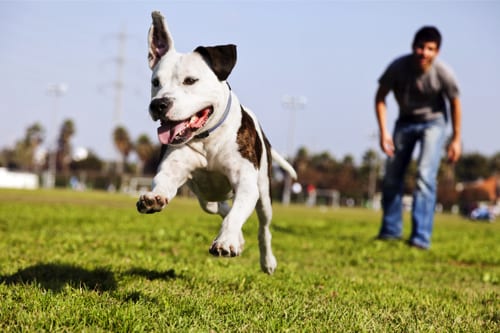 The latest in a parade of Chicago Mayoral candidates to appear on my WGN Radio Steve Dale’s Pet World was supposed to be Susana Mendoza. However, it turned out she had her phone on mute (from an earlier appearance) and forgot to turn the volume back on. I understand – as I’ve done the same. So, Mendoza will join us on Sunday, February 10, 6:35AM. Meanwhile, I talked here about a story I wrote prompted first by the awful tragedy in West Chicago, which 30 dogs were killed and dog training.

The trainer, Garrett Mercado, who lived at the facility, lost all he owned, and his own personal dogs perished in the blaze. I spoke with Garrett on WGN, and he talked about the fire. When it was announced that I’d have Garrett on the show, I was bombarded with messages in social media warning me about his aversive dog training techniques. I do wonder where all these people were before the fire. Anyway, I did quiz Garrett about his philosophy of training dogs. But truly ran out of time to discuss in detail.

I don’t know enough to launch an attack on Mercado. And he has, according to many, saved countless dog lives. He took dogs others would not – he’s a last ditch effort trainer to turn dogs around.

I explain, I am not a fire inspector and can’t comment on the fire nor have I seen Mr. Mercado train. The facility’s owner says too many dogs were there in the first place. I don’t know about any of that.  What I do know are some ways which perhaps such a tragedy may be averted in the future. And I will have more details in a few weeks.

Also, nationally, there are many trainers who support the notion that all dogs must be saved, and can be saved. I talked on the show and wrote in this story about why I believe that endangering our community benefits no one.  I don’t believe in that approach. However, I write that I believe that most dogs can be saved, and the effort must be made. However, how you work with this those dogs does make a difference. And likely a more humane approach, while it may take a tad more time, actually relates to better outcomes.

Intimidating dogs isn’t the same as truly teaching dogs. And the ‘let’s just get it done’ approach should no longer be acceptable. I support Fear Free as an approach for veterinary professionals, and the same is true for dog trainers. Orphaned dogs who find themselves in shelters and rescues deserve this compassionate approach.

Giving credit where it is due, in an instant message comment on Facebook, noted trainer Julie Dorsey Oskerka prompted me to think about this issue which previously never occurred to me.

You texts and calls on many topics that I have the time to read or answer on air. As always, I simply run out of time to do it all.

Examples include: A 15-year old cat who poops in the bathtub; the Puppy Bowl and the Kitten Bowl; grain free diets for puppies and someone who feeds their overweight cat once daily.

Also, I talk about the special event to celebrate the opening of a kitten nursery at the Windy Kitty Cat Cafe.