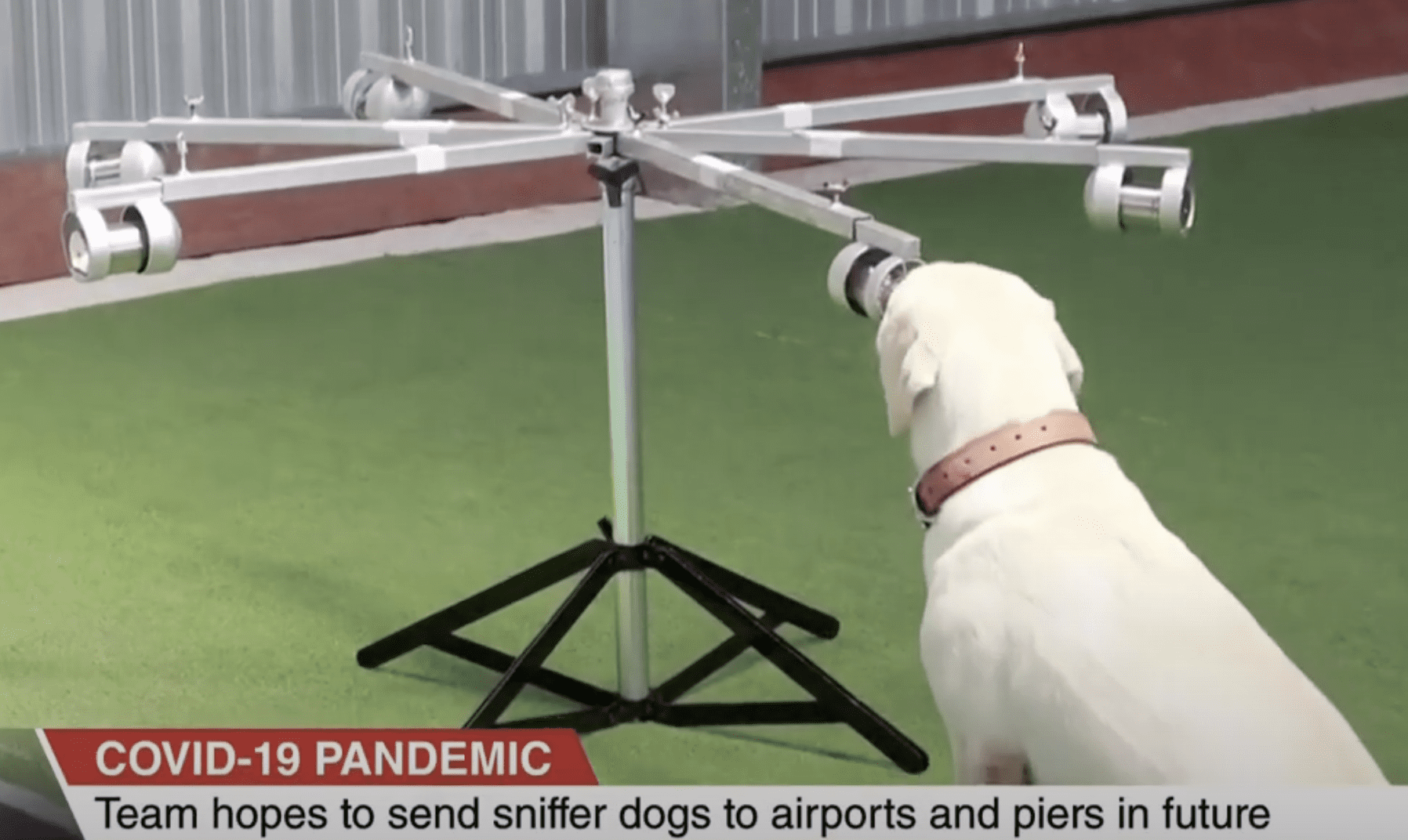 The Bristol County Sheriff in Massachusetts announced its coronavirus-detection K-9 team saying they are the first law enforcement group in the country to utilize COVID-19 sniffing dogs. Although dogs have been used here and there such as dogs sniffing people before seeing a Miami Heat basketball game.

Dogs can do more than detect Sudden Acute Respiratory Syndrome Coronavirus-2 (SARS CoV-2) which causes COVID-19, they can even identify variants (such as the Delta variant). 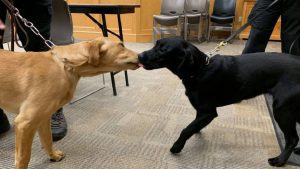 So, how do dogs do this? Dogs have about 300 million receptors in their noses; we mere humans have about five million. Many of us have heard that dogs have a much better sense of smell than human beings. In general, the dog’s nose is 100,000 to one million times more sensitive than the human’s, while the bloodhound has a nose that is 10 to 100 million times more sensitive than ours.

And the place in a dog’s brain to “translate” what they’re smelling is larger and more complex than in humans.

The Bristol County program will begin with a pair of dogs, both Labradors, named Duke and Hannah.

Thailand has now deployed dogs trained to detect coronavirus infections by sniffing samples of human sweat, as the country deals with a spike in infections, including many without symptoms of the virus. And that is exactly why dogs are FAR more accurate when compared to temperature checks. Many people carrying and spreading SARS CoV-2 have no signs or symptoms, and therefore no fever. And even some mildly ill with COVD-19 have no fever or simply haven’t developed a fever yet. Temperature checks are a tool, but it is not an accurate one to determine if a person has COVID-19.

In Thailand three of six trained Labradors made their debut at Bangkok’s Chulalongkorn University after trials that the project leader said had shown a success rate of about 95 percent, with about 2,000 samples sniffed this month.

The dogs are not required to smell the humans directly. Sweat samples are collected from humans and stored in small metal containers for the dogs to inspect one-by-one. And there’s no need to wait a day or days for a lab report

The project’s directors hope the dogs will be used at airports or boat piers and say they are more effective than temperature checks.