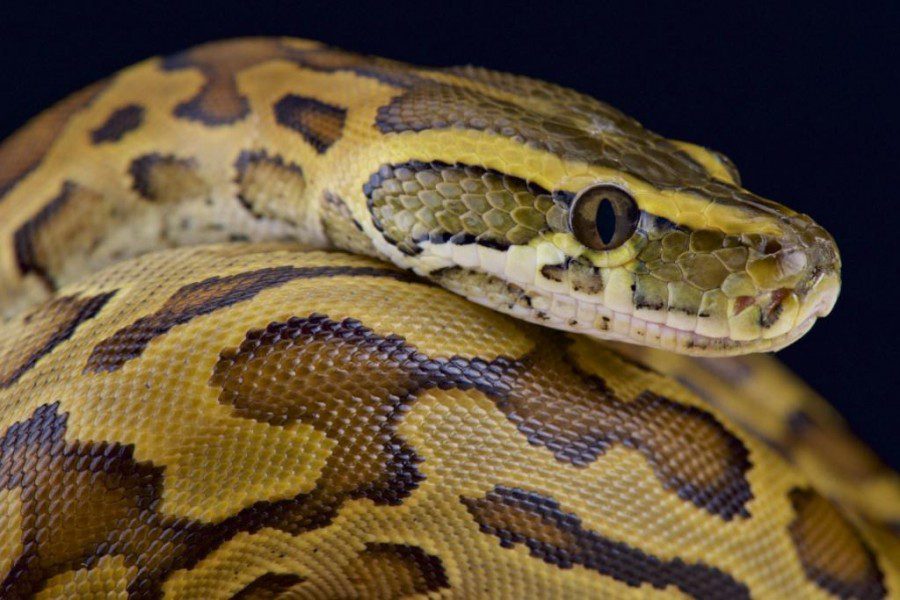 I was surprised at the number of  those in social media who said “Kill the snake.” 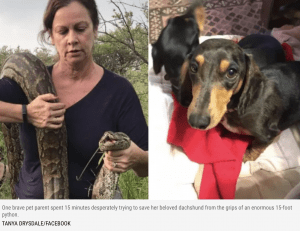 Tanya Drysdale, the snake and the dog

I previously wrote about Tanya Drysdale of Botswana, Africa seeing that her Dachshund had been attacked and was being suffocated by a 15-foot long python, she (with her husband) struggled for 15 minutes to free her dog.  I presume this was an African Rock Python. They are constrictors, which is how they ultimately kill prey but they most certainly do bite. In fact, some of the snake’s teeth were apparently impaled in the dog’s tummy. Despite the ordeal, the dog is doing well. And reportedly, the snake also survived and was freed.

I really don’t know all the circumstances of what happened or why Ms.Drysdale, by all accounts, allowed her dog outdoors and unsupervised where there are predators, including pythons. Having said that, rock pythons aren’t coyotes – and the fact that a human is 6-week away on the other end of a leash may not have mattered anyway. No matter, why would you kill the snake?

I would do anything to save my dog but the snake was only doing what comes naturally. Once the dog was saved she let the snake go. And why not?

Even large and scary snakes serve a purpose in ecosystems.

African rock pythons are opportunistic, and will eat whatever they can without thinking too much about it. These aggressive snakes lay in waiting, hiding, ofen in their burrow or in tall grass and then ambush. Dogs are hardly ever on their usual menu which is wide ranging, from rodents (like rats and mice), mongoose, monkeys or even young leopards or lion. Being excellent swimmers, they can take a water loving bird, such as a heron. If they can, they will even snatch small antelope.

This video isn’t recommended for those having lunch, a rock python dining on a young impala. Still, while our sensibilities are horrified – I suggest killing the snake for surviving is simply wrong.