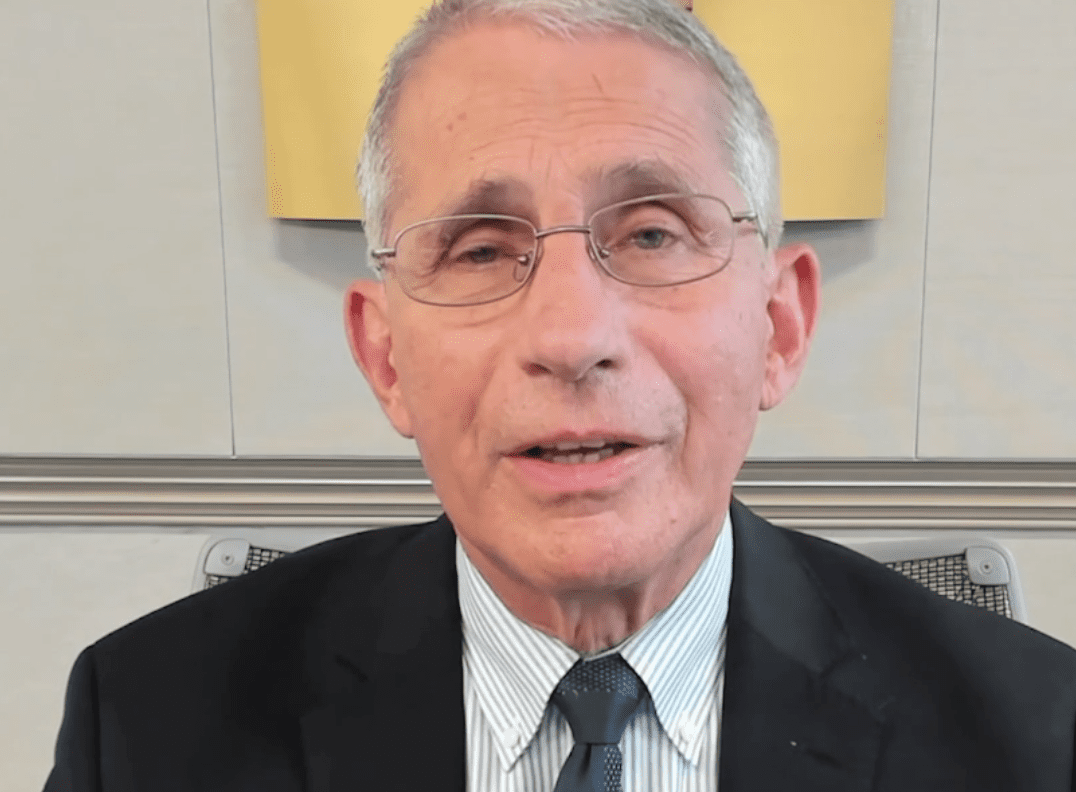 Dr. Anthony Fauci spoke for just over 15 minutes on August 22 at the closing session of the Virtual Convention of the American Veterinary Medical Association. Of course, he didn’t need to explain what corona viruses are to this crowd of veterinary professionals. He noted that four corona viruses cause 15 to 30 percent of common colds in humans. And this newest novel corona virus is related to MERS (Middle Eastern Respiratory Syndrome) and even more closely to SARS (Sudden Acute Respiratory Syndrome) CoV-1, and this new novel corona virus is named SARS CoV-2. And it’s this new virus that causes COVID-19. 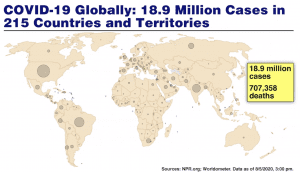 One bit of news not heard from Dr. Fauci previously is the percent of people he says that are absolutely asymptotic as 20 to 40 percent. This is a larger number that he has previously suggested.

This new is hugely significant. Dr. Fauci didn’t say this but think about it, for most asymptomatic people they would likely have no reason to be tested for SARS CoV-2, so the number of people infected worldwide (including in the U.S.) is likely far higher than reported. According to the Centers for Disease Control, that number is just over 5.7 million infections in the U.S, (as of August 25) .

Dr. Facui did add, “It’s rather unusual to go from so many with no disease (symptoms) at all to those with severe enough disease to die.” 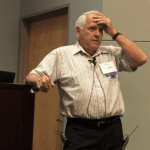 Dr. Fauci spoke about treatments, including the drug Remdesivir but oddly – while he talked about Remdesivir – he did not mention the One Health aspect of discovering the possible use of that drug for people from its success at treating cats. 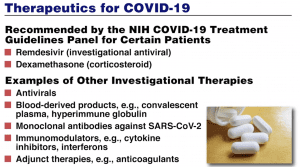 Without Dr. Pedersen, and the success of the drug he used in cats with once fatal FIP (which is like Remdesivir called GS-441524) and support for funding from the Winn Feline Foundation, it’s unlikely that anyone would have thought about Remdesivir.

Remdesivir is a polymerase inhibitor. A similar but even more successful compound at treating FIP, GC376 is protease inhibitor, Aninive is seeking FDA approval of the GC376 product to treat FIP cats. And now is investigating its use for people with COVID-19.

Dr. Fauci spoke about vaccines and offered a similar timetable as to what he’s talked about previously, “I am cautiously optimistic we will have vaccine in the early part of 2021 and people will be vaccinated throughout the year”. He also identified the three categories of vaccines being investigated: 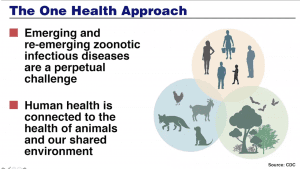 Dr. Fauci didn’t address the issue of animals getting COVID-19 or not or under what circumstances.

He concluded, “A shout out to the One Health approach, particularly to this audience, as emerging and remerging infections are truly a perpetual challenge with 70 to 75 percent of all new infections emerging from animal hosts. And human health is connected to the health of animals in our shared environment. Thank you for your participation in the health of our nation by the study of animals.”