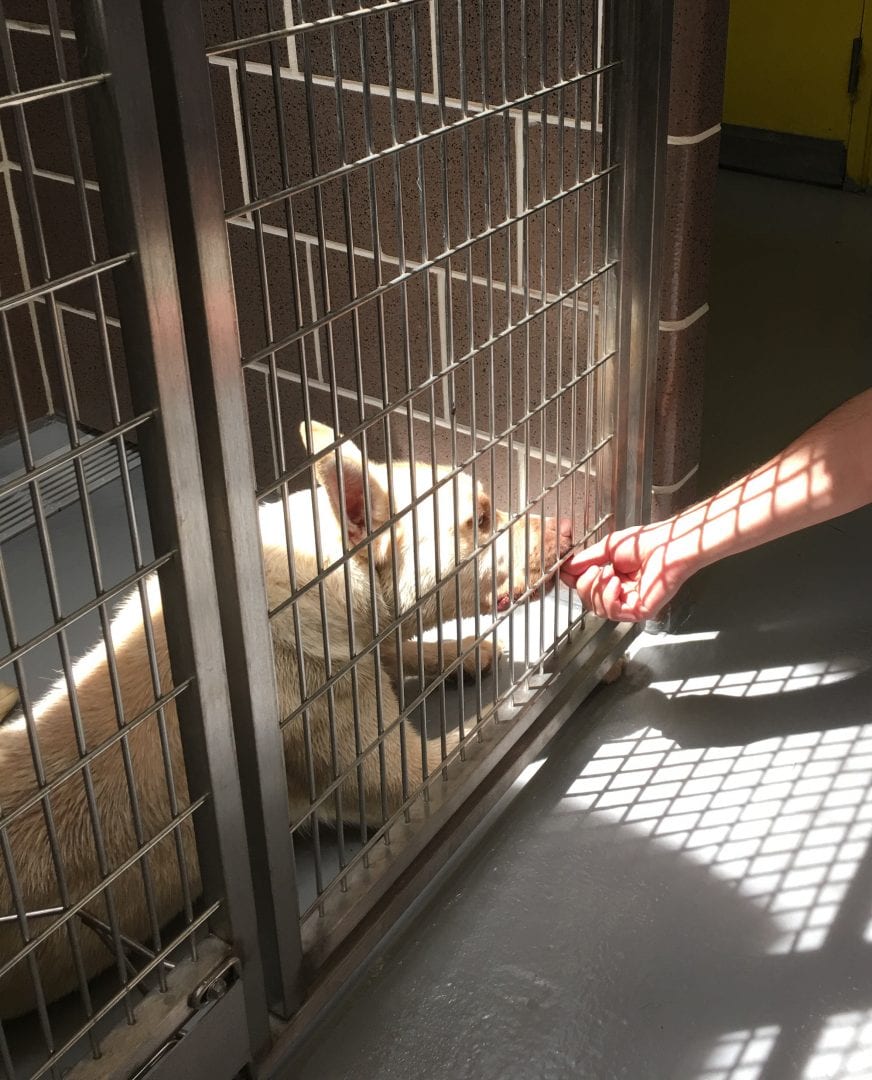 At the Conference of the Animal Behavior Society, I met Dr. Erica Feuerbacher, assistant professor of Companion Animal Welfare and Behavior in the Department of Animal and Poultry Science at Virginia Tech. Her talk at the conference was great, and I was thrilled when I heard she’d come on my WGN Radio Steve Dale’s Pet World radio show with me to share it all with you. Listen HERE. 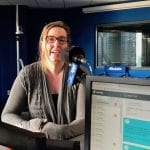 Dr. Feuerbacher’s most recent research is on the emotional well-being of dogs at animal shelters. And that’s what we talked about.

While know dogs like to be touched – it turns they may appreciate that gentle petting even more than they like and appreciate vocal praise. She learned even owned dogs prefer a stranger’s petting to their owner’s vocal praise – which is compelling evidence. I explain why I am re-thinking training for house-training puppies to include touch, based on her evidence. However, Feuerbacher explains that touch has to be on the dog’s terms. This might also work to console dogs at veterinary clinics.

We talk about this new trend of taking dogs out of the shelter for weekend getaways or even for only 24 hours – then the dog returns to the shelter. Is this a bad idea? It turns out that the idea is a good one. Not surprisingly dogs’ cortisol levels drop out of the shelter, but once back in the cortisol – while it may go up – doesn’t return as high as it previously was. Most of all, what many of these shelter weary dogs want to do is simply to – pardon the expression – catnap. 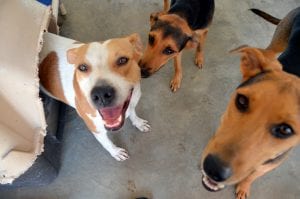 Sleep can be hard to come by in a stimulating, stressful and noisy animal sheltering facility. Feuerbacher says just watching Netflix with a dog might be beneficial (depending on the movie you choose).

A listener from St. Petersburg, FL wanted to know about volunteer opportunities, which Feuerbacher explained.

If she was Queen of the World and could help shelter dogs what would Dr. Feuerbacher do?

Also, I talk about the law about to be signed by Gov.J.B. Pritzker regarding fire safety, and offer an update on where that bill is.