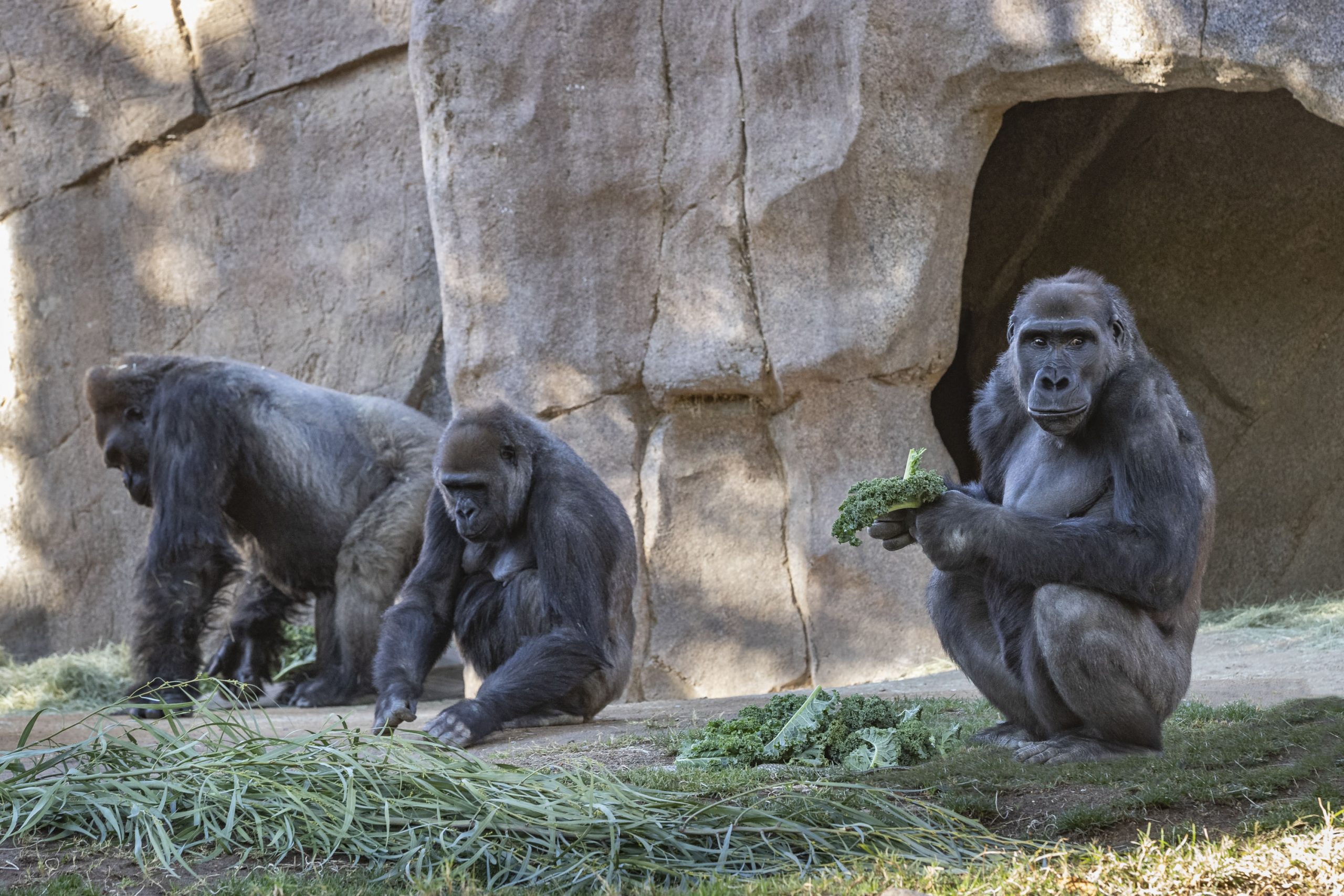 According to a press release from the San Diego Zoo Safari Park: Members of the Gorilla Troop at the San Diego Zoo Safari Park have tested positive for SARS-CoV-2, the virus that causes COVID-19. On Wednesday, January 6, two of the gorillas began coughing. Given current circumstances, San Diego Zoo Global initiated the process of testing fecal samples from the gorillas for SARS-CoV-2 through the California Animal Health and Food Safety Laboratory System (CA HFS). On January 8, the preliminary tests detected the presence of the virus in the gorilla troop. The U.S Department of Agriculture (USDA) National Veterinary Services Laboratories (NVSL) confirmed the positive results on Monday, January 11.

“Aside from some congestion and coughing, the gorillas are doing well,” said Lisa Peterson, executive director, San Diego Zoo Safari Park. “The troop remains quarantined together and are eating and drinking. We are hopeful for a full recovery.”

It is suspected the gorillas acquired the infection from an asymptomatic staff member, despite following all recommended precautions including COVID-19 safety protocols from the Centers for Disease Control and Prevention (CDC) and San Diego County Public Health as well as wearing PPE when near the gorillas. Research studies have verified that some non-human primates are susceptible to infection with SARS-CoV-2, but this is the first known instance of natural transmission to great apes and it is unknown if they will have any serious reaction.

Zoos and wildlife parks have known about socially distancing great apes from people for many years. Obviously, there’s a safety issues, but just about any virus contagious to people is also contagious to great apes. And sometimes illness is worse in great apes than in people. So the very good news is that these endangered Western lowland gorillas appear to be doing reasonably well.

My only surprise is that it’s taken this long for great apes to be diagnosed with COVID-19. No doubt, not all zoos in the world would be as diligent about watching for signs of illness and then testing. But many zoos are – and this is the very first report of its kind. The fact that is the first reported event also demonstrates the care which animal keepers have around great apes.

Dogs can get COVID-19 from people, but the virus doesn’t like to be in dogs very much, and only very rarely do dogs show signs of illness. The virus receptors clearly prefer cats, which would be a huge problem, except that cats, while easily infected, usually instantly fend off the virus. If we only could know how cats do that. As for gorillas, not enough gorillas have been infected to tell us much. So, therefore much is unknown about COVID-19 and Western lowland gorillas, let alone other gorilla species, chimpanzees, orangutan species or bonobo (the other great apes)  Nearly all tourists applications to view mountain gorillas in the wild are remain suspected, as these animals are too endangered to risk close human contact. For various reasons, mountain gorillas are particularly prone to respiratory illness. For years, experts have continued to look for new ways to reduce the risk of human respiratory viruses on great apes. Up to 20 percent of deaths among mountain gorillas are caused by respiratory illnesses, according to Gorilla Doctors (Mountain Gorilla Veterinary Project) who work in the region.