EveryCat Health Foundation a Winner for Every Cat 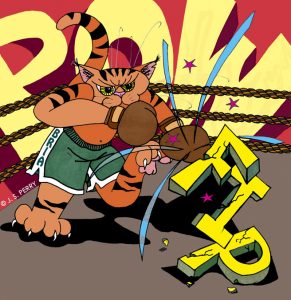 It’s no exaggeration to suggest every domestic cat on the planet has been touched by what Winn has supported discovery of over the decades. 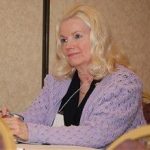 Case in point, I begin with feline infectious parotitis or FIP.  From the non-profit’s inception, Winn began a long association with legendary feline researcher Dr. Niels Pedersen at the University of California, Davis. It took decades for Pedersen and others around the globe to even understand FIP, which had always been considered fatal. Today, FIP is officially designated at treatable. In 2019, I co-organized (with Julie Legred, then Winn Executive Director) a symposium at the University of California, Davis called Purrsuing FIP and Winning. This event brought together researchers funded by Winn over decades from around the globe, arguably the largest gathering of its kind ever in feline medicine.. 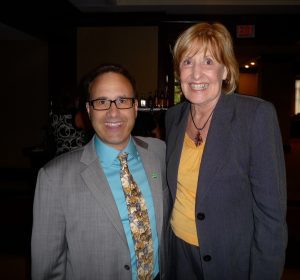 with Joan Miller at a Winn Feline Symposium

The Foundation was created in 1968 at a Cat Fanciers’ Association (CFA) Board Meeting in Chicago when the late Robert Winn established a fund for studies with $125. Since then, the non-profit has funded close to $8 million in grants and is the only organization on the planet solely dedicated to funding cat health studies.

CFA Board Member and cat breeder Joan Miller joined the Winn Board in 1978 and became President two years later, continuing through 1996. “In those days, our grants were small,” she recalls. Still, Miller strongly felt it was imperative to set up a veterinary advisory group to assist Board members to review grant proposals. From then on Winn has attracted some of the most well-known and prominent veterinarians to volunteer their time to choose grants to fund, which today the Winn Feline Scientific Review and Advisory Panels are led by Dr. Glenn Olah. 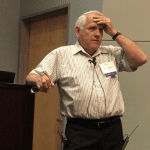 Dr. Brian Holub was an American Shorthair cat breeder and private practicing veterinarian when he began as a reviewer, decades later he remains a reviewer and is a Board Member. Though he’s the Chief Medical Officer at VetCor, he still treats sick kitties weekly in-practice.  “I’ve lived through and have witnessed the difference Winn funding makes, even with life-saving treatments,” he says.

Miller recalls when feline leukemia was devastating cats around the world in the early 1980’s. “At that time, the disease didn’t even have a name,” she says. “We called it the feline lymph node illness. We knew next to nothing.”

Winn again funded Pedersen at the University of California Davis. The seed money made it possible to understand the retrovirus, so the disease could be tackled and ultimately a vaccine was created.

Dr. Paul Pion, then a cardiology resident at the University of California, Davis had a theory, which many considered “pure crazy.” He theorized that cats were then going blind, getting gravely ill from dilated cardiomyopathy (DCM) because there wasn’t enough taurine (an amino acid) in cat foods. With Winn funding Pion proved his crazy idea to be true. As a result, pet food manufacturers have long adjusted their recipes and DCM isn’t seen often today. 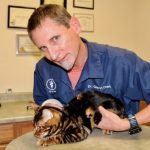 Current Board President Dr. Drew Weigner, who has served on the Winn Board since 2014, adds, “Very recently we supported a promising collaboration, a partnership with the two largest pet food companies, Purina and Mars. Our goal is to investigate the role of phosphorous in the development of kidney disease.”

It’s the first time these two pet food titans have partnered, leaning on EveryCat to call for proposals and then direct money to resolve the riddle of the most common geriatric disease of cats, potentially saving millions of lives. 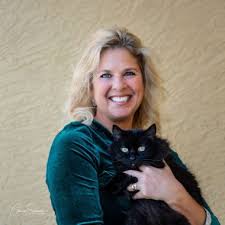 Before funding from his non-profit dedicated to cat health, diabetes in cats was totally misunderstood; the virus causing feline immunodeficiency virus (FIV) wasn’t identified; a transdermal medical to stimulate appetite didn’t exist; a mutation responsible for craniofacial defect in Bermese cats wasn’t known; even treating ringworm in shelters and for owned cats wasn’t very effective. This list could go on for pages.

In fact, without Winn and Pedersen – who used a compound nearly identical to Remdesivir treat FIP cats – Remdesivir wouldn’t have likely been thought about to treat people with COVID-19 caused by SARS CoV-2.

“I knew Winn had impact,” says Board member Dr. Dean Vicksman, “But I surprised how much there truly is, the depth of the research we’ve funded and continue to fund is amazing.” 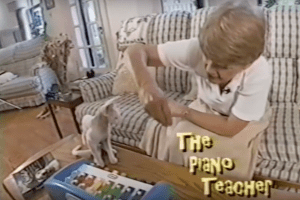 From one of Ricky’s many TV appearances

I became involved with organization because of Ricky, a pretty famous Devon Rex cat at one time for his piano playing skills, and ability to literally jump through hoops over dogs (or little kids) on a ‘down/stay’ and various other behaviors. Well before YouTube, TV loved Ricky and he loved being on TV – even learning to look for that little red dot on cameras. He loved to go out on a harness and leash; incredibly social and then busting myths people had about cats. Ricky appeared on WGN radio, various Animal Planet shows, Pets: A Part of the Family on PBS, on shows on Discovery, and even Japanese TV. And was featured twice on Paul Harvey’s The Rest of the Story.

In 2002, when Ricky suddenly died of feline hypertrophic cardiomyopathy, I new we needed to do something about this very common cause of death, and launched he Ricky Fund. The Ricky Fund has now raised about $200,000 for studies. There is understanding of prevalence, and also a simple cheek swab test in Maine Coons and Ragdolls can discern if a gene defect exists. And finally, now, it’s seems researchers are turning a corner regarding this heart disease in cats.

“I couldn’t be more excited about moving our mission forward through the evolution to EveryCat Health Foundation,” says Executive Director Jackie Ott Jaakola “There isn’t a more appropriate time than now – when the world recognizes how important our animal companions are in our lives – for communities to join us and work together to help improve the lives of cats and people who love them.”