More Evidence Regarding Declaw in Cats 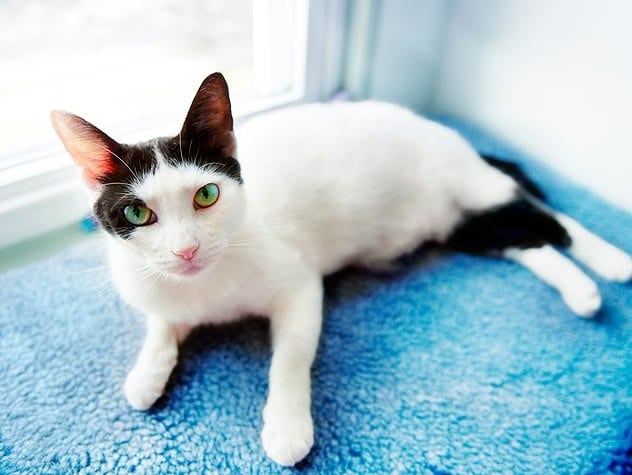 Increasingly, it appears fewer cat owners seek to have their cats declawed. Increasingly, organized veterinary medicine discourages declaw (Onychectomy), and increasingly some individual veterinarian refuse under any circumstances to declaw. Other veterinarians will only declaw after all behavior alternatives are tried.

There’s no data to absolutely demonstrate, but declaw is likely being done today far less often than even say 20 years ago.

Make no mistake about it, declaw is an amputation. And that’s a fact. 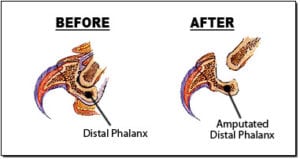 What a declaw is

A declaw is an irreversible elective surgical procedure. A cat’s toe has three bones. In a declaw, the veterinarian amputates the final section of the last bone (which contains the growth plate and the nail — like cutting off a finger at the knuckle). 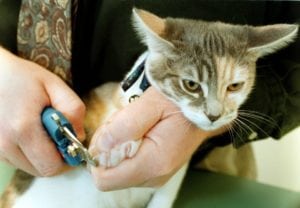 Periodically clipping a cat’s nails is not hard work

Recently a study was published in Applied Animal Behaviour Science, the Official Journal of the International Society for Applied Ethology.

Here are highlights of the abstract from Saethra Jade Fritsche and James Ha, University of Washington, Department of Psychology.

“Opponents of declawing contend that it causes behavioral problems, whereas others, including the American Veterinary Medical Association, state that because destructive scratching is a risk factor for relinquishment and euthanasia, declawing is a reasonable alternative. If declawing causes behavior problems, the declawing of cats would put them at higher risk of surrender and euthanasia. If declawing is assumed to cause behavior problems, declawed cats could be at higher risk for lack of adoption and subsequent euthanasia at shelters.

“We compared the estimate of the percentage of declawed cats in the general population to that found in the shelter population. We also examined the possible relationships between declawing and biting behavior, length of stay in a shelter, and euthanasia. Finally, we compared the number of actual biting cats in the shelter to estimates of cats surrendered to shelters at large for the stated reason of biting.

“We found that declawed cats were significantly underrepresented in the shelter as compared to estimates in the population at large (p < 0.001). We found no significant correlation between declawing and biting behavior (p = 0.456), or between declawing and euthanasia (p = 0.579). We found a significant increase in the length of time that declawed cats spent at the shelter before being adopted (p < 0.001). We also found that biting behavior was rarer in the shelter cats than would be expected based on owner reports for reasons of surrender on average to a shelter (p < 0.001). Exploratory analyses of variables contributing to the risks of biting, lack of adoption, and euthanasia revealed a number of alternative explanatory factors.” 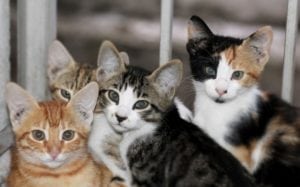 Kittens tend to be adopted declawed or not, but it’s a particular shame to declaw a kitten – they can easily be instructed on where to scratch

Based on my shelter experience, some people  – as a result of their own misconceptions – prefer to adopt a declawed cat. Others don’t care one way or the other, and choose what they choose. Either way, declawed cats have no problem being adopted.

Lots of websites and anecdotally the suggestion is that declawed cats are more prone to biting and also inappropriate elimination, which is generally untrue. True, immediately following declaw some cats are in pain, and therefore develop an aversion to the litter box. They “blame” the box for their pain. 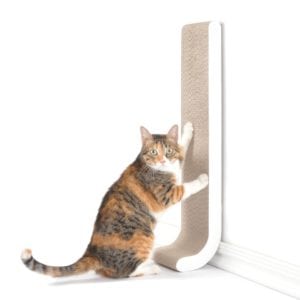 I am not proponent of declaw, a practice that I believe is barbaric – still I offer the truth. And some websites and individuals do sensationalize, but true enough most peer reviewed veterinary studies indicate declaw doesn’t lead to poor behavior, and therefore doesn’t lead to relinquishment because of poor behavior. Having said that, no doubt some individual cats are prone to various behavior problems following the trauma.

Also, “phantom pain” described by people with an amputated limb could conceivably occur in cats; we don’t know.

So what about veterinarians that still routinely declaw? Well they are happily few and far between, and in opposition to declaw guidelines of the American Association of Feline Practitioners and American Veterinary Medical Association.  Both organizations discourage declaw. But they don’t say “never.”

By my count, declaw is banned or significantly restricted in over 20 countries. Should the U.S. be one? As barbaric as the practice is, I worry some confused owners will give up cats to shelters if they can’t be declawed, particularly when doctors order declaw for fear of an immune compromised patient being scratched. I’m unsure a law won’t have any unintended outcomes. However, public opinion about declaw is moving in the right direction, and hopefully soon enough few cat owners will ask their cat to be declawed.