FDA: Ivermectin, Effective Dewormer and for Parasite Control for Animals Is NOT a Treatment for COVID-19 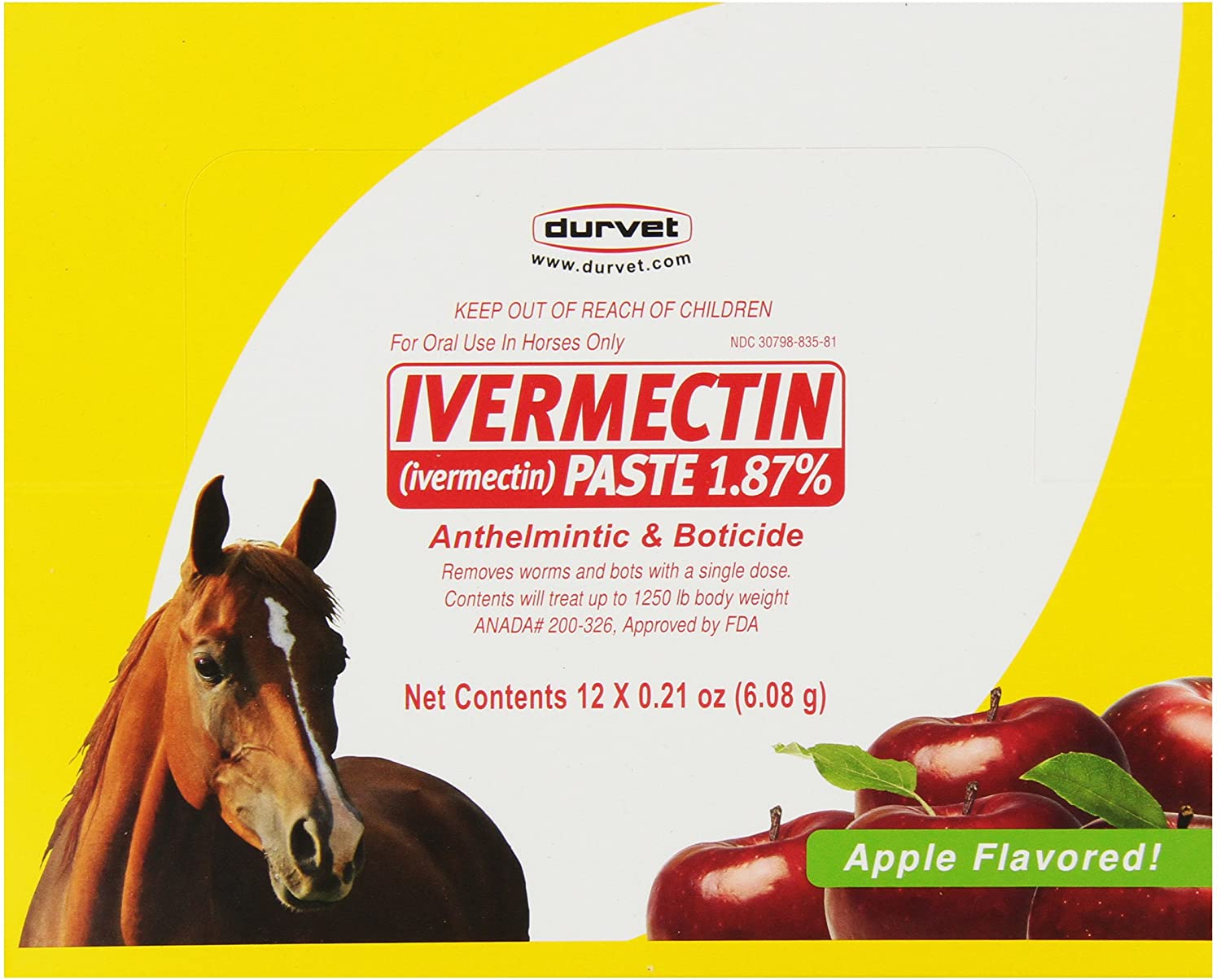 It would be laughable if it wasn’t so sad and frankly ignorant. Some people who won’t take the vaccine to protect against the Sudden Acute Respiratory Syndrome 2 causing COVID-19 are instead ingesting ivermectin, an anti parasitic used in animals. In fact, taking ivermectin may be fatal in large doses meant for cattle or horses.

It’s true, early in the pandemic ivermectin showed a promise as an Australian study considering ivermectin in a cell culture showed promise. However, subsequent studies appear to suggest ivermectin will not be effective to fight COVID-19. No matter, ivermectin formulated as an anti parasitic for animals likely wouldn’t have been the means to take the drug. The American Medical Association recently published a study in the AMA Journal demonstrating ivermectin’s lack of effectiveness at fighting COVD-19. Their summery of findings:

Astoundingly, this problem has gotten so crazy out of control that the United States Food and Drug Administration has issued this statement:

COVID-19. We’ve been living with it for what sometimes seems like forever. Given the number of deaths that have occurred from the disease, it’s perhaps not surprising that some consumers are looking at unconventional treatments, not approved or authorized by the Food and Drug Administration (FDA).

Though this is understandable, please beware. The FDA’s job is to carefully evaluate the scientific data on a drug to be sure that it is both safe and effective for a particular use, and then to decide whether or not to approve it. Using any treatment for COVID-19 that’s not approved or authorized by the FDA, unless part of a clinical trial, can cause serious harm.

There seems to be a growing interest in a drug called ivermectin to treat humans with COVID-19. Ivermectin is often used in the U.S. to treat or prevent parasites in animals.  The FDA has received multiple reports of patients who have required medical support and been hospitalized after self-medicating with ivermectin intended for horses.

Here’s What You Need to Know about Ivermectin

What is Ivermectin and How is it Used?

Ivermectin tablets are approved by the FDA to treat people with intestinal strongyloidiasis and onchocerciasis, two conditions caused by parasitic worms. In addition, some topical (on the skin) forms of ivermectin are approved to treat external parasites like head lice and for skin conditions such as rosacea.

Some forms of ivermectin are used in animals to prevent heartworm disease and certain internal and external parasites. It’s important to note that these products are different from the ones for people, and safe when used as prescribed for animals, only.

When Can Taking Ivermectin Be Unsafe?

The FDA has not reviewed data to support use of ivermectin in COVID-19 patients to treat or to prevent COVID-19; however, some initial research is underway. Taking a drug for an unapproved use can be very dangerous. This is true of ivermectin, too.

There’s a lot of misinformation around, and you may have heard that it’s okay to take large doses of ivermectin. That is wrong.

Even the levels of ivermectin for approved uses can interact with other medications, like blood-thinners. You can also overdose on ivermectin, which can cause nausea, vomiting, diarrhea, hypotension (low blood pressure), allergic reactions (itching and hives), dizziness, ataxia (problems with balance), seizures, coma and even death.

For one thing, animal drugs are often highly concentrated because they are used for large animals like horses and cows, which can weigh a lot more than we do—a ton or more. Such high doses can be highly toxic in humans.