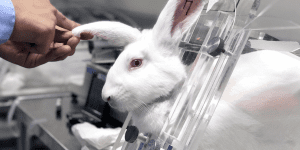 This legislation ends a now antiquated FDA mandate that experimental drugs must be tested on animals before they are used on humans in clinical trials. The bill doesn’t ban animal testing outright but would allow the option for drug sponsors to use alternative methods where they are suitable.

“The FDA Modernization Act 2.0 will accelerate innovation and get safer, more effective drugs to market more quickly by cutting red tape that is not supported by current science, and I’m proud to have led the charge. The passage of this bipartisan bill is a step toward ending the needless suffering and death of animal test subjects – which I’m glad both Republicans and Democrats can agree needs to end,” said Dr. Paul in a statement. 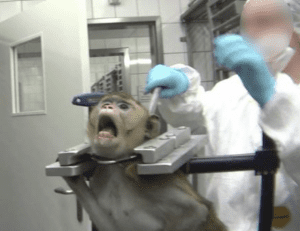 “Lawmakers from both parties recognize that the United States must lift an archaic animal-testing mandate for drug development and replace that strategy with 21st-century methods grounded on human biology,” said Wayne Pacelle, president of Animal Wellness Action and the Center for a Humane Economy. “This is the biggest policy development in Congressional history on the fight to replace animal testing with morally and scientifically superior methods.”

In 1938, Congress passed the U.S. Federal Food, Drug, and Cosmetic Act, mandating animal toxicity testing. Since then, over 80 years later, science and data has shown that in some products, animal testing is not an accurate predictor of toxic responses in humans, all while animal testing on any single pharmaceutical product often requires killing hundreds of innocent animal test subjects and it turns out to no benefit.

Animal Wellness Action, the Center for a Humane Economy, and nearly 200 organizations, medical associations, biotech, and patient advocacy groups applaud Senate passage and call on the House to take up the measure, and sooner than later. Contact your U.S. Representative

the over 4,000 Beagles successfully rescued form a lab in  Cumberland, VA never would have been in a lab in the first place, and bred and overbred if the FDA Modernization Act had been in effect previously.

You can read the FDA Modernization Act 2.0 HERE.