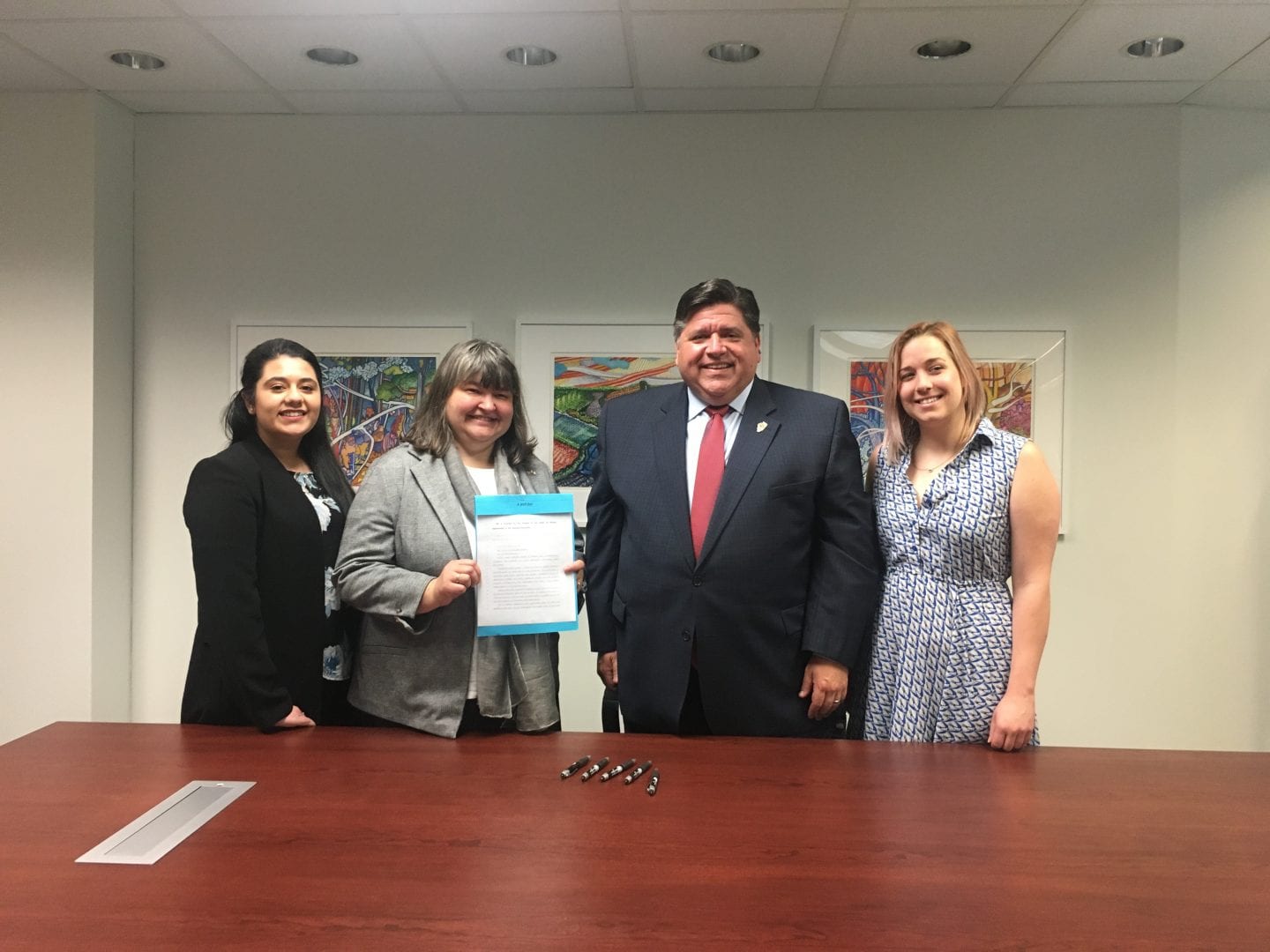 Illinois is now the first state to mandate fire protection for pets in kennels/boarding facilities. Kennels now will require a fire alarm system ringing directly to first responders, a sprinkler system or a human being on premises.  This signing was the fifth bill I’ve been invited to a signing for in Illinois, but the first with Illinois Governor J.B. Pritzker. However, I am Columbia, South America speaking at a veterinary conference and was unable to attend. Joining Governor J.B. Pritzker was State Rep. Diane Pappas (D-45th district), who sponsored the bill.

When over 30 dogs were killed in a fire in West Chicago at Bully Life Animal Services (formerly D and D Kennels),  2N442 County Farm Road on January 14, I thought this shouldn’t ever happen again. Indeed, this tragedy, and others like it – which do happen around the country – are often preventable. I thought we need a pet fire safety bill not only to benefit Illinois but also the rest of the country. 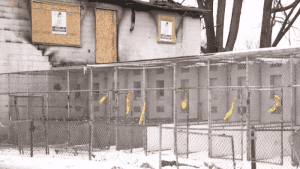 Simultaneously, there was all sorts of controversy and allegations about there being too many dogs at Bully Life Animal Services in overcrowded conditions at the time of the fire, about poor wiring (causing the fire) and about aversive training methods allegedly used by the trainer/manager of the facility.

Indeed evidence suggested there were far too many dogs at the facility. But I am not a fire inspector and the manager’s training methods – while important – have little directly do with the fire.

I decided to take action to do what I can. I contacted Marc Ayers, Illinois Director of the Humane Society of the United States, and he agreed and with Pappas worked hard to make this bill a reality.

Ayers stewarded the bill – the first like it in the U.S.. Pappas stepped up to help write it and also and to sponsor.  The co-sponsor was State Rep. Allen Skillicorn (R-66th district). The Illinois Senate version was supported by Sen. Donald DeWitte (33rd district), where it passed unanimously. (And that in a state where nothing passes unanimously).

I spoke to fire officials who concurred that fire protection for pets will likely save pet lives, “no question” and also human lives. When the fire department isn’t alerted early to a fire, it the fire may grow larger – and therefore may be more dangerous for firefighters. Also, there may be more structural damage and a greater chance of the fire spreading to adjacent buildings.

On Christmas Eve last year, a kennel fire took the lives of nine dogs in Maryland. On March 5 no dog made it out alive from a kennel fire in Stacy, Minnesota. Eighteen dogs perished. Other states have already contacted me, and my hope is that this effort will be replicated elsewhere. In Spring 2018, 30 dogs were killed during fire at a west Michigan kennel.  Sadly, these fires are not uncommon. While human daycare (appropriately) has a myriad of fire safety laws, mostly laws for pet facilities are nonexistent. Please help this to change in your state and support or create fire a protection for pets bill.

On July 11 presumptions of cruelty were supported by the DuPage County State Attorney’s Office and others following a six month investigation. At a press conference, it was announced that  caretaker, trainer and owner Garrett Mercado has been charged with 28 misdemeanor counts, 14 counts of animal cruelty and 14 counts of violation of owner duties. It is alleged 58 dogs were at the facility at the time of the fire, and kept in conditions described at the press conference, unsuitable to keep animals humanely. While there were nearly 60 dogs on the premises; there were only 13 operational kennel runs, according to investigators.

The exact cause of the fire officially remains “undetermined.”

(On Sunday, August 18, Rep. Pappas will join me on WGN Radio, 720AM or www.wgnradio.com to talk about the bill).