It’s not that dogs aren’t patriotic, but many dogs, and also some cats, are terrified of the loud and sudden bangs we call fireworks around July 4th. It’s arguably adaptive to be hard-wired to be afraid of sudden loud sounds.

We too may jump and even run from loud and unexplained noises. Who wouldn’t? Dogs do too. And if the cacophony continues, we could even hide. Also, consider canine and feline hearing is far more sensitive than our own. 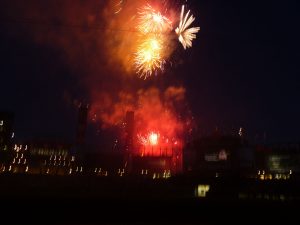 Dogs are generally far more affected by the loud sudden sounds compared to their feline cousins.

There could be enough time now to help fireworks fears by using a training method referred to as desensitization and counterconditioning.

Begin by playing the sounds at a very low level, all while distracting the dog (or cat) with play/fun or placing high value food or treat inside a toy. At first, the pet is far from the speakers, but ever so gradually move the pet closer and simultaneously pump up the volume. 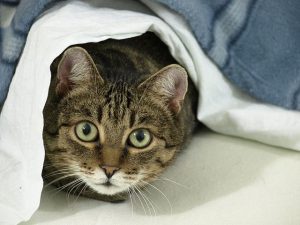 If the pet is okay for a time with this association and tolerates and ignores the sound but then becomes concerned, it means you’ve gone too far too fast.

The idea is twofold: First to help the pet feel more comfortable with the sounds of fireworks. And second to even associate that once fearful sound with something good, such as special treat.

This method helps many dogs, certainly not all dogs. It may take two to three or four sessions a day for seven days or much longer – it’s hard to say.

Do Pheromones, Do Nutraceuticals 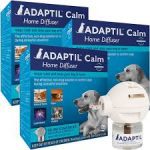 If you know from previous experience in past years that your dog is going to be anxious for certain consider some combination of the following products to help:

For dogs, plug in an Adaptil diffuser, and for cats, a Feliway Classic diffuser. Each is a copy (analogue) of naturally occurring pheromones to help each species to feel more comfortable in their own environments. Absolutely, now is the time to plug in those pheromone products, which can facilitate the desensitization and counter conditioning training.

Any product or drug can be used in conjunction with pheromone therapy and begun a few days before the fireworks or to help with the behavior modification protocols described above. Here are three nutraceuticals:

Zylkene: As their website says, helps pets to find their “zen.” 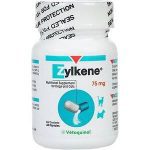 Zylkene contains bovine-sourced hydrolyzed milk protein, an ingredient which has been shown to have calming properties, like great granny used to say “If you’re upset drink a glass of warm milk.” Great granny was right. 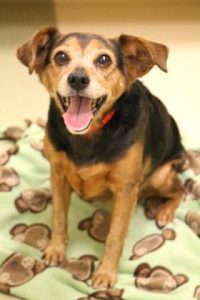 Zentrol: A formulation for natural stress management which has shown to help reduce stress-related behaviors in as little as 60 minutes. The tablets are composed of novel natural ingredients, Souroubea spp, containing betulinic acid, and Platanus spp.

Calming Care is a probiotic from Purina ProPlan Veterinary Diets; simply sprinkle on the dog’s food. The stomach and the brain are indeed connected. A six-week supply of supplements contains a strain of beneficial bacteria known as BL999 that has shown to help keep dogs calm during stressful situations like separation. While available at Chewy.com and elsewhere online, ask your veterinarian before purchasing.

CBD: Anecdotal reports are that CBD for pets may help to relieve anxiety. Well, maybe. There’s no science regarding this – at least not yet. Also, beware not all CBD products are the same. See your veterinarian for the right choice.

A fairly new product which works on brain chemistry directly rather than drug therapy, called the Calmer Canine. Created for dogs with separation anxiety, this product also helps dogs with other anxiety issues. Besides, anxious dogs are typically often anxious also about other things. For example, dogs with fireworks anxiety may also have thunderstorm anxiety, anxiety regarding car rides and/or separation anxiety. 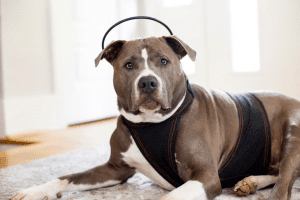 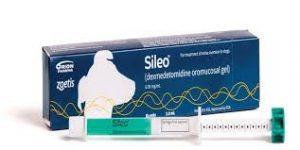 If your pet’s terror level is high, or one might say in the “red zone,” which can include shaking, excessive salivating, becoming incontinent, decreased appetite, and/or described as “inconsolable,” contact your veterinarian and ask about SILEO (dexmedetomidine oromucosal gel). This oromucosal gel (which means it is applied to the pet’s gums) is quick-acting, and it’s made for times just like these. It takes about 30 minutes to an hour for SILEO to take full effect, and it typically lasts two to three hours.

While SILEO is effective in most dogs and safe, it is still a drug, and it is not for all dogs (and is not labeled for cats). Speak with your veterinarian.

There are other psychopharmaceutical options which a veterinarian may also consider.

Easy to Implement: It’s Worth a Try 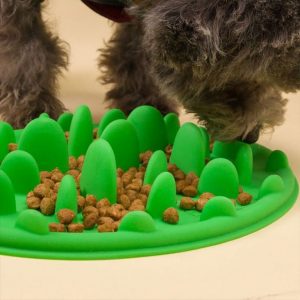 For some dogs, what might work is to combine several of the products, such as pheromones with nutritional supplements – as well as old-fashioned “jollying.” Take your pet to the basement, an office or the most secluded room in your home.

The “jollying” part is about distracting your dog with play and/or treats. If there are children who routinely have fun with puppy, it’s a great time for games. Leaving treats in Kong or other toys or food puzzles can be a really effective distraction.

Of course, close the windows (to lessen the sounds) and pull down the shades. Turn on relaxing music or your favorite talk radio station. A Sound Beginning, or various other sites (including many free online) have specially produced music to relax dogs.

Each of the following options provides something for the dog to wear which has a potentially calming affect for July 4th: 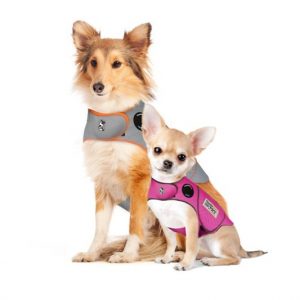 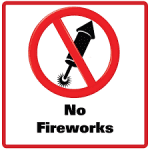 The old notion about consoling a terrified pet reinforcing fear is not true. You can’t reinforce such a powerful emotion. The reverse is true, that some pets can be calmed some just by us paying attention and using soothing words. I argue that soothing our pets is a humane thing to do. However, kindness, while appropriate, rarely solves the problem, though it can help.

Number one message: Speak to a veterinary professional well before July 4th if you think there’s a problem, as now is the time to create a plan rather than to wait for the very last moment.