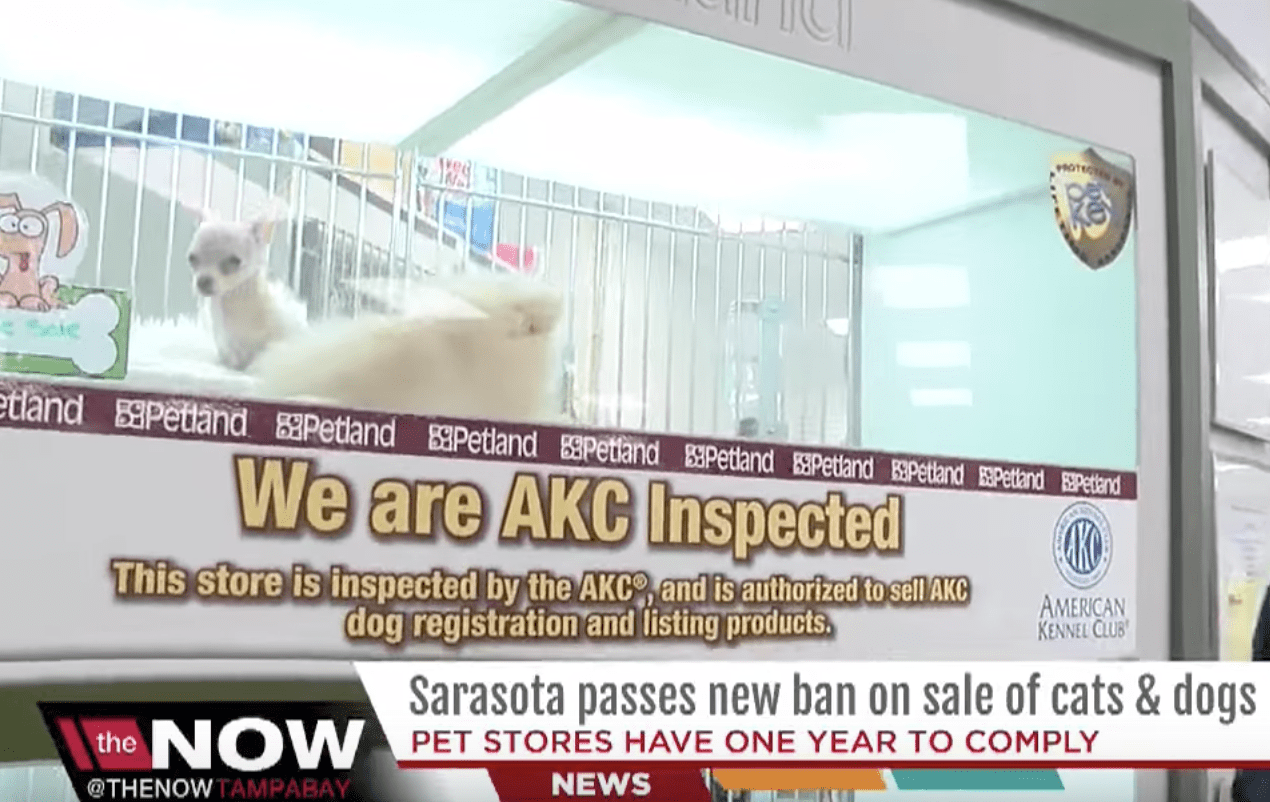 Desperate and determined more than most people realize is how I describe the efforts of the pet store industry to fight bans on sales of dogs and cats at pet stores, which the pubic increasingly support.

No responsible breeder EVER sells to pet stores. Some pet stores do adopt dogs and cats from reputable shelters and rescues, which is great. However, those that sell puppies don’t magically get their dogs (and sometimes cats), they come from various brokers who work in the shadows with puppy mills and large commercial facilities. Brokers confuse it all, so the trail of the source can’t be determined. Why do these stores work so hard to block full transparency? Well, it’s because everyone knows how horrible puppy mills are.

Responsible hobby breeders always want to know who is purchasing their pet, and present a contract (which mandates spay/neuter and that if anything happens the purchaser must return the pet to them); obviously this isn’t the case with pet store sales. Responsible hobby breeders also welcome new pet parents to visit their facilities (as suggested by the American Kennel Club). Pet stores attempt to maintain secrecy as to where their pups are from, and obviously no breeder can be met face to face.

Petland has 15 locations in Florida, a state with over 80 puppy-selling pet stores, and the company has almost certainly concluded that stripping local governments of their ability to regulate puppy sales will prove unpopular, especially at a time when many locally funded shelters across Florida are at capacity. That’s why this legislation has been created  to appear to regulate the very industry it is designed to protect. Don’t be fooled.

IF you require evidence, here’s the Humane Society of the United States investigations exposing cruelty, suffering and neglect in Petland pet stores.

In 2021 Illinois became the fifth state to ban sales of dogs and cats at pet stores. The ban was passed  with a bipartisan vote. Still, there will be an effort made in 2022 to reverse this bill. That effort will include lobbyists and lawyers and all misrepresenting the entire issue. It appears a strategy in Illinois may be to support the wacky notion that minorities are limited to where they can get pets if pet stores can’t sell dogs/cats. Of course, this is indeed wacky – pet stores usually sell dogs for thousands; shelters and rescues may charge a few hundred dollars. What’s more, dogs (and cats) sold at pet stores are more likely to suffer costly medical problems.

The public is simply sick and tired of supporting puppy mills.

If you reside in Florida, or have a friend who does – contact your state rep and state senator to express your views.