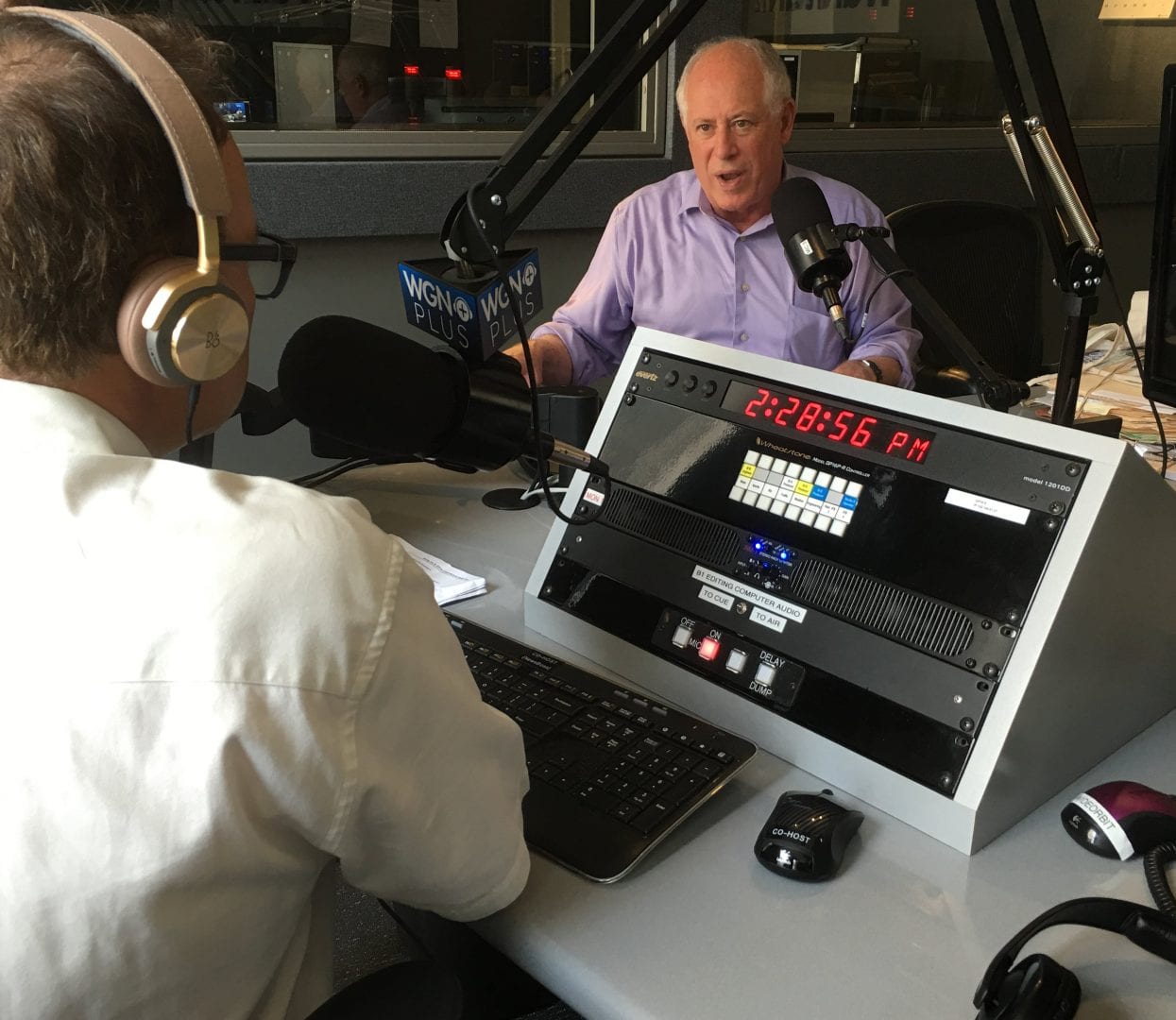 “One day a peacock, the next day a feather duster,” says former Illinois Governor Pat Quinn about losing the Governor’s race, which ’till now he’s remained quiet about and out of the limelight.. Listen HERE to my Steve Dale’s Other World podcast with the former Guv.

He’s leading a petition drive for two referendums. I have a hunch most Chicagoans will like —- or actually LOVE these ideas from Take Charge Chicago.

To limit the Chicago Mayor (whoever it may be) to two terms.

To create an elected Consumer Advocate to be a champion for beleaguered Chicago taxpayers and consumers.

“Voters should make rules for the Mayor, not the other way around,” Quinn says. Combined, both Mayor Daley’s held office around 43 years. That’s outrageous. And it seems the final years of Richard M. Daley’s regime weren’t so hot. And we’re dealing with the fall out today.

Quinn has always cared a great deal about consumer advocacy. While we have a consumer department for the City, Quinn is suggesting one exists that is not appointed by the Mayor. Anyone who lives in Chicago can no doubt understand what Quinn is saying. He says this idea of an independent consumer advocate – who is elected – works in other cities.

Quinn says people seem to like the idea. (I think that’s an understatement).  Meeting people to sign this petition, he adds, is a way to make new friends. Maybe he’ll start a petition signing dating service.

I ask the Governor about how it can be that still Illinois is without a budget. And he doesn’t hold back,

“The Governor’s first responsibility is to get a budget passed. . . It’s just plain wrong….”

Up ’till now the Governor has been hesitant to speak harshly about his replacement. That is until now. He doesn’t blame anyone – except for Governor Bruce Rauner.

“Governor Rauner ought to do a better job….rather than to try to force impossible remands,” he adds.

You can be a great businessman and CEO, but does that work in politics?

“It’s called being in a Democracy and not a monarchy,” Quinn adds.

Quinn says it’s a good idea to consider next a referendum at the state level where we could petition on a budget the people want – voters could take charge if the politicians can’t get the job done.  A number of states allow votes to pass a petition for a statewide referendum. It happened in California in a few years ago. It can happen here – and arguably should.

The former Guv talks about how Wally Phillips and producer Marilyn Miller of WGN helped to launch his career with a petition that was clearly the right thing to do – to prevent Illinois public officials from receiving advanced pay. They got a year’s pay their first day in office, even if they landed in jail, Quinn ended that with the petition.

Is the ex-Guv after Mayor Rahm? Voters, he says, things are not going in the right direction. People are feeling nickled and dined. “When you have Mayors or Governors in too long, they forget the basics.” He calls the parking meter deal “a bum deal.”

Here are some frequently asked questions from Take Charge Chicago about the petition drive – which he calls grass roots democracy.

Why did he lose? He says it’s because Rauner spent over $70 million. Outspending increasingly means winning – so maybe you shouldn’t be in there forever. Step aside, like George Washington did. Quinn is certainly is a man of the people, and is demonstrating this again.