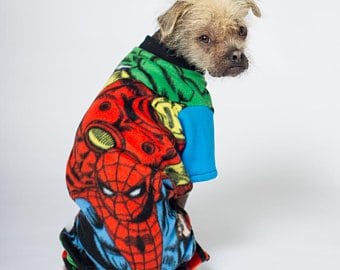 Blah! Blah! It’s scary. And you’re not alone, as more than 4.2 million dog-owning households and nearly two million cat-caretakers will be treating their furry companions to ghoulish goodies and grisly toys this Halloween, according to the National Retail Federation. 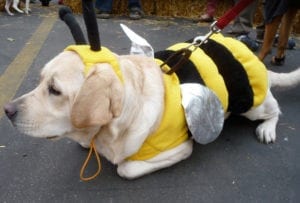 We talk about very scary pet costumes, and what the trendiest costumes are for 2018.

Also, if your pet doesn’t love to be in a costume, Gabbie has some ideas which may work….They are so subtle – and not invasive – that your pet won’t even know that he or she is wearing a costume. 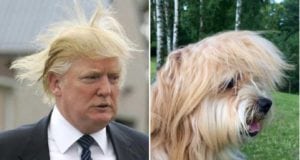 Which is the President?

I also have an idea about a do-it-yourself Donald Trump costume.

October 6 and 7, the Grand Opening of the new Pet Living Department at the Chalet, 3132 Lake Ave., Wilmette, includes all sorts of activities. It begins with the Oct. 6 9 a.m. with a ribbon cutting, and I will partake as well help to judge the Halloween pet costume contest at 10 a.m.. The theme is to dress your pet like the breed. So a Scottish Terrier may wear kilts or a American Bulldog may be dressed as Uncle Sam. Of course, you can dress your pet any way you like!

Free workshops include topics ranging from dental care to crate training. There will be pet massages and to tips regarding which plants are pet friendly or not. And pets will be available to adopt as well.

I will soon appear on a panel, which will air on CAN-TV, with with Susan Russell, former executive director Chicago Animal Care & Control; Crystal Broccardo, co-founder Pet Gotcha Day. Moderators Erica Bishaf , co-founder PetGotcha Day and Paul Sippil, CPA, community builder are encouraging your participation. They are seeking questions and comments regarding animal welfare in Chicago for the panelists from all of you. 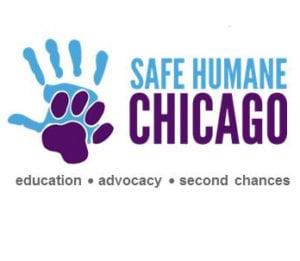 I don’t recall a serious candidate for any higher office taking animal welfare as seriously as Paul Vallas, who is running for Mayor for Chicago. Vallas recently popped into a benefit for Safe Humane Chicago. A campaign stop, yes. But why choose this group? I don’t recall a candidate ever before considering animal welfare seriously, even to make a campaign appearance. Vallas has  asked me to organize a listening session on animal welfare (another first). So experts and those in the community merely interested are attending  October 15 at  6 p.m. at the Sulzer Regional Library, 4455 N. Lincoln Ave.

Click HERE to order tickets, which are still available (of course, it’s free).

Incidentally, I also mention that when Safe Humane was created, I was involved and am aware of a gentleman named James Rodgers, husband of co-founder Cynthia Bathurst. He was always behind-the-scenes, but his role and presence was fundamental. I’m unsure Safe Humane would have survived to be a model for other cities without him. Rodgers passed away this past week, and I expressed by sympathy on-air.

If you don’t know, Safe Humane is about creating safe and humane communities by inspiring positive relationships between people and animals. 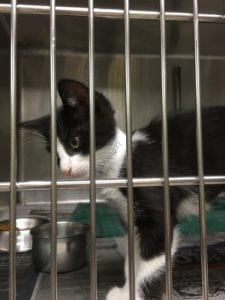 Northern Illinois Transport needs your help – a volunteer or two to essentially sit in front of a computer and help to organize cat transports from Chicago Animal Care and Control.  Since their start in 2014, they’ve rescued over 3,500 cats and kittens. However, without volunteers, they can’t save cats. If you know someone who may be able to help, please share this link.

The Food and Drug Administration has alerted pet owners and veterinarians to be aware of the potential for neurologic adverse events in dogs and cats when treated with drugs that are in the isoxazoline class of flea and tick products. What the heck does that mean? I previously spoke with Dr. Todd McCracken, veterinary services manager  at CEVA Animal Health on my WGN show, who makes sense of it all.