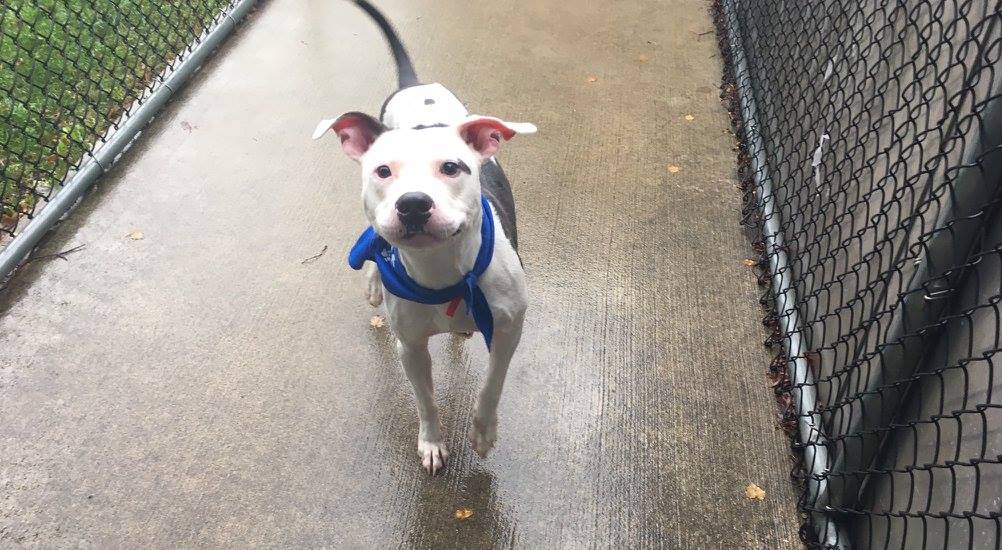 How can a dog named Happy be at Chicago Animal Care and Control (CACC) for three months? That’s wrong, and Steve Cochran and Steve Dale plan to do something about that on Wednesday at 9:35 a.m. CDT in our monthly pet adoption segment on WGN Radio. Listen at 720AM or online here.

Happy is about a year and a half year old. Yes, he’s a bit more just pleasant (perhaps not happy) until he gets to know you, but then he transforms into a living Happy love bug. He’ll chase balls and play games for a while, but he prefers to be petted. It’s a wonder that he hasn’t been adopted.

He does need some training—he’ll sometimes jump up for kisses—but basic manners are easy to train.

Happy arrived at CACC as a stray, so no one knows his history, but you can help to determine his future.

Here’s Happy playing with with another dog at CACC.

You can help the future of all animals in the care of CACC by attending the Big Night benefit on October 25 at the Chicago Cultural Center, 78 E. Washington St. (at Michigan Ave) in the Preston Bradley Hall, hosted by Friends of Chicago Animal Care and Control. 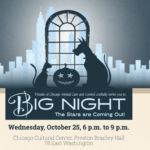 Patterned after the film, 16 culinary stars provide lavish food, among the best chefs in town led by Jackie Chen. There will be four bars to serve libations. Some drinks will be throwbacks, to go just right with the live Sinatra-era music by Carmello Zaccone & Lori London. 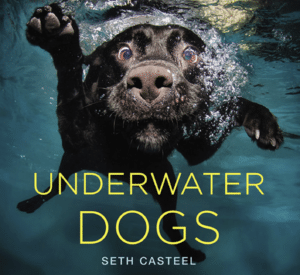 This year’s honorary chair will be author of the various underwater dog books, Seth Casteel, who will sign copies. Other celebs attending will be TV’s Chicago Fire star Christian Stolte and star of Downward Dog, Lucas Neff. Paul Lisnek of WGN-TV and CLTV will be there. And I will serve as emcee.

You can win two tickets to see the Stephen Colbert show live in New York in the raffle, or a “gourmet getaway” to Michigan for 10 people during the live auction.