Hello! I Am Taking Over Your Life: Groucho the Kitten 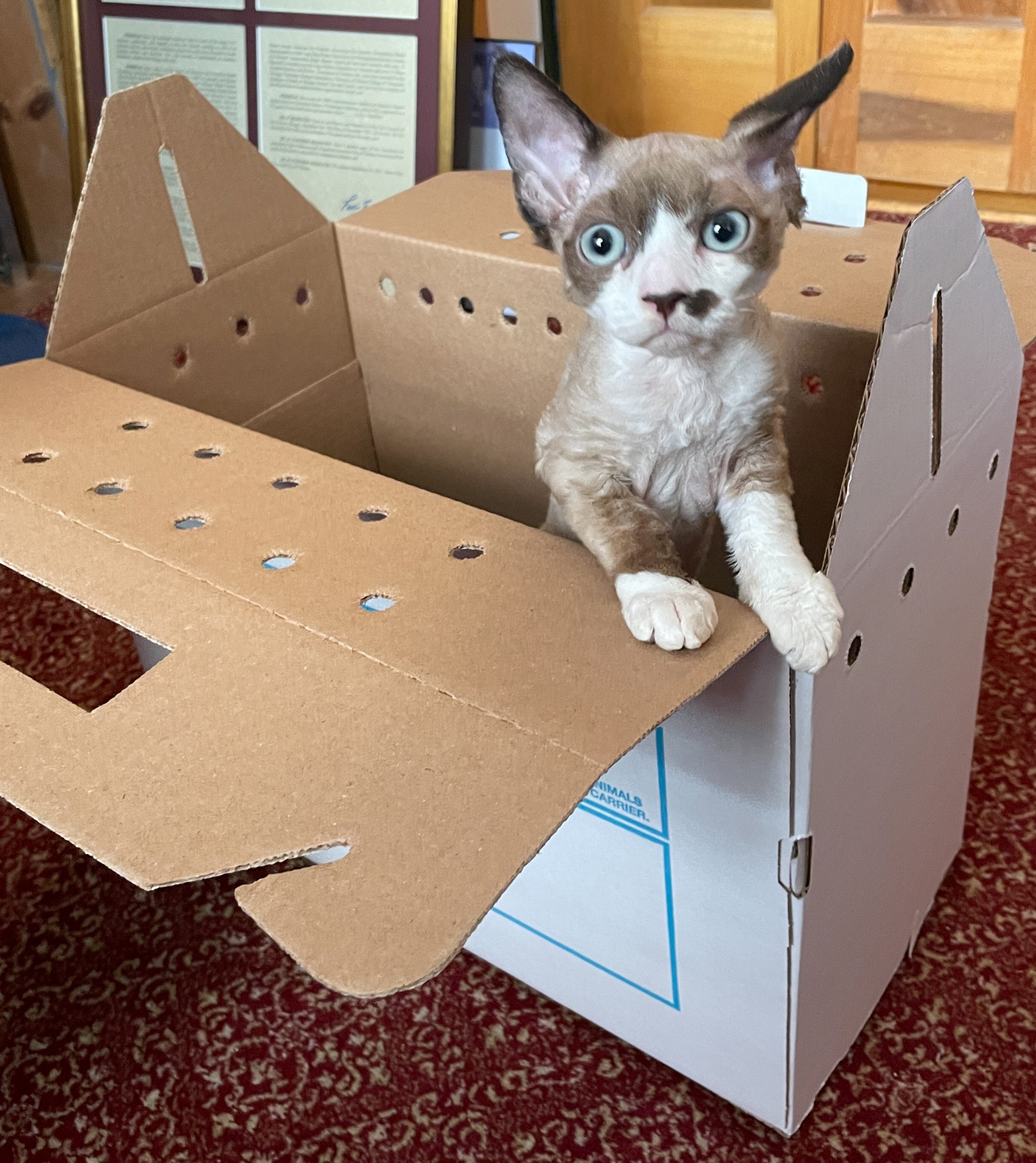 Yes, so sad after losing our 19-year old Roxy, we’ve rebounded with joy and from Whiskerbreak Devons with Groucho, a 14-week old Devon Rex cat. 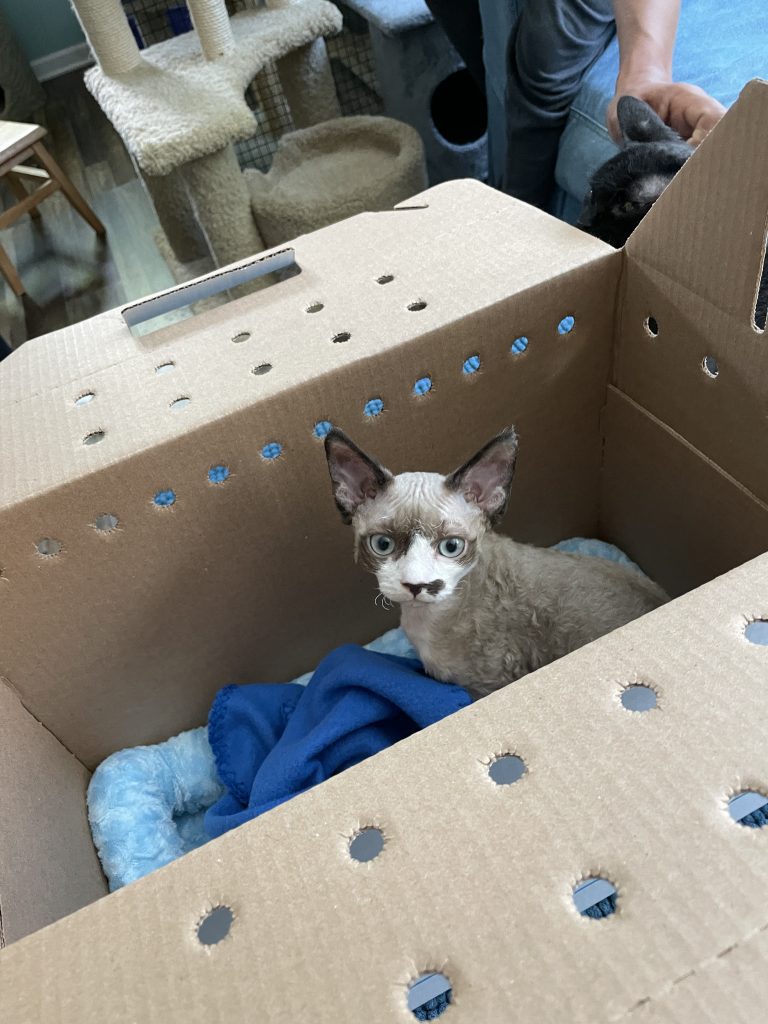 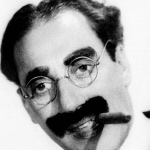 We originally purchased a Devon Rex cat, named Ricky, several decades ago. Ricky turned out to become something of a media star, as not every cat played the piano. My wife and I fell in love with the breed’s personality, and at that point it was thought people with allergies (which my niece had) can do far better with a Devon than your ‘average cat.’ While there might be a smidgen of truth to that; today, we know there is no such thing as a true hypoallergenic cat (though there is a diet from Purina which neutralizes the protein in cat saliva which causes the allergic response in us humans). No matter, it’s all about the giant Devon Rex personality and simultaneously their attachment to their people and eagerness to learn.

I hope Groucho is ready for what we have in store for one another, a lifetime of fun.

I will say this is a cat with a sense of humor. Upon meeting me, Groucho the cat said, “I never forget a face, but in the case of yours I’ll make an exception.” 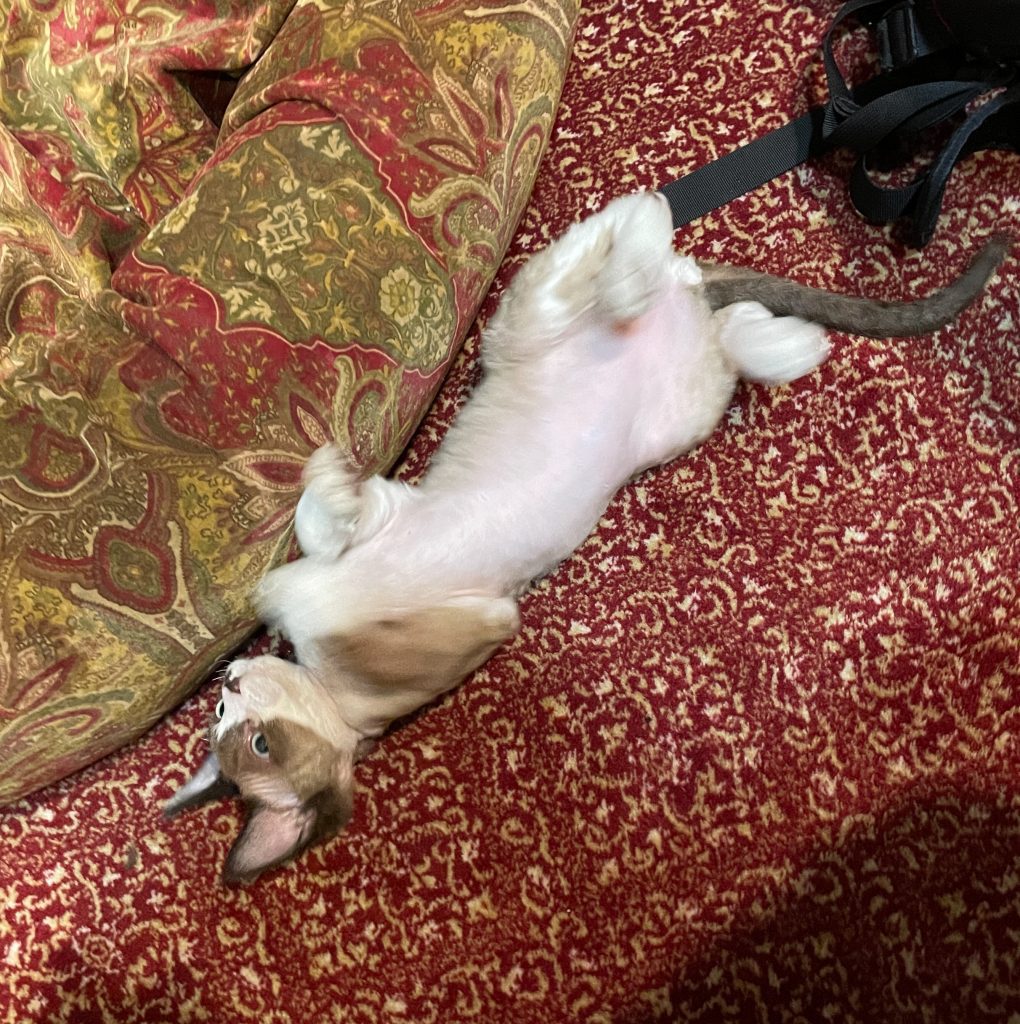 “You tickle my funny bone, and I’m overjoyed at the prospect of reciprocating to tickle yours.”

FYI regarding the Devon Rex, they are often referred to as the Pixie of the Cat Fancy, sporting oversized ears on an elfin face with large impish eyes. This adorable combination only hints at the madcap personality within – a cross, some say, between a cat, a dog, a monkey, and Dennis the Menace, according to the Cat Fanciers’ Association. They originated in Devonshire, England. The single coat of fur does shed on occasion, but there sure isn’t much to shed.

You bet your life – this is going to be fun.