Here’s Another Reason to Never Buy Puppies at Pet Stores 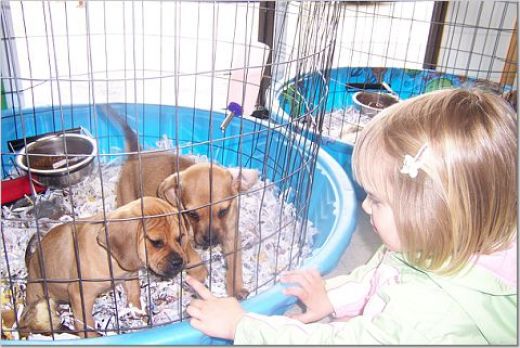 Campylobacter, according to the Center for Disease Control and Prevention, causes an estimated 1.5 million illnesses each year in people in the United States and is the most common source of diarrhea-related infection in the U.S.

People typically get Campylobacter infection by eating raw or undercooked poultry or eating something that touched it. However, there’s a new and apparently increasingly common source of the infections, pet stores selling puppies, according to the Journal of the American Veterinary Medical Association. What’s more, the strain identified at pet stores (C jejuni) appears to be resistant to antibiotics, and therefore could cause more prolonged illness and death.

Any human coming into contact with the pet store pups has been identified as susceptible, from employees to store customers. According to the JAVMA story and various other reports, the most common culprit appears to be Petland stores across the country.

The article, published in Journal of the American Medical Association Network Open, describes analysis of 168 Campylobacter infections that occurred from 2011 to 2020 which had epidemiological or molecular links to pet store puppies. Officials aren’t quite sure exactly what’s happening, whether the source of the infection are substandard breeding facilities, stressful transport of the puppies to pet stores or hygiene at the stores themselves. Not implicated at all in the report are stores (such as Petco and PetSmart) which adopt dogs (or cats) rather than sell them.

Dr. Louise K. Francois Watkin, one of the article authors and a medical officer in the CDC’s Enteric Diseases Branch said that while the article describes cases tracked through February 2020— at the beginning of the COVID-19 pandemic in the U.S.—the CDC continues seeing new infections in humans with closely related strains, from pet stores selling puppies.

Even more problematic is the strain Campylobacter which is resistant to antibiotic treatment. Dr. Watkins said her team had difficulty getting details on antimicrobial administration in the pet sales industry. She expressed concerns that antimicrobial products (antibiotics) may be administered to dogs as part of store protocols, rather than in consultation with veterinarians following evaluations. Or could it be some veterinarians are even overlooking professional safety protocol in favor of money being paid by pet stores?

No matter, if there aren’t already enough reasons (a very long list) not to buy puppies from pet stores – or arguably even visit a pet store selling puppies from puppy mills or large commercial facilities – now here’s another.