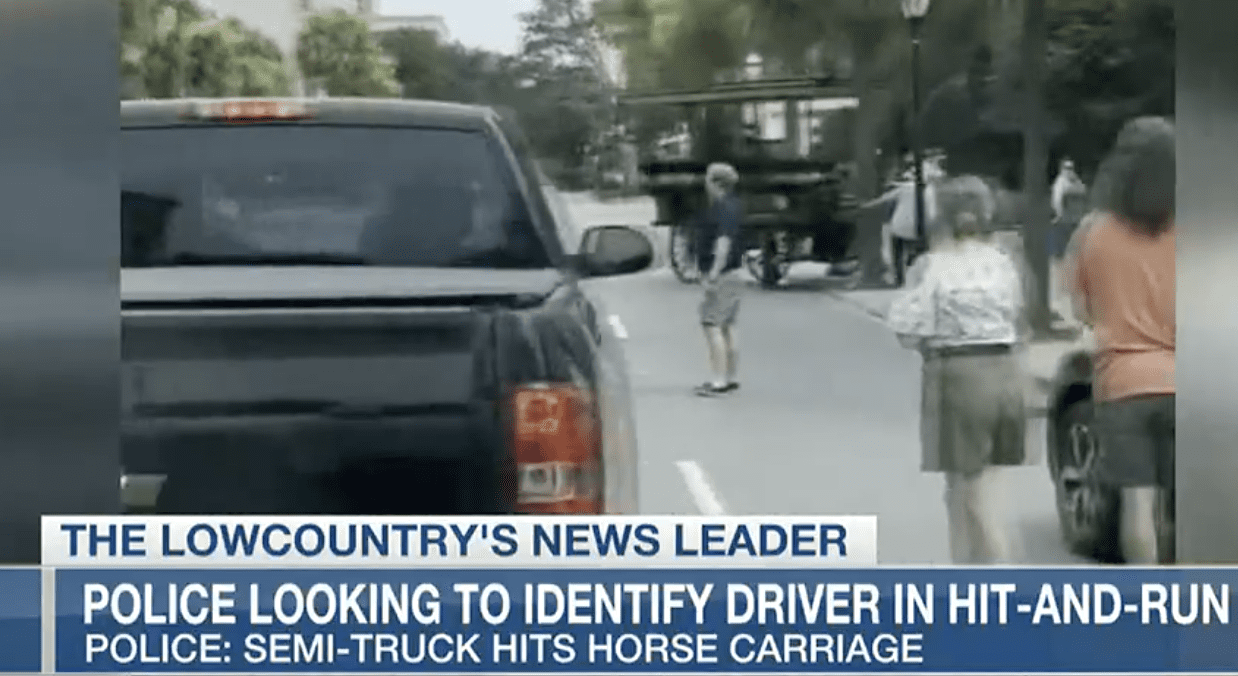 Wonder why I want to see horse-carriage rides banned? On June 20, a horse carriage in Charleston was struck by a semi-truck carry a flatbed trailer in a hit-and-run crash.

A patron and the driver were taken to the hospital with minor injuries and released, other patrons on board were shaken but okay.

Traveling east on Broad Street, the semi truck made a left turn on to Meeting Street. During the turn, a part of the truck collided with the rear of the horse carriage.

Two people were taken to the hospital. The terrified horse, ran off. Eventually, members of the carriage company were able to settle the horse. The horse did not suffer injuries, though that is a matter of luck and mere luck that the horse didn’t run into a car.

As of today, no word on who the hit and run driver was, or if police did identify.

The problem is that this isn’t a “one off,” though the hit and run aspect here is particularly troubling.  A quick youtube search reveals many accidents in urban areas with horse carriages, particularly lots in Charleston. In 2020 horse carriage rides were banned in Chicago.

In February 2020 just before the pandemic shut down New York City, a 12-year old carriage horse named Aisha collapsed in Central Park. A video of the incident was shown in local media and the Internet raising the issue once again in the Big Apple, where so far the carriage ride industry has succeeded over efforts of Mayor Bill de Blasio and others. Aisha was euthanized later that same day.