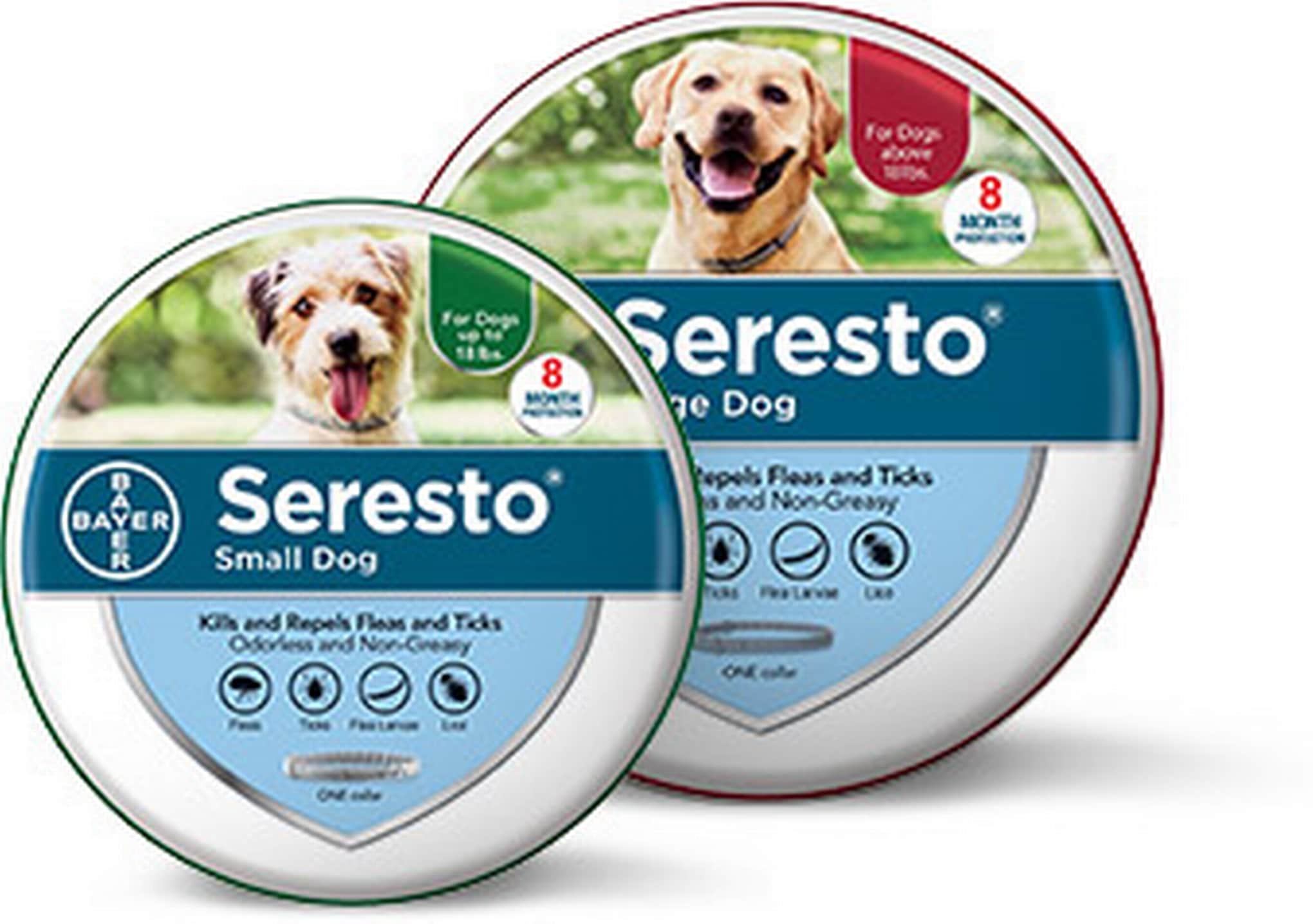 Seresto flea and tick collars has been allegedly linked to 2,500 dog deaths. What’s more, there are reported adverse events linked to humans.

A 23-page report advises a sweeping product recall and criticizes the Environmental Protection Agency (EPA) for not protecting consumers long ago.

Among other allegations, it says the EPA allowed the flea and tick collar to stay on the market despite identifying the danger to pets and owners dating back to 2015. And while Canada’s Pest Management Regulatory Agency banned the Seresto collars, the EPA continued to allow them in the U.S. despite similar findings.

Per the report, observed symptoms in dogs include skin lesions and irritated skin, which sometimes covered large areas of a pet’s body and did not necessarily resolve after owners removed the collar. According to the panel, other symptoms include lethargy, abnormal behavior, excessive grooming, vocalization, vomiting, diarrhea, and anorexia.

“These troubling symptoms appeared shortly after use of the Seresto collar began, mostly within the first month,” according to the report. “Many pet owners reacted by removing their pets’ collars early,” it stated.

The report added that even some pet owners themselves also allegedly experienced side effects. These included skin and immune disorders, plus respiratory, neurological, and digestive problems as well as sore throats, dizziness, and nausea.

American consumers have purchased about 34 million Seresto flea and tick collars since their initial release in 2013. The collar has been popular, in part, because it’s simply convenient to slap on a collar which works continuously for eight months.

Serestro was launched as a product from Bayer Animal Health but that company was purchased by Elanco Animal Health in 2020 which now manufactures, markets and sells Serestro.

Comparing Seresto’s active ingredients to other flea treatments’ lists, the brand uses a pesticide called flumethrin (a tick killer and repellent). No other major flea and tick treatment uses it.

It may be little known but true that the EPA has previously even warning using Serestro around children due to those active ingredients.  No other parasite protection for pets offers such a warning from the EPA – the problem is that many veterinary professionals and consumers don’t know this warning exists.

Meanwhile, Elanco seeks to downplay the claims. During a hearing, Elanco Animal Health CEO Jeffrey Simmons contended that the collar is safe. He also correctly points out two coinciding factors. The number of adverse effects is reasonably small when compared to numbers purchasing, and effect isn’t necessarily related to causation.  And in the U.S. anyone can report an side-effect of a pet product without medical confirmation.  Simmons also said the collar is safe and had been approved previously by the EPA, undergoing more than 80 safety, toxicity and efficacy studies.

Still, the number of adverse events to dogs and their reported deaths is exceedingly concerning (if not downright tragic), not to mention illness to humans in many cases verified by human medical professionals.

One concern about all this press is that pet parents may be afraid to use a flea and tick preventative. Today’s veterinary products are otherwise arguably quite safe, and they work. There’s an epidemic of ticks and therefore tick disease which can cause severe illness in dogs. Fleas not only transmit disease, but unprotected dogs will bring fleas home which will not hesitate to bite indoor cats or humans in the home.

Talk with your veterinarian about the right protection for your pet.