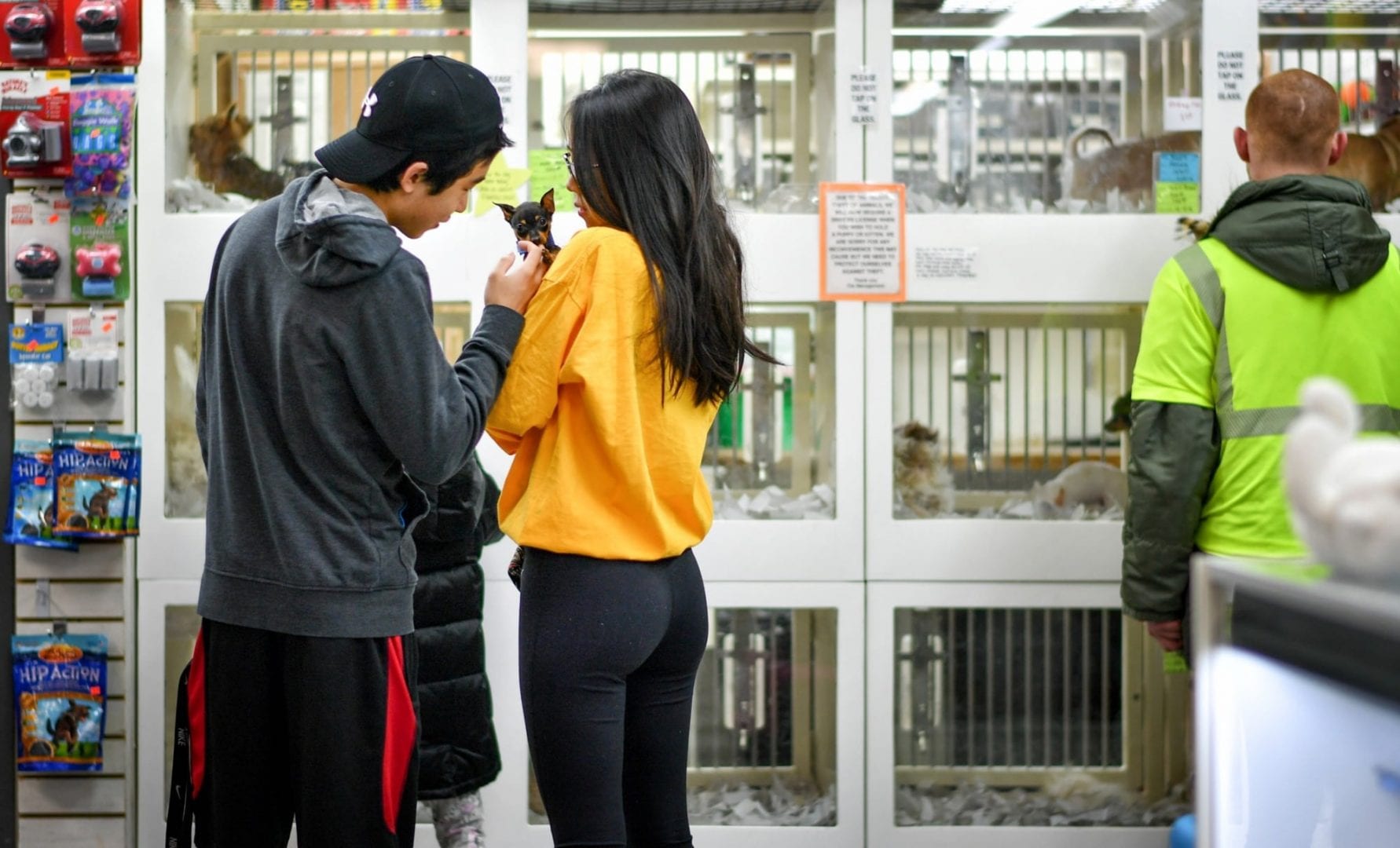 So, what’s wrong with pet store puppies? Well, they’re from puppy mills and factory breeding facilities. That’s bad (really bad) for the puppies. Now, here’s what’s bad for the people (this is directly from the Centers for Disease Control website):

“The Ohio Department of Health, several other states, the Centers for Disease Control and Prevention (CDC), and the U.S. Department of Agriculture Animal and Plant Health Inspection Service (USDA-APHIS) are investigating a multi-state outbreak of human Campylobacter infections linked to puppies sold through Petland, a national pet store chain.

The CDC has yet to come out and say it, but it seems clear more than ever before: Don’t buy a dog or cat or rabbit from a pet store. Yes, there are ethical reasons (when you buy from a pet store, you are supporting puppy mills), and there are also now public health reasons. I don’t know why so many dogs are arriving in so many states with campylobacter, but this is unheard of and dangerous for people who purchase puppies as well as store employees.