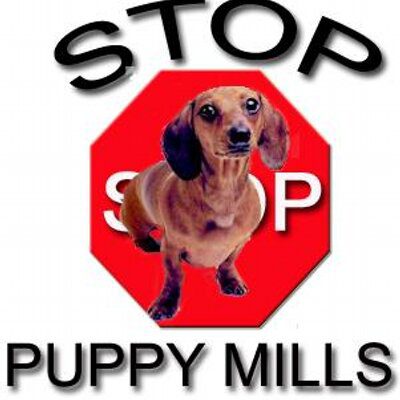 Since dogs and cats sold at pet stores are from either puppy mills or large commercial breeding facilities, those opposing the proposed statewide ban in Illinois – the American Kennel Club, pet store industry and the Illinois state veterinary medical association – are all cheerfully in the camp of puppy mills and large commercial breeders. This is a statement of fact. 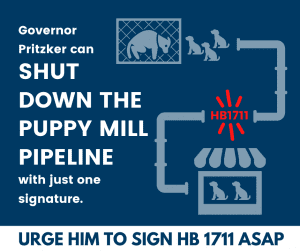 Even as HB 1711 awaits Illinois Governor J. B. Pritzker’s signature, lobbyists are reportedly attempting to pressure the Governor and have initiated robocalls blanketing voters in Illinois. Aside from being annoying, the information in the calls is misleading to those who don’t know better.

The bill, which will ban the sales the dogs and cats at Illinois pet stores, enjoyed rare bipartisan support 38 to 12 on May 31, as the Illinois Senate voted to support.  On April 15, the Illinois House of Representatives vote resoundingly,  76 to 24 in favor.

With this Governor’s longtime support of animal welfare endeavors, Illinois appears set to become the fifth state to stop the puppy mill pipeline. Still, in politics, one thing is certain – there are no guarantees.

If you support the ban on sales of dogs/cats are pet stores and if you live in Illinois, do contact the Governor’s office to offset the organized barrage he’s getting from the other side who are supporting the puppy mills, but not representing most pet parents. 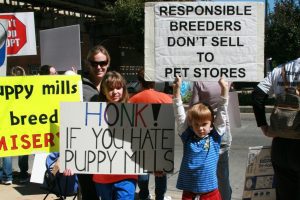 In April, Governor Jay Inslee of Washington State signed a Humane Pet Sales Bill, which made Washington state the fourth in the nation to prohibit the sales of dogs and cats at pet stores, joining California, Maryland, Maine. That’s not to mention approximately 400 cities and many counties that have also stood up to puppy mills that supply these stores with their dogs and cats.

Chicago was an early adopter to ban sales of dogs, cats and rabbits at retail pet stores, but a loophole in the ordinance prevented enforcement and allowed the puppy mills and stores to defraud consumers for far too long. That loophole was finally closed in the Windy City in late April. Due to one obstinate alderman, it almost didn’t happen. No matter, Chicago – as it turns out – would have fallen under this state-wide ban. In Illinois, currently 22 cities already ban retail stores sales of dogs and cats (and in some places rabbits also).