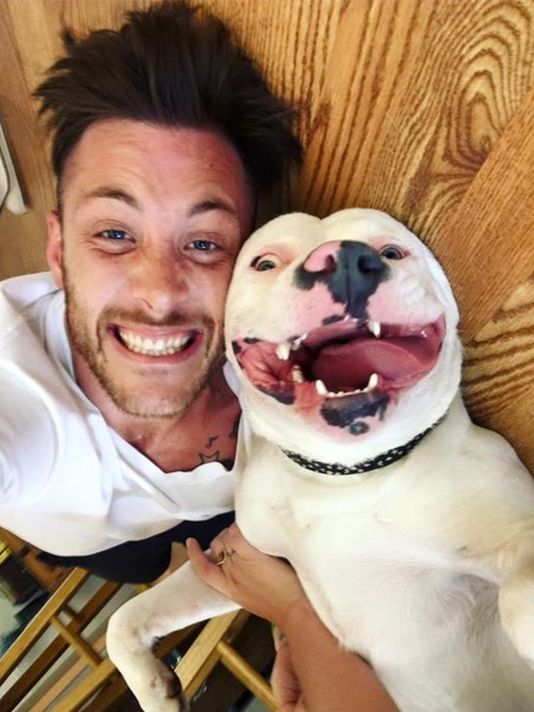 What kind of dog do you have? If you don’t have at least one dog, you have happen to be in the minority nowadays. As a result of pandemic adoptions 53 percent of U.S. families share their life with at least one dog. Of course, homeowners insurance is important, or arguably necessary. The problem is that if the insurance company doesn’t like the presumed breed of dog you happen to have, the cost for that insurance may be more or you might even more likely be denied coverage – no matter how terrific your dog really is. And I wrote presumed breed because sometimes they get the breed wrong. Or amazing folks adopt a dog but have no idea their current carrier won’t cover them if something does happen.

Insurance companies (with a pawful of exceptions, such as State Farm) have been getting away with this profiling for decades. Now, seven states have either passed or have legislation pending regarding homeowners insurance and dog breeders.

Last year, Illinois Senator Linda Holmes (42nd). introduced a bill asking insurance to stop discriminating because of the presumed breed of dog. The insurance company lobby pushed back, though a compromise of sorts was worked out. Now there’s better news, led Best Friends Animal Society and  Illinois Rep. Rita Mayfield which will prevent breed discrimination once and for all in Illinois. HB1049 which reads:

The session hasn’t yet opened for bills to be introduced but it will be, and then likely supported by Sen. Holmes (a champion for animal welfare) in the Illinois Senate.

Currently, for many reasons, housing is the primary reason dogs (and cats) are being relinquished to shelters. Sometimes, people learn about the insurance restriction and because they have a target dog – such as a pit bull – can”t find an affordable option, so they give up the dog. There’s also a question of equity as companies charging many more dollars for insurance because of a breed, some people simply can’t afford.

There is zero actuarial data that supports making a distinction between dog breeds (or mixes of breeds). Also, DNA studies show that visual identification of a dog’s breed based on physical characteristics is unreliable. No matter, it’s irrelevant to whether or not that individual dog is a danger. Nevada, New York, Arizona and Pennsylvania are the four states that have, so far, stood up to the insurance companies by prohibiting insurers from breed discrimination. Other states are set to follow, with Illinois potentially leading the way.