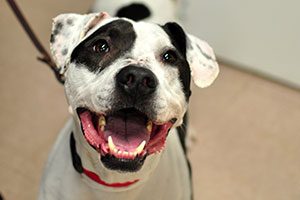 Fair housing includes fair housing for dogs. About 60 percent of families in the U.S. have at least one dog, but insurance companies aren’t always so dog friendly or consistent.

Bill to Stop Insurance Company Discrimination Based on Breed 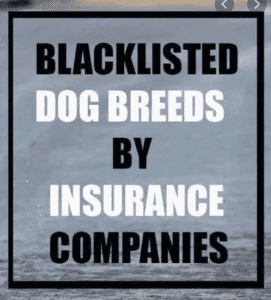 Some insurance companies, for example, deny homeowner’s insurance for a breed, say Akitas in one state, for example, Illinois. But in Indiana, the same insurance indicates it’s just fine to have an Akita. How does that make any sense? Are Akitas – or whatever the breed – more dangerous in one state compared to another?  Of course, not. And there’s no data to support these decisions only some sort of breed biased, or individual examples of dangerous dogs that happen to be whatever the breed is. So, now all people with that breed pay more for homeowners insurance or are denied coverage altogether – instead of taking individual dog temperament into account. 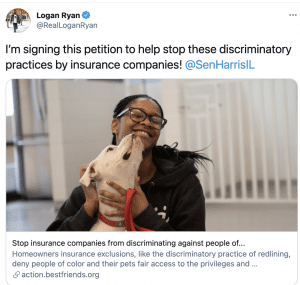 At least two companies are smart enough to have no issue with any breed or mix, State Farm and Farmers Insurance.

If you happen to live in Illinois, please tell your state Senator to support Senate Bill 1672.

Incidentally, Logan Daniel Ryan, free safety for the New York Giants of the National Football League tweeted about this issue.

Sen. Holmes also briefly discusses why no dogs/cats/rabbits should be sold at pet stores.