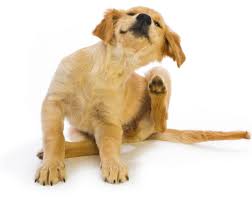 If there’s a season for itching dogs, this may be it. Veterinary dermatologist Dr. Ursula Thomas explains on my national Steve Dale’s Pet World radio show that there are many reasons dogs scratch or lick.

Those reasons can range from “I have a quick [benign] itch” to the discomfort of flea or mosquito bites to an allergic response to flea or mosquito bites, which is far worse than the typical bite discomfort. In all, there are a lot of potential explanations for a scratching dog, and, perhaps, even a combination of factors. And, if itching gets bad enough, dogs may scratch or lick themselves raw, which can create a secondary infection.

If mosquito bites are the culprit, a double defense against the mosquito-spread heartworm disease should be considered. Vectra 3D repels heartworm-carrying mosquitoes, and if there is no bite, obviously there will be no heartworm (to be clear, this is not considered a heartworm preventive, but rather it’s an adjunct, the “double” in double defense), and there is no scratching for dogs sensitive to mosquito bites if there are no bites to begin with.