It's My Other World: Steve Dale Podcasts 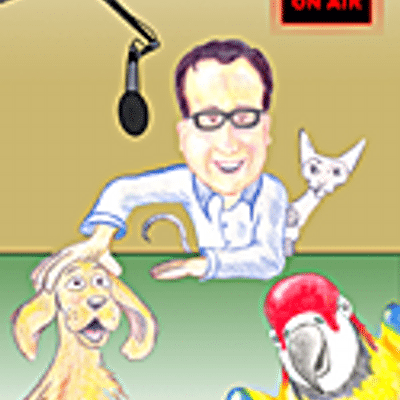 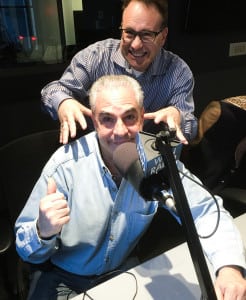 Democratic Presidential candidate Bernie Sanders and Republican hopeful Ted Cruz are both talking contested conventions. What are the odds of that? WGN-TV and CLTD political analyst Paul Lisnek and I pull back the curtain on national politics and reveal whats going on in the back room negotiations, that chess game we call politics. Listen HERE.

My interview subject pulls a turtle out of his pocket. 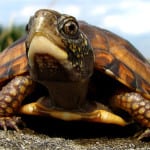 Urban ecologist Steve Sullivan of the Peggy Notebaert Nature Museum talks about urban ecology and also climate change. Is it real or not?  Is what’s going on with the weather coincidence, or is it really something to be terrified about? Listen HERE.

Chicago radio legends Steve King and Johnnie Putman as you’ve never heard them before. Are these guys as happily married as they seem? And how did legendary musician and innovator Les Paul kind of become Steve’s surrogate father? It’s a story he’s not previously told on the air. They talk about their book “A Little More Les.” Listen HERE. 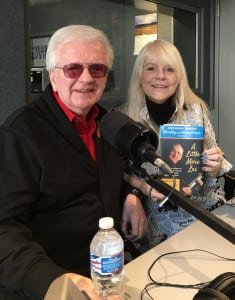 Steve and Johnnie on this Steve Dale’s Other World Podcast

SPCA Puerto Vallarta is more than your run-of-the-mill animal shelter, it’s a haven for animals south of the border – who can then be adopted by Americans or Canadians. Tourists in Puerto Vallarta can return home with a new best friend, or volunteer for a few hours at the facility. Nicole Martin talks about this amazing place. Listen HERE.

Ralph Matson and Beef appear in this emotional podcast

Vets for Pets is an amazing initiative pairing shelter dogs with veterans with Post Traumatic Stress Disorder Syndrome. The conversation includes Andrew Hayes of Fifth Third Banks (who makes this program possible), Chicago City Clerk Susana Mendoza, and U.S. War hero Ralph Matson – who gets quite emotional when he speaks of the special in-studio guest; his dog Beef, who he says “saved my life.” Listen HERE.

Robert Marovich is an expert documentarian of gospel music and the author of “A City Called Heaven: Chicago and the Birth of Gospel Music.” We talk about (and hear some gospel too), and how the genre has evolved musically over the years. And he offers stories about folks like Mahalia Jackson. Listen HERE.

Have you noticed? Chicago is kind of going through a rough patch at the moment. Chicago Aldermen discuss issues – including positives about what’s happening in our city, all three agree too many negatives and let’s think positive: 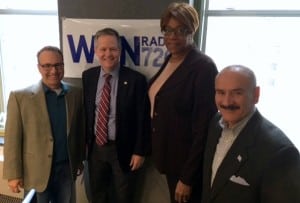 You won’t believe how the King of the Golden Age of Radio, Carl Amari, of WGN radio, received personal permission to air these classic programs. His vault of programs sounds a lot like Jack Benny’s vault. Amari reveals what some of these stars were like in real-life too. Listen HERE. 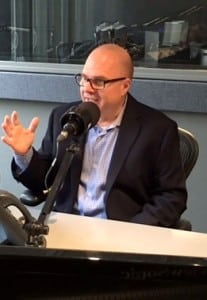 Whether it’s for business or for your personal life – there’s no way around social media. It’s here and here to stay (and even grow and evolve), according to expert Bill Schroeder of InTouch Practice Communications. Whether for fun or for business we talk about how to implement social for your advantage – what to watch and watch out for. Listen HERE.

What would it be like to actually live in Syria? It turns out that life is very different there today compared to just a few years ago when  Debora  Felmeth, author “Syria-Remember Me,” lived there.  She details the rich culture that was this nation before ISIS took over. And you’d think life for women wasn’t so great. Listen HERE.

What is real Mexican food? From El Mariachi and Mexican Steakhouse, this is hot podcast Chef Alberto Mendez, mixologist Diego Cruz and Tony Estrada, an owner. We talk real Mexican cuisine and also the  most important topic ever talked about on any podcast anywhere, the most perfect margarita. Listen HERE. 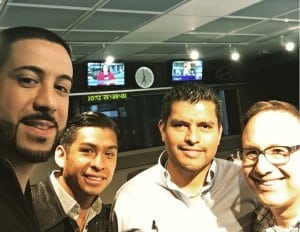 Mexican food podcast – and we do manage to talk margaritas too!

Holy Cow! The stories Grant DePorter of Harry Caray’s Restaurant group tells – What folks like Harry, Ernie Banks, Michael Jordan and others were really like? Also, was Harry truly famously a ‘Bud man?’ What would he have thought about the craft beer? Behind-the-scenes is how Grant grew up paying attention to sports, living in a hotel as a kid. Listen HERE. 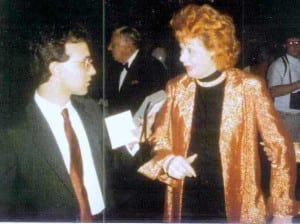 Talking with Lucy….this podcast is talking about Lucy

Lucille Ball is arguably the most endearing and enduring TV personality EVER. There’s a movie scheduled to come out about her life with Desi in 2018. However, I can tell you what Lucy was really like, since I knew her. Even better, her longtime secretary Wanda Clark who knew her very well, of course. We dish Lucy, offer anecdotes about what she was truly like as a person. Listen HERE.

Podcast Steve Dale’s Other World number one – I speak with three long time ex-producers: Get to know Kristin Decker, Mike Stephen and Dan Sugrue as you never have before, and insight into what producers do behind-the-scenes, how guests are booked, and what the producers really think about WGN on-air personalities. Listen HERE.