Keeping Dogs Safe in the Cold 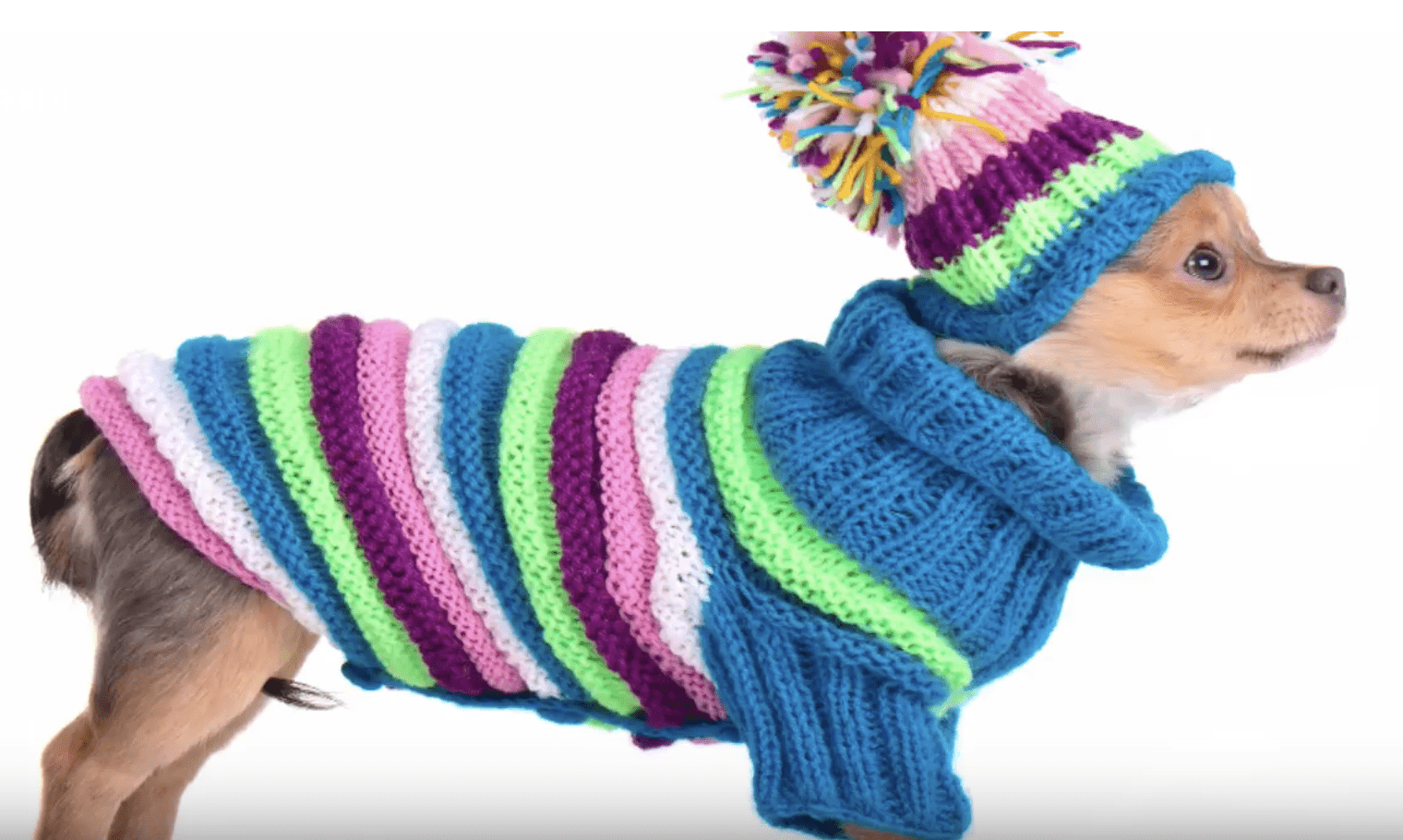 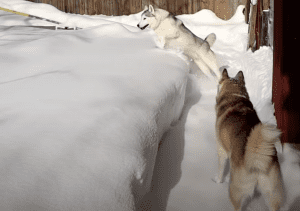 Baby it’s cold outside. But not if you’re a Husky, Malamute or Newfoundland who relish the snow and cold.

However, most dogs benefit from protection against the cold. For small dogs, say under 20 lbs., having a sweater or coat offers at least offer some protection if it’s below 32 degrees. Lean dogs with little body fat, including the Vizsla, Weimaraner, many mixed breed dogs and most certainly sighthounds like Greyhounds, Salukis and Italian Greyhounds might even require wearing winter gear if it is anywhere near below 40 degrees and certainly below freezing. This is even more true of geriatric small dogs or geriatric lean dogs.

Just as circulation isn’t the same among older people, geriatric pets have similar issues. This is why when visiting people of a certain age, their heat may be turned up to 85 and it’s 60 degrees out. Even those Huskies, Malamutes or Newfoundlands who once joyfully bounded in the snow might now get cold. Also, arthritis can worsen related to cold (and/or damp) weather. 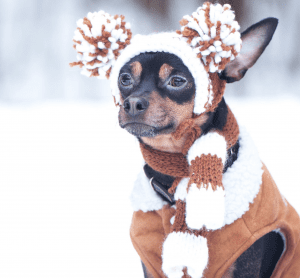 When it’s below zero outside, experts suggest we layer – and the same is true for outfitting our dogs, particularly small dogs, even if it takes more time to get the pup ready for going outdoors than time actually time spent outside to “do business.”

When temperatures take a nosedive, many dogs get it – they will do their business fast and race to come back inside. However, for some dogs, its challenging to concentrate. None of us would want to do potty in a snowstorm. More than the usual number of trips – albeit very brief trips outside – might be the solution.

Another small dog option is to teach litter box training. There are litters and litter boxes manufactured for dogs. Or a large plastic storage box meant for sweaters can suffice as a litter box. Is it worth teaching the dog how to do this? That depends on how many very cold days you expect to have combined with your own ability to deal with arctic blasts. 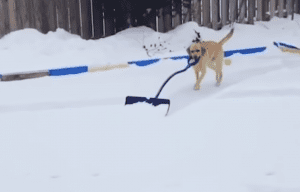 Also, note that dog can certainly get frostbite. Their paws are the most obvious place, but also their tails and ears – that at least until someone invents a glove for a dog tail or muffs for dog ears.

The combination of ice and cold and snow, and especially with street salt added to the mix, can sting dog paws. Little ice balls can form between the paw pads, and these hurts – which is why dogs sometimes hop in the cold, or don’t even want to walk. 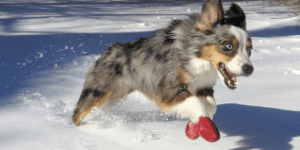 A common concern, particularly as the weather hovers from just below freezing up to the 30’s or when it’s been warm and now it’s really cold is that the ice on ponds, rivers and lakes may not be as solid as you think. Every year there are instances of dogs falling through thin ice, and worse the people succumbing attempting to rescue pets.