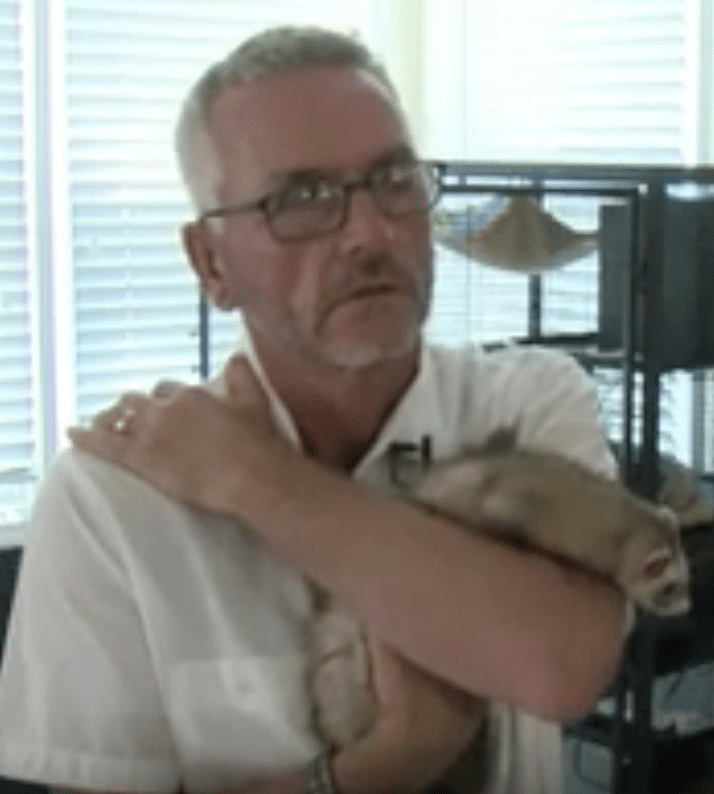 European ferrets are a domestic species. That’s not my opinion; it’s a fact. And they’re not newly domesticated, either. The domestic ferret (Mustela putorius furo) is thought to be domesticated from the Western polecat (Mustela putorius putorius) or Eastern European polecat (Steppe polecat Mustela eversmanni) a couple of thousand year ago in Europe to help keep vermin away. 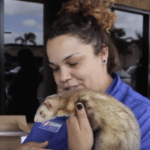 California, the only contiguous U.S. state to ban pet ferrets, maintains they will get outside and reproduce (hard to do since they’re all spay/neutered) or kill wildlife or farm animals. When unlucky ferrets get out, they are not like many cats, who can hunt. What’s more, in wet or hot California weather, they wouldn’t survive very long to hunt. And if even a lucky individual does somehow survive outside, ferrets only live 6 to 12 years and are unable to reproduce (being spayed or neutered). Unlike cats, there isn’t a known single colony of outdoor ferrets ever to exist in the U.S. And, ferrets don’t typically attack wildlife or farm animals.

In other words, it’s a mystery as to why California public officials have dug in their heels on this issue. Legalization came close a few years ago, but then-Governor Arnold Schwarzenegger vetoed the bill. That’s especially ironic since the governor once starred in a move featuring a lovable ferret, “Kindergarten Cop.” Maybe off camera, this ferret was demanding, and somehow offended the star. 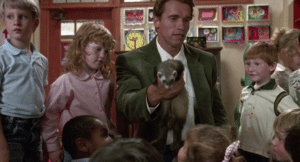 Gov. Schwarzenegger once play along with a ferret in a move – what’s his issue?

Also ironic is that California likely has more pet ferrets than any other state in the union. No one is quite sure how that happened. It’s likely that when ferrets became really trendy in the late 1970’s, Californians took a fancy to ferrets, without even thinking the pet may be illegal.

Unable to successfully lobby for a state-wide change, John Wright and ferret owners, pursued La Mesa as a sanctuary city for ferrets. Public officials there had no idea how popular these fun-loving little pets were. Perhaps ferret owners from elsewhere in the state will move to La Mesa. Of course this is all very silly, and money is being spent that could be spent elsewhere. Learn more at legalizeferrets.org.