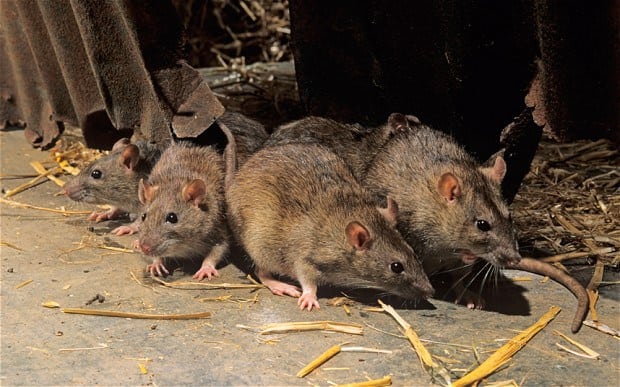 Veterinarians might have warned us, as anecdotally they’ve known leptospirosis has been on the rise over the past few years.  In New York City, three people were very recently sickened, one died of this bacterial disease.  Veterinarians have known about increased leptospirosis because of the rise of lepto in dogs, and dogs serve as a sentinel.

Directly from the Centers for Disease Control & Prevention: “Leptospirosis is a bacterial disease that affects humans and animals. It is caused by bacteria of the genus Leptospira. In humans, it can cause a wide range of symptoms, some of which may be mistaken for other diseases. Some infected persons, however, may have no symptoms at all. Without treatment, Leptospirosis can lead to kidney damage, meningitis (inflammation of the membrane around the brain and spinal cord), liver failure, respiratory distress, and even death.”

According to the New York Times, and various other Sources, officials in New York are bending over backwards to state that leptospirosis is a rare disease, and it is in people in the U.S. – but the potential is there. Globally, from the CDC, and World Health Organization lepto is the most widespread zoonotic (transmitted from animals to people) disease in the wolrd.

Generally people get the disease from wildlife, or in rare cases from our own dogs who may have been infected by wildlife. It appears that in New York City, Norway rats (city rats) are the culprit. It’s unknown how the three sick individuals (who live in the same neighborhood) came into contact with rat urine. For dogs it’s easy, they drink from a puddle a rat urinated in, or step in a place where there’s urine from an infected rat, and then lick their paws. Preventing leptospirosis in dogs is really easy because dogs can be vaccinated.

However, it’s important to note that rats are not the only culprit out there; other rodents of all kinds, raccoons, skunks, opossum and other critters do also spread lepto.

While leptospirosis rarely kills people, obviously it can. 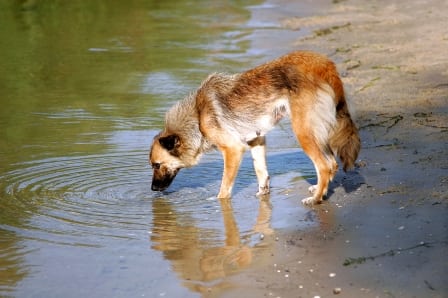 Dogs can get leptospirosis simply by drinking from puddles or ponds, not likely though if they are vaccianted

It’s important to know that dogs are more susceptible to becoming ill or even dying than people. Again, vaccination is something that should be discussed with your veterinarian, as prevention is always better than treatment.

According to New York City’s Department of Public Heath, 2006 to 2016, 26 cases were reported of leptospirosis in people in the city; the Bronx had the highest number, eight.

The three most recent cases occurred in the past two months. All the patients became severely sick and were hospitalized with acute kidney and liver failure, the health department said. One died as a result of an infection. The two who survived have been released from the hospital.

I doubt few would argue with this advice form the CDC, “Avoid contact with rats.”