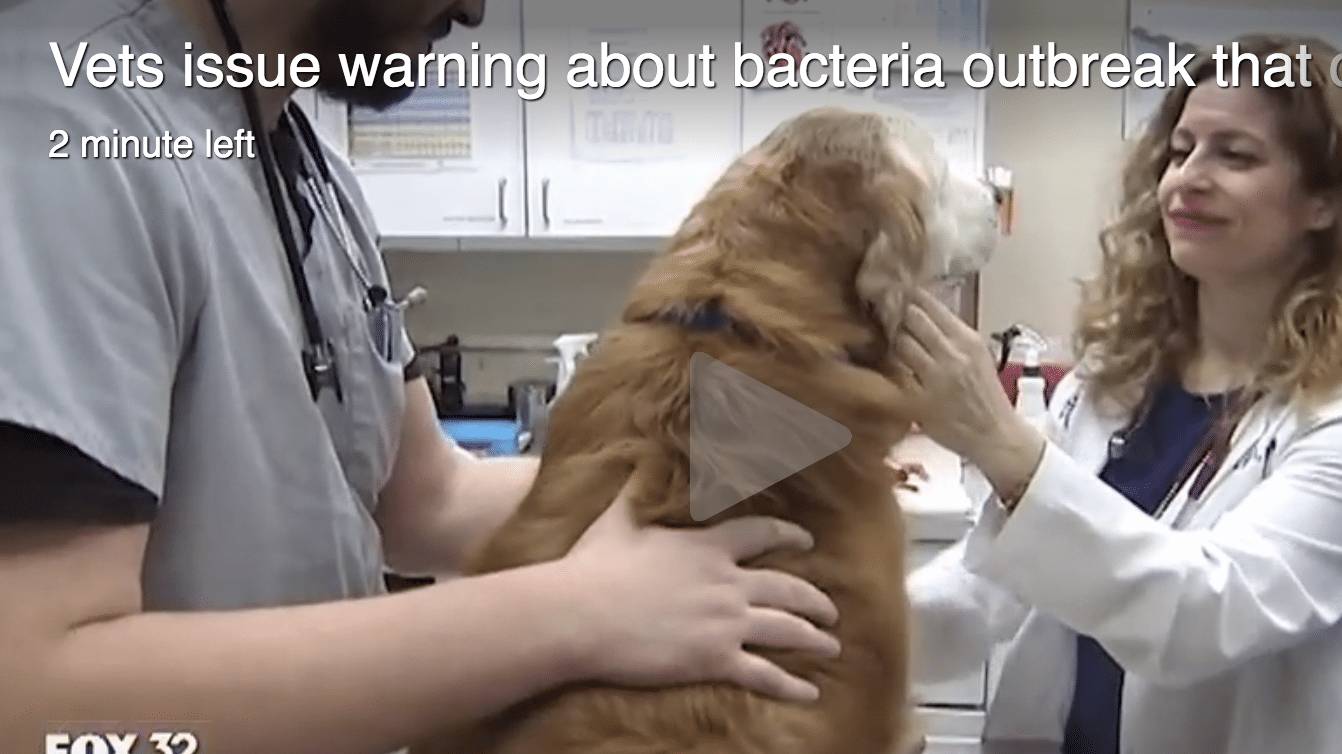 What’s going on with leptospirosis? The bacterial infection, which can be deadly to dogs and even humans, is spreading around the country. In urban areas, the bacteria is primarily spread by rats, but other critters are quite efficient about carrying the illness, including other rodent species as well as raccoon, skunk, and opossum. Unvaccinated dogs spread it, too.

“Some dogs can be carriers of lepto where all we see is an increase in thirst and urination, or we can see a full blown very severe infection, where dogs come in with a fever, they may have yellowing to their skin, they’re vomiting and having diarrhea,” says Dr. Natalie Marks of Blum Animal Hospital in a Fox News report in Chicago.

Leptospirosis can be transmitted several ways, according to Cook County veterinarian Dr. Donna Alexander. Most commonly, from infected urine in a lake, a pond in the woods, a retention pond in a development, even puddles, or, surprisingly, dog water bowls left outside by businesses. Pretty much anywhere that an infected animal can pee, and then dogs drink the tainted water or even step in it and lick paws. People who touch the water and then put their hands into their mouths can also be infected. Lepto can also be spread in other ways, such as through the skin if there’s an open wound or cut.

In dogs, leptospirosis can be serious, but it can be in people as well. In fact, in New York City, one man recently died of the illness and two others have been diagnosed in recent weeks.

The good news? Leptospirosis in dogs can be prevented. Dr. Marks suggests vaccinating your dog against the bacteria using a vaccine that protects agains the most common strains.