Lonely Penguin Watches His Own Kind on an iPad 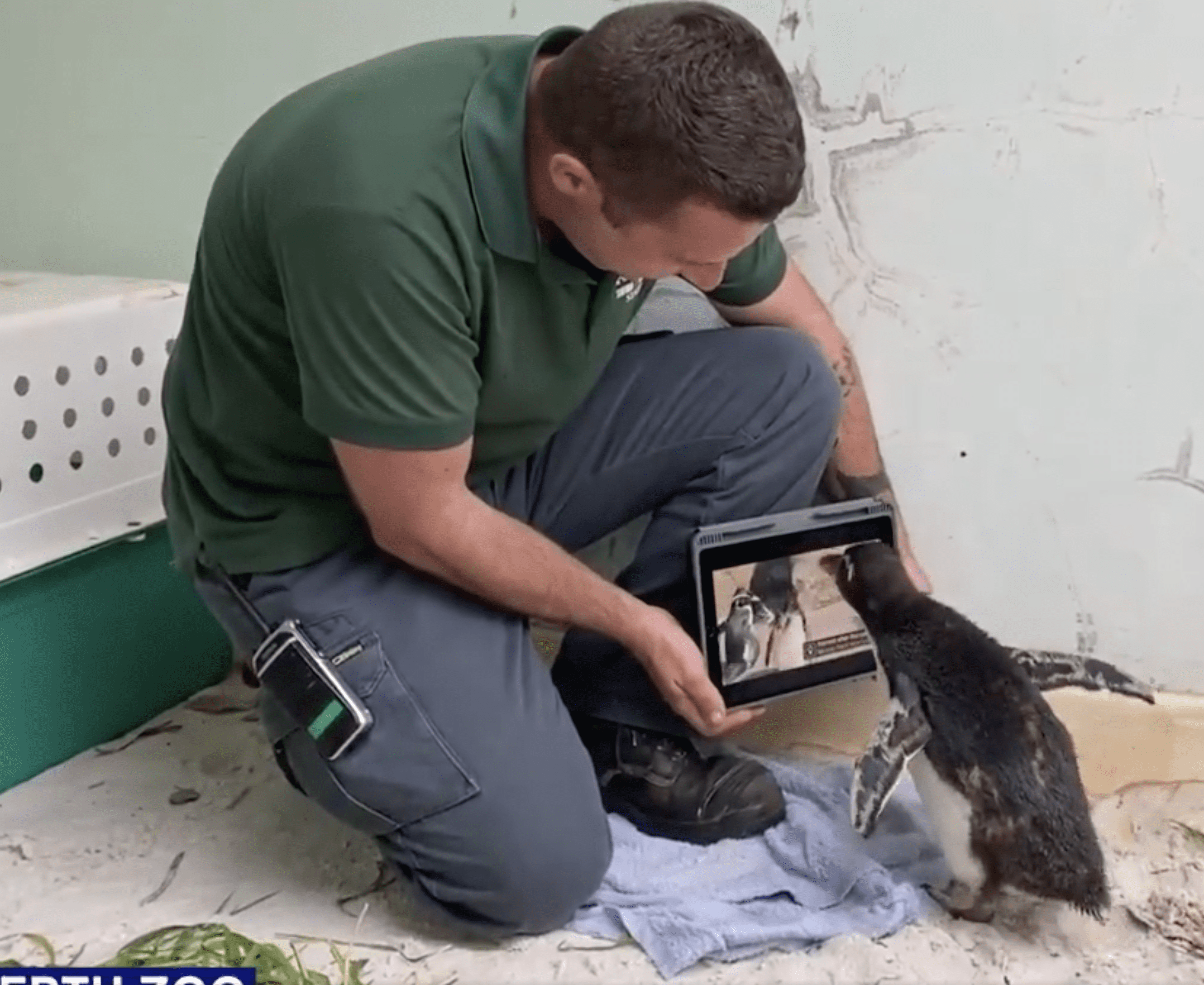 Penguins get lonely too. Pierre, an endangered Northern Rockhopper penguin, was found washed up on a beach in Western Australia.

He’s since been experiencing some feather molting problems, meaning he’s not waterproof, so naturally he’s been unable to return to the wild. He’s being treated at the Perth Australia Zoo, but keepers noticed he has been acting depressed. Staff at the zoo thought since penguins are so social that he may perk up by seeing others of his own kind. And it’s working. When Pierre watches other penguins on an iPad, he “talks” with delight and clearly find that hop in his step.

'Pierre' the penguin has become iPad-savvy during a stint of rehabilitation for feather moulting problems at Perth Zoo. He enjoys watching rockhopper penguin documentaries, livestreams of rockhopper penguins and 'Pingu'. https://t.co/8ftPfFYTVQ #7NEWS pic.twitter.com/6n0IkydVTN