Unlike some actors, Lucille Ball never minded working with animals, as long as the laughs still came And Lucy especially loved dogs. 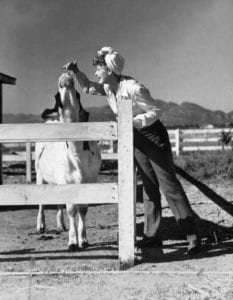 Just before her “I Love Lucy” days Lucy and Desi lived on a farm (outside Los Angeles) where they had a cow who was more like a rooster. I don’t recall the cow’s name, but Lucy did as she told me the story of how the cow would come to the window every morning to wake up the couple There are dozens of pictures of  Lucy and Lucy and Desi together with their American Cocker Spaniels 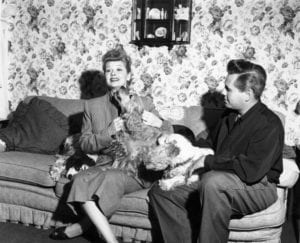 Later in life, she had a series of Toy Poodles, all were named Tinker. When one passed away, the next was named Tinker II, etc. Lucy’s best pal, actress Paula Stewart, author of the book “Lucy Loved Me” told me that her Tinker dogs were “nasty,” only wanting to be with Lucy.

There were two times that Lucy told me she did not like working with animals. At Marineland she and Mr. Mooney (played by actor Gale Gordon) found themselves in a pool with dolphins. She said the dolphins poked at her ribs and kidneys with their snouts. And the water was cold. She said the director thought she was the best actress ever, but she really was terrified! 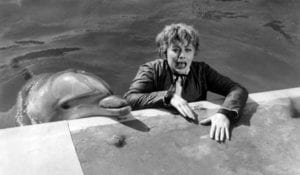 I an episode of “The Lucy Show,” her character lost money which wound up under the foot of an elephant. And Lucy was (understandably) intimidated by the pachyderm.

Overall, she didn’t care about animals upstaging her – she was about getting laughs – and that is all that mattered. Besides, even the cutest puppy couldn’t upstage Lucy. 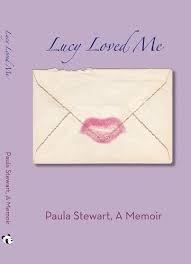 Listen HERE to my podcast with Stewart. She says that Lucy even raised some of her puppies.

Listen HERE to my podcast with Lucy’s one time videographer Stu Stoshak.

In another podcast, HERE I speak with Lucille Ball longtime secretary Wanda Clark.