Lyme Disease on the Rise 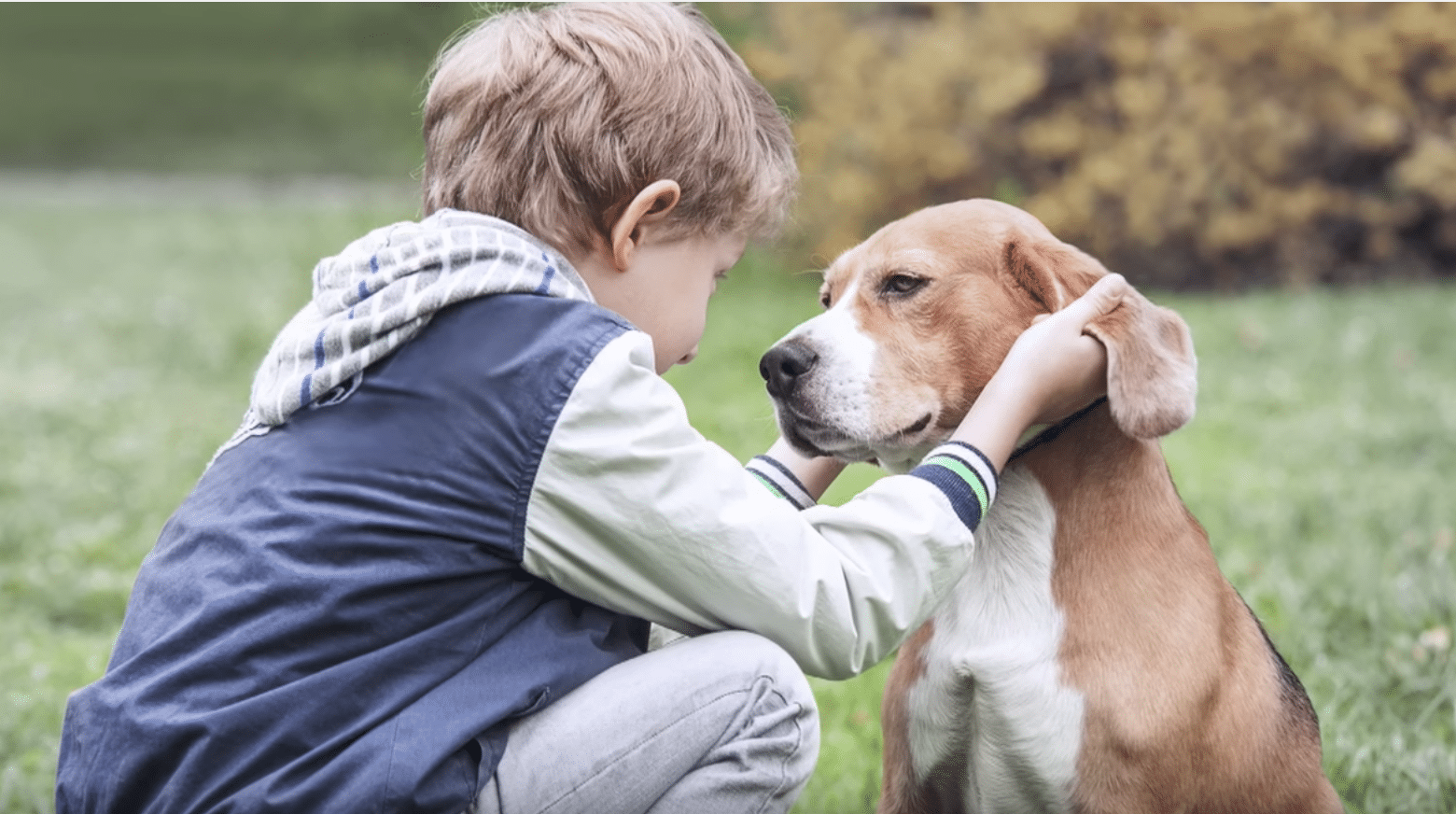 Lyme disease is spreading in America.

FACT: In most places where Lyme has historically been diagnosed, it has become more abundant.

FACT: Geographic regions where Lyme has historically been less prevalent are now seeing the illness far more often as it continues to spread. And, it’s getting worse every year.

We know what we know about Lyme because the Companion Animal Parasite Council (CAPC) tracks dogs with Lyme. What happens in dogs is important because dogs are a sentinel for Lyme (and many other tick-borne illnesses) in people.

Companion Animal Parasite Council mapping. Note this is just Lyme; there are many other tick diseases, and all are on the rise.

Oddly, there’s controversy and stigma surrounding tick disease in people. Some wonder if the Centers for Disease Control is actually as precise in their data as CAPC.

Still, there are plenty on the human side paying attention and watching the predictors of a Lyme onslaught, as published in the March issue of New Scientist. Dr. Richard Ostfield, disease ecologist at the University of California Berkeley, predicts an “unprecedented outbreak of Lyme disease this year.” 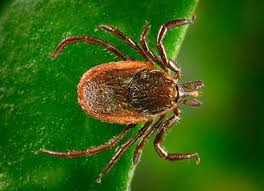 However, some suggest that Lyme remains very much misdiagnosed and under-diagnosed in people, so no one knows what the real numbers are.

In 2013, Paul Mead, MD, MPH, chief of epidemiology and surveillance for CDC’s Lyme disease program, said in Entomology Today, “We know that routine surveillance only gives us part of the picture, and that the true number of illnesses is much greater.”

And Lyme isn’t only a U.S. concern. In Europe, confirmed cases have been steadily rising for 30 years. Today, the World Health Organization (WHO) estimates that 65,000 people get Lyme disease each year in the region. In the U.K., 2,000 to 3,000 cases are diagnosed each year, up tenfold from 2001, estimates the U.K.’s National Health Service.

In the U.S., there are many presumed reasons for the continued rise of Lyme disease. At the end of the day, it’s a pretty simple formula: More ticks mean more tick disease.

Clearly, warmer winters and wet springs offer favorable conditions for ticks. But, the unsuspected real Lyme culprit is the white-footed mouse. According to one report, this seemingly cute and all too common rodent, infects about 95 percent of ticks with Lyme that feed on it. 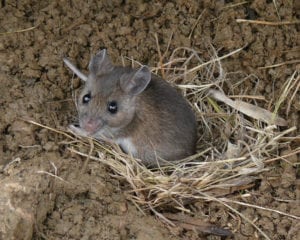 So, these mice are more well fed than ever, and have fewer natural predators because the owl, fox and coyotes that eat them are declining in number.

Unlike raccoon or opossum that may deal with a few ticks and will even eat some off, the mice gleefully live with up to 50 or 100 ticks on them.

As the tick species most commonly associated with Lyme—the deer tick, often called the black-legged tick (Ixodes scapularis)—continues through its life cycle, it feeds on larger animals, from dogs to people to wild turkey to various other animals to, most often, white-tailed deer. And there are more white-tailed deer in America today than ever before. Weather plays a role, and fewer predators, including wolves, bobcat, and coyote. 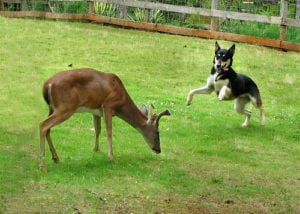 Fool around with Mother Nature, and she gives us more tick disease.

Also, it’s a mistake to believe that tick disease only occurs in the woods. Lyme has been identified with surprising frequency in places like New York and Chicago.  For years, dogs have been transporting ticks from upstate or mid-state New York back to Central Park in Manhattan or from summer cottages in Wisconsin or Michigan into Lincoln Park in Chicago. In these parks, the ticks have no shortage of blood meals, making “withdrawals” from raccoons, squirrels, opossum, and even city rats, not to mention unprotected people and unprotected dogs.

For all these reasons, tick disease is booming, and, depending on a variety of factors, might even explode this summer.

Interestingly, the news is actually better for dogs than it is for people, starting with testing. Symptoms of tick disease in dogs include lameness (usually on alternating legs), swollen joints, lethargy, mild fever, and appetite suppression. Sometimes these symptoms, which typically come and go, may be mistaken (even by veterinary professionals) for other problems without appropriate testing. And, without testing, tick disease often goes undetected. For example, a dog that’s feeling “yucky” and running a mild fever may not be noticed by family members, as dogs have no way to tell us, and rarely call in sick to work.

So, testing is necessary. The SNAP 4Dx Plus Test identifies antibodies that are produced only as a result of a Borrelia burgdorferi infection (Lyme). The same test also detects antibodies to Ehrlichia canis or Ehrlichia ewingii (both are tick diseases) and indicates exposure and the transmission of infectious agents. (Additional testing is recommended in these patients to determine if there is an active infection.) The very same SNAP test also serves to identify exposure to another pair of nasty tick diseases: Anaplasma phagocytophilum and Anaplasma platys. But, the test is actually most often known by pet owners as “the heartworm test” because this four-way plus test also detects the mosquito-transmitted illness. 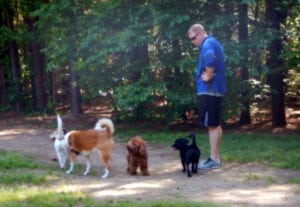 The SNAP 4DX Plus Test should be standard of care in most of parts of the country. If the test shows disease, the veterinarian will be able to respond. A veterinarian can’t respond to something that he or she doesn’t know about.

So, perhaps your dog has tested negative for Lyme. The next step is continued protection. For starters, checking daily for ticks. However, with all that dog hair, this isn’t always the most efficient means of prevention.

There are many veterinary products that work well, including various spot-on products and chewables. However, not all tick preventive products are the same. You do want veterinary input. Taking the chance on an over-the-counter product with buzzwords like “all natural” is actually ill-advised, and even more so are “homemade remedies.”

Where Lyme is endemic or a serious threat, there is a Lyme vaccine for dogs.

Sadly, this extent of protection is not available for people. But, precautions can still be taken. When hiking in woods where ticks are known, long pants, and even clothing laced with insecticide, is suggested. And people should check themselves, and especially inspect children, for ticks However, ticks can be tiny and difficult to spot. None of this is nearly as efficient as the protection we can provide for dogs, not to mention that the Lyme vaccine for people is still several years down the road. 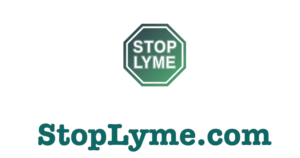 Be grateful that in veterinary medicine there’s nothing controversial about tick disease or questioning its existence, and that precise testing is available, and prevention is possible.

Learn more about Lyme in people and pets here.