Monkeypox and Pets: Just the Facts 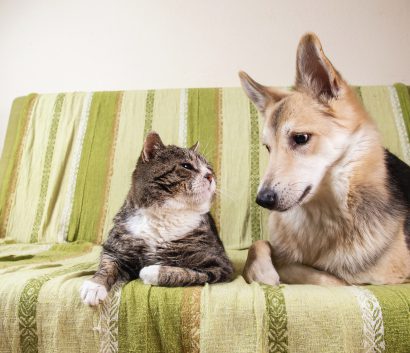 Monkeypox (caused by monkeypox virus, a member of the Orthopoxvirus genus in the family Poxviridae) cases have been on the rise in the U.S. and around the world. And as one print story said, “Now, our pets are being infected.” That is an outright overstatement – and the reason for this story.

For starters, in humans, as of August 16 there are a reported 38,019 cases of monkeypox worldwide. This data includes nations where the disease previously was never or only very rarely reported, but also includes African nations where monkeypox has been endemic and reported for many years. In the U.S. the number in 2022 of positively identified with monkeypox is 12,689. This number – at least at the moment – is growing and is definitely concerning.

As far as scientists are aware, there is one confirmed case of monkeypox in a companion animal, a dog in France, as published the The Lancet. Certainly, it’s possible other pets in the U.S. or anywhere in the world may have been infected with no signs or mild signs, which may not have been detected and therefore not reported. No one knows.

The dog in France has survived fine, but did develop pustules as humans with the disease often do. Having said that, little is known about the disease in dogs because the disease is so incredibly rare in dogs.

The CDC says it’s possible that infected people can spread monkeypox to pets through close contact like petting, cuddling, hugging, kissing, licking, sharing sleeping areas, and sharing food. The CDC say they continue to learn which mammals are most vulnerable and which species can transmit the disease directly back to humans.

The American Veterinary Medical Association and CDC offer this advice regarding what pet owners need to know?

CDC Guidelines on pets and monkeypox.

As the American Veterinary Medical Association reported regarding COVID-19 and pets, as more is learned – they will continue to offer updates online.