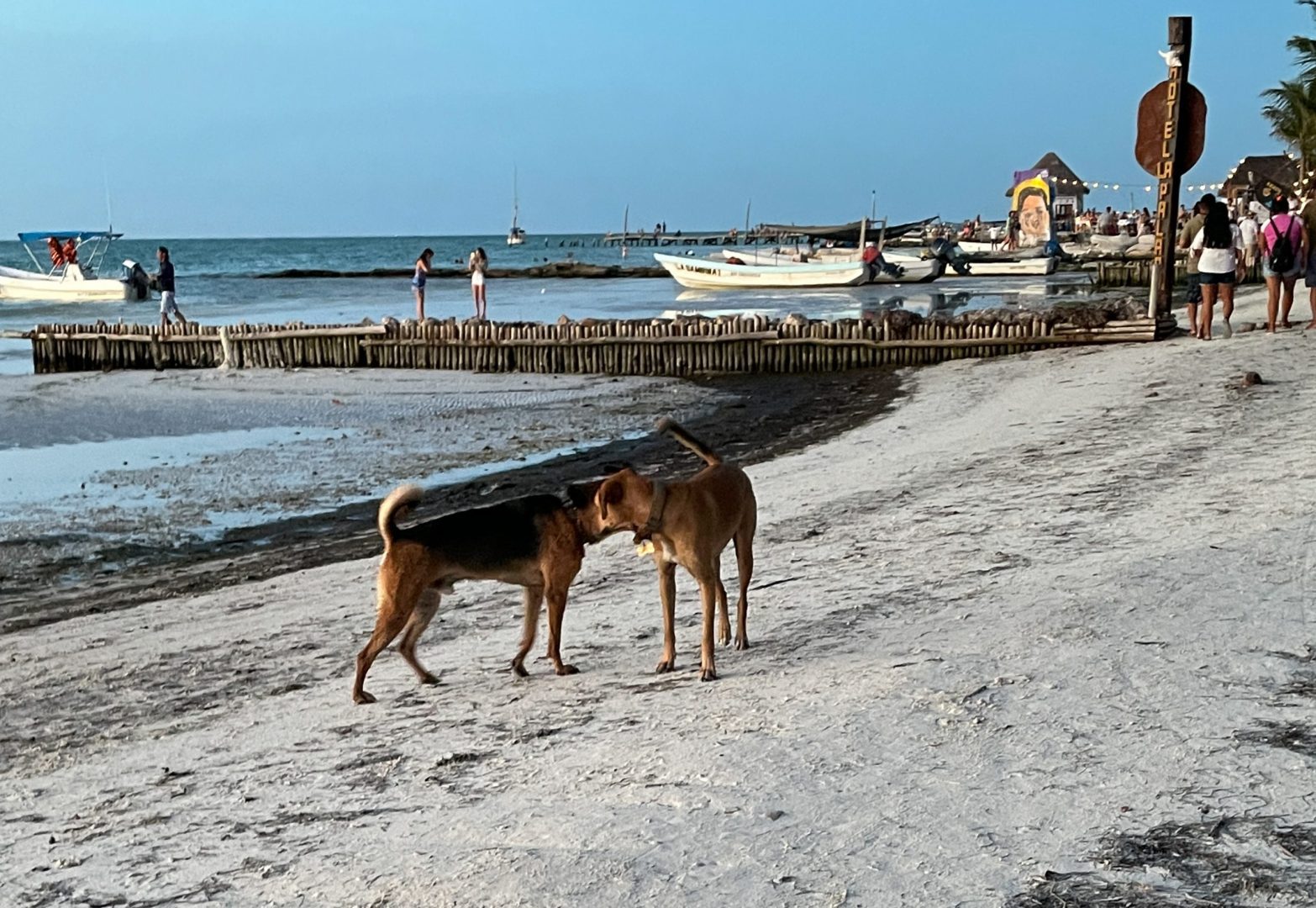 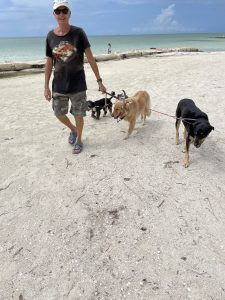 Holbox Isle, Mexico. This small island near Cancun, MX is fantasy island for dogs. And for people who love dogs.

August 26 is National Dog Day – and true enough no matter where you are in the world, a dog is a dog is a dog. That’s true whether the dog is sharing our bed in the U.S. (which is true for 61 percent of dog parents) or dinning at a restaurant with the entire family in France, which may include the dog or even a pet dog who spends the day roaming beaches and visiting tourists on a small island in Mexico. 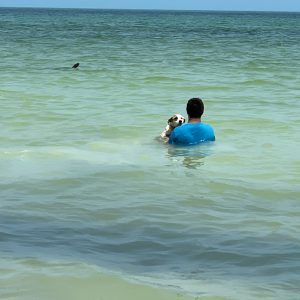 Lovingly giving his dog swimming lessons. I was watching, and so was the circling dolphin in the background

Nearly all the dogs playing on the beach or walking up and down the streets have collars and tags. They belong to someone. But you wouldn’t know it because the dogs are on their own, and they are everywhere. Other dogs, are simply walking on leash as they would in the U.S. or elsewhere in the world. One man from Belgium was walking his three dogs. He moved to Holbox to open a bakery because he says, “Everyone here loves dogs and that means everyone here is civil.”

Upsides: Holbox is a great place to document natural dog behaviors, watching dogs being dogs. Many of the dogs know one another – and even for those who do not – these dogs are so well-socialized; dog fights hardly ever happen.

When dogs beg tourists for food, they’ve learned to do so while appearing as cute as possible, sitting and silently staring with a gentle tail wag. Few humans can resist offering a sample.

Downsides of this nomad lifestyle include a lack of some routine veterinary care (dependent greatly on socioeconomic factors). And being dogs diets may include whatever they happen to find, including dumpster diving and beach cleanup. Sadly, dogs don’t always make healthy choices. 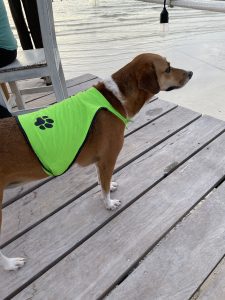 There is at least one shelter on the island which enlists tourists to walk dogs; voluntourism (which was begun at an animal shelter in Puerto Vallarta, MX) is encouraged.

While dogs far outnumber cats, to be sure cats are here too. Most cats are indoors/outdoors, while some are only outdoors and some of those still have names and are supplemented with food. We met one very round cat – now indoors only – and for good reason. Clearly this cat is as spoiled as the owner suggests and is loved.

In just our few days in Holbox we can site many examples just as touching any U.S. story about the bond. What comes to mind is one guy gently and with great patience taking his small dog out into the ocean, maybe for the first time. I wasn’t the only one watching this scene. A dolphin was circling these two. Or the countless times we saw a handful of tourists from various nations gathering a circle to watch dogs play, clearly bringing joy to spectators nearly equal to the frolicking dogs.

Dr. Jane Goodall once told me, “Dogs are the most wonderful creatures on earth.” Who can argue?