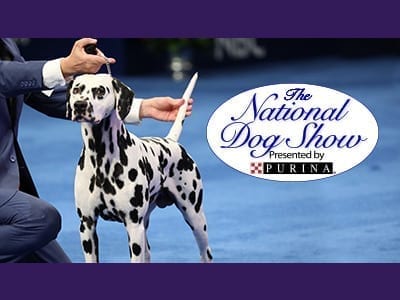 It’s a Thanksgiving Day tradition at noon , the National Dog Show presented by Purina at noon in all time zones on NBC. 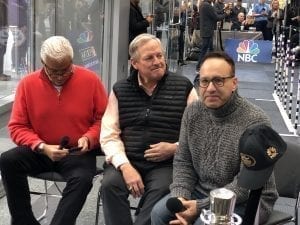 Prepping for broadcast with O’Hurley and Frei 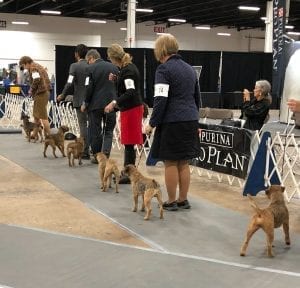 O’Hurley has always wanted to go into show biz, and he’s done it all, from TV sitcoms to hosting game shows to broadcasting golf. He was even an early winner of Dancing with the Stars. But of all he’s done, it’s talking dogs that he now loves most. He’s even authored books about dogs.

For all these years, the National Dog Show presented by Purina has garnered amazing ratings – and O’Hurley explains how that happened. And he explains why he loves broadcasting dog shows more than anything! 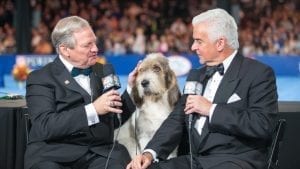 Frei and O’Hurley go to the dogs

David Frei is the guy who they poked fun at in the film Best in Show. He revealed for the first time that the greatest dog show announcer never had a dog growing up. He tells how it’s a woman who brought him into the dog show world.

We talked about how those judges rank Best in Show, and what they’re really saying. I suggest the judge says, “I want a sandwich, I’ve gotta end this soon.” Frei says that’s likely not true. And he answers, “Does charisma count?”

Now is the Time to Vaccinate for Dog Flu

The dog flu still exits, and I explain why now – if you are kenneling your dog for the howlidays it may be the best time to vaccinate. It’s a matter of need but also timing. First there’s an initial injection, and then three weeks later a booster – so you have to plan about four weeks in advance. Learn more here.