On National Puppy Day, people get their puppies primarily from five sources (listed in no particular order): 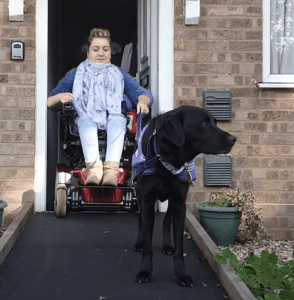 Purchasing puppies – and all dogs these days, the rule is buyer beware. Still, many may want a pure-bred dog, and when purchased from a responsible breeder I suggest it is your right.

Interestingly enough the American Kennel Club (AKC), which just released their list of most popular breeds, remains among the organizations supporting sales of puppies in pet stores, and therefore supporting sources which include puppy mills. Since pet stores never sell puppies bred from hobby breeders, the AKC is arguably offering support to those who are competition of those decreasing number of conscientious breeders who truly are committed to benefiting their breed of choice for all the right reasons. 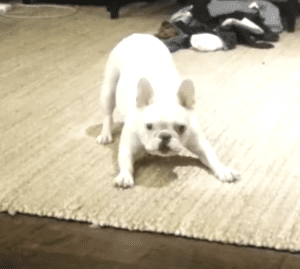 For 31 consecutive years, AKC registration numbers continue to celebrate the Labrador Retriever as America’s top dog. Labs are one of the most amenable and versatile breeds, enjoying rollicking in the snow, chasing and retrieving over and over again, and oftentimes with a temperament suitable for working in animal assisted activities, visiting hospitals or nursing homes or employed as service dogs.

For the second successive year, the French Bulldog wiggles into the number two spot. Certainly, Frenchies are fun and adorable and arguably have a sense of humor. But they also snort, snore and are responsible for, at times, excessive pardon the odor – flatulence. And with their increasing popularity their value has increased too, as exhibited by the theft of Lady Gaga’s Frenchies in 2021. 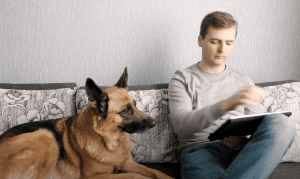 Last year, Golden Retrievers dropped to number four on the popularity chart, perhaps their various health issues are responsible for diminishing their status just a bit. German Shepherd dogs moved up to the third most popular breed which President Joe Biden cheers. Now, they’ve flip flopped yet again, as Goldens are number three and German Shepherds are at number four on the AKC list.

Charles Schulz had said Snoopy was based on a Beagle

Not so athletic are Bulldogs, which dropped a place to number six on the current AKC list.

At number seven and in the top-10 now for about 50 years are Beagles. Before Labs began their three decade plus reign in the number one spot, “Snoopy dogs” were America’s top dog, still they do remain popular.

Rounding out the top 10 are Rottweilers at number eight, German Shorthaired Pointers at number nine (up from number 22 on the AKC list a decade ago) and the varieties of Dachshunds are number 10.

More Highlights: Trendy and Not So Trendy Breeds 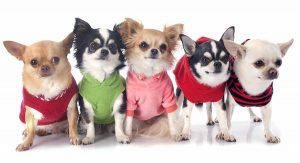 What happened to Chihuahuas? For many years, Chihuahuas were among the top-10 breeds and certainly among the top 20. While certainly (too many) Chihuahuas and Chihuahua-mixes remain available in shelters, those registered are now at number 37 on the AKC list. 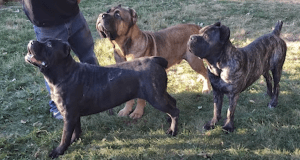 Should we be concerned? The Cane Corso continues to skyrocket in popularity and is now at number 21 in popularity. A guard dog, originally from Italy, can certainly make a devoted family dog, but requires lots of socialization and isn’t the best bet for beginners. The hope is that people who are purchasing are doing so for all the right reasons.

Ten years ago, Boxers were still entrenched in the top-10 at number eight. They had fallen significantly but are climbing back, and are now number 14.

At the very bottom of the AKC list are American Foxhounds, number 195; English Foxhounds number 196 and Norwegian Lundehunds (once referred to as Puffin Hounds) at number 197.