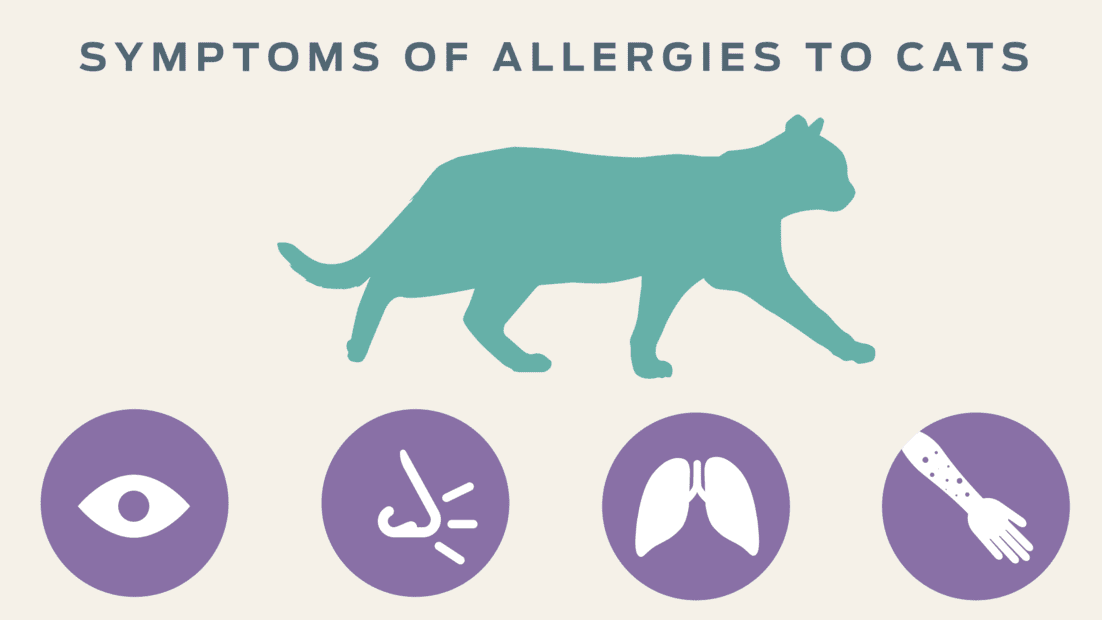 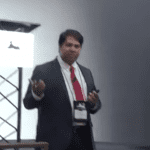 Around 20 percent of people are allergic to cats, at least to one extent or another. Allergies to cats are the most common allergy in humans, according to Dr. Ebenezer Satyaraj, director of Molecular Nutrition at Purina. As a result, thousands or even millions who might live with a cat just don’t or they relinquish their cat to a shelter or just boot the cat outside. Among those who are allergic and manage to live with cats, some people get expensive allergy shots, others take decongestants and other meds to control their symptoms. And the bond may not be as significant because people with allergies are told to keep their cat out of the bedroom, and even told not to brush the cat.

Satyaraj spoke on November 2 at the American Association of Feline Practitioners meeting in San Francisco, CA. He explained that 95 percent of people allergic to cats are actually allergic to a protein on the saliva, called Fel d 1.

Cats are fastidious groomers who deposit that Fel d 1 protein on their bodies as they groom themselves, and over time the Fel d 1 protein sheds or drops off and sticks to the floor, to furniture, to walls and to us when we pet cats. This is how the environment is affected. And of course, when people are allergic touch a cat and then put their hands to their faces, they respond with itchy eyes, sneezing and even wheezing.

While there are variations about how much Fel d 1 an individual cat has, Satyaraj offered data of a study to indicate that body size, gender and coat color are irrelevant to how much Fel d 1 a cat has, Interestingly, as cats age, Fel d 1 may begin to decline, though no one knows why. 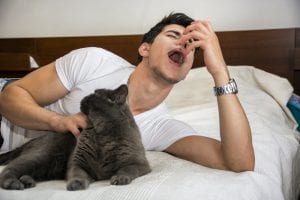 “We know what Feld1 does to us, but we don’t really know what it does for the cat, if anything,” he said.

Satyaraj thought using an egg product, added to cat food, might solve the allergy problem in humans. Several studies later, it turns out his hypothesis is correct.

All this means people with cat allergies didn’t suffer as intensely, if at all, to treated cats.

All and all this research is nothing to sneeze at.

See Satayaraj explain how the Purina Institute has studied fel d 1, and successfully neutralized the allergen.