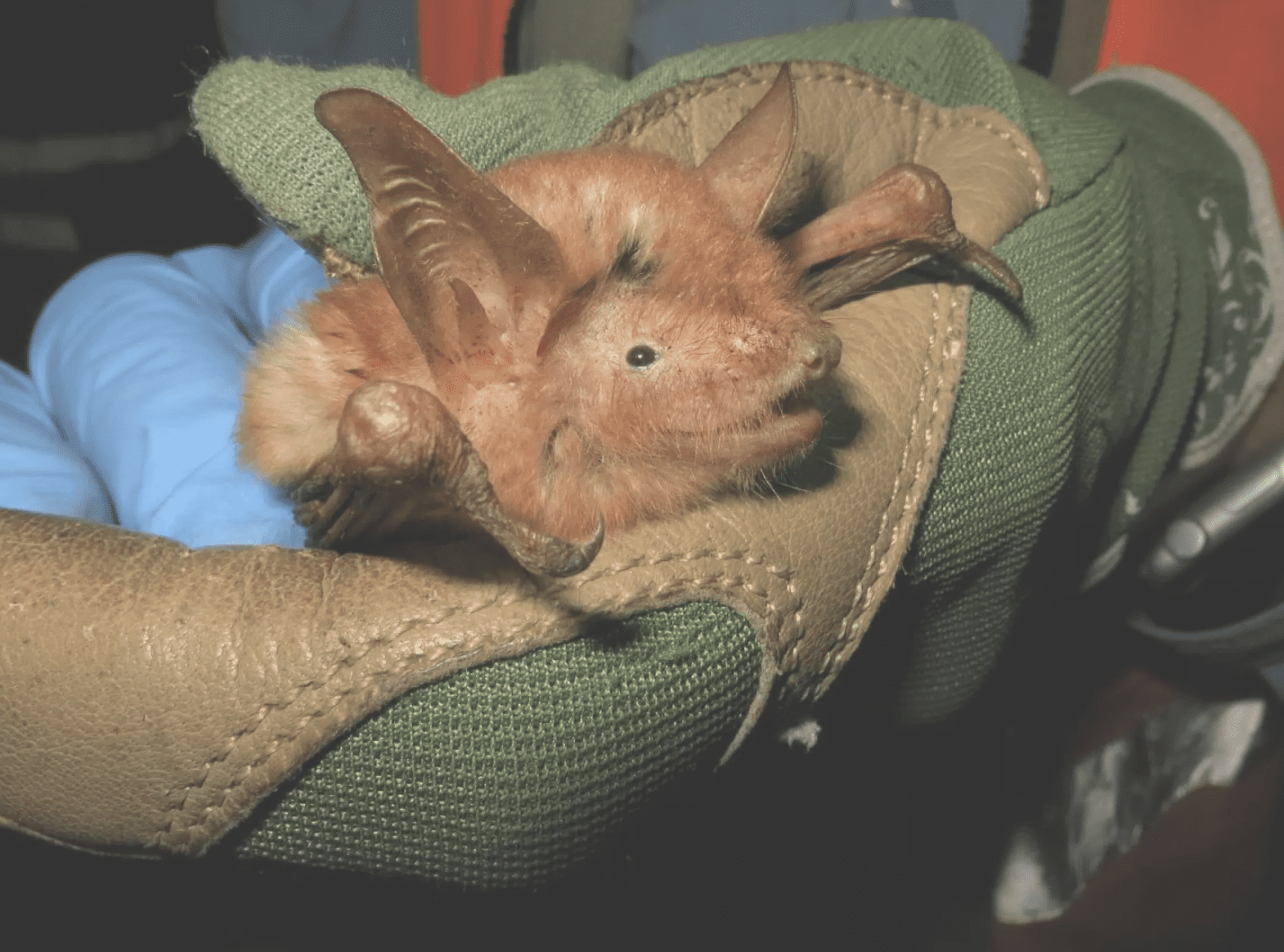 Scientists working in the West African country of Guinea have discovered a new orange-furred bat species. You’d think by now we’d know all the species who we share our planet but that obviously isn’t true. There are over 1,400 species of bats worldwide, and now one more. Bats can be found on nearly every part of the planet except in extreme deserts and polar regions

The find came in early 2018 as scientists were conducting conservation surveys of bat populations in the exceptionally biodiverse Nimba Mountains, a region of West Africa spanning the borders of Guinea, Liberia and Côte d’Ivoire. The researchers were focusing on a series of old mining caves that have since been colonized by bats.

The team initially assumed it must be a uniquely colored version of the common species they were investigating but further investigation began to suggest this orange bat was notably different.

After comprehensive work the researchers have now described the species in a new study published in the journal American Museum Novitiates. The bat belongs to a genus called Myotis, and its location of discovery led to its species name, Myotis nimbaensis.

Apparently, Nat King Cole was walking along minding his business when Flash! Bam! Alakazam! he looked up and saw these bats.

Dr. Patrick Flynn recently discussed the bond and bats with me on WGN Radio.