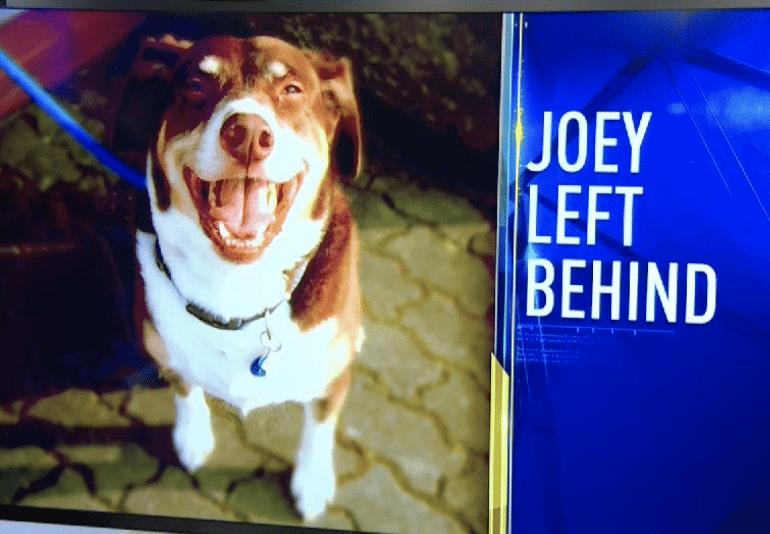 Senator Marisol Alcantara (D-Manhattan) is demanding justice for 10-month-old puppy Kokito and his family, who were forced by a United Airlines flight attendant to stow him in an overhead bin, through a criminal investigation of the airline and its flight attendant who gave the fatal instruction. 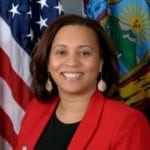 Senator Alcantara is also writing a uniform Animal Passenger Bill of Rights for all flights in and out of New York state. This soon-to-be introduced legislation will explicitly state that animals cannot be stowed in overhead compartments. The rights bill will also contain provisions requiring proper climate control and ventilation for animals transported in cabins separate from their owners. Airline employees, under this legislation, would have to be trained in pet safety.

In a letter to United Airlines CEO Oscar Munoz sent this past week, Senator Alcantara wrote: “In addition, I am calling on the District Attorney to launch a criminal investigation into Kokito’s death. Your airline’s contention that the flight attendant did not know there was a dog in the carrier is outrageous. The passenger and her young daughter repeatedly told the attendant about the dog. However, your attendant took no action to address their concerns or check the bag for the animal. Obviously, passengers do not bring dog carriers on a plane as a carry-on item without bringing their pets. This ridiculous assertion should not, and will not hold up in criminal court. I will do everything in my power to assist the DA in using every legal remedy available to bring justice to this family.”

United Airlines has a poor track record of keeping animals safe. In 2017, the U.S. Department of Transportation recorded 40 injuries and pet deaths on airlines, 31 of which occurred on United. This inhumane treatment of animals, who passengers consider members of their families, is simply unacceptable.

Senator Alcantara will be on my WGN Radio show Sunday, March 25, at 6:35 a.m. CDT (listen at 720AM in the Chicago area, or here). Thus far, United has ignored my invitation to speak about this issue publicly.

When the proposed legislation was announced, United Airlines temporarily suspended their PetSafe program. 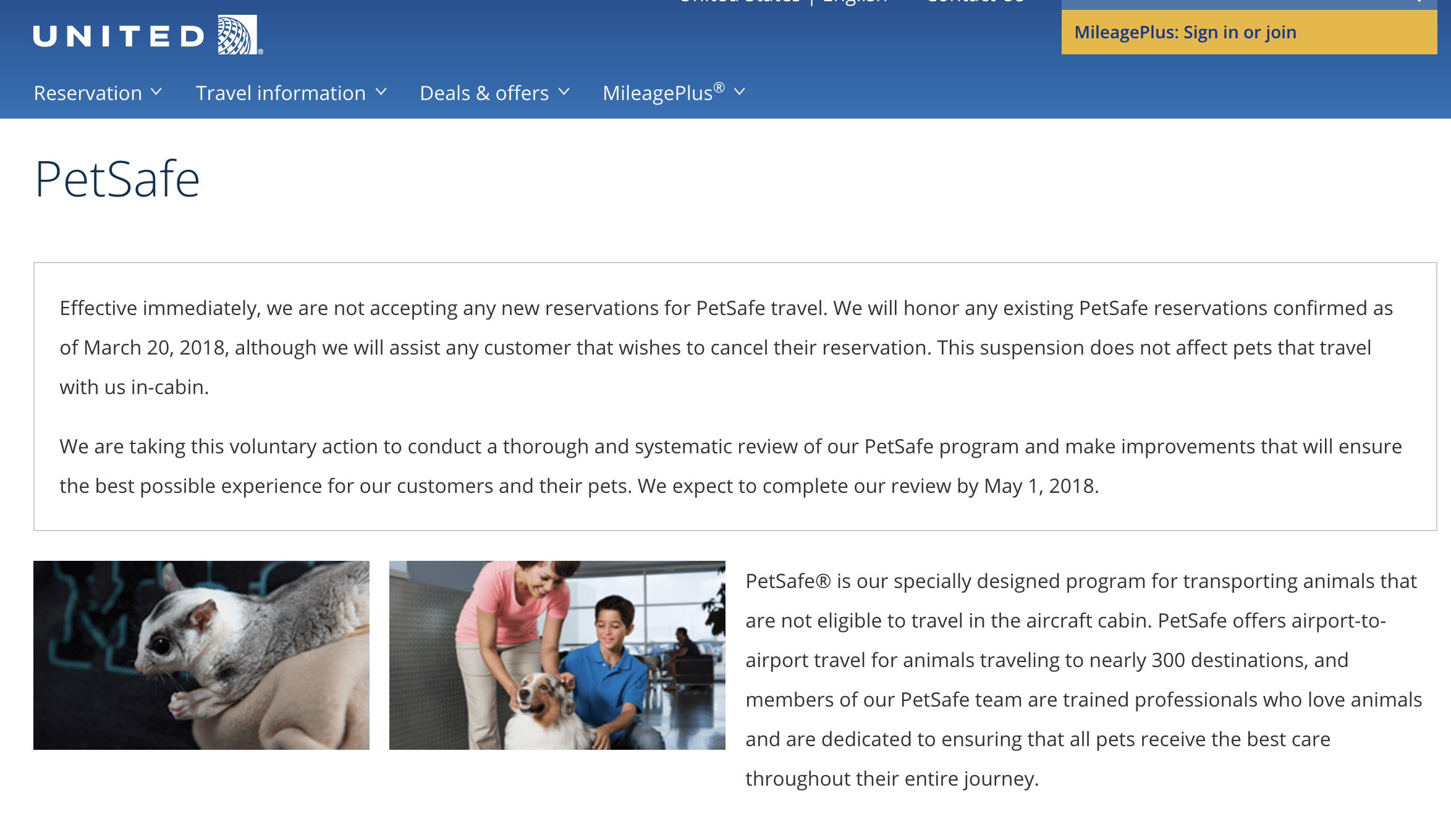 Only days after the incident involving the French Bulldog puppy dying on the plane after being stowed in the overhead compartment, a dog that was scheduled to fly to Kansas from Oregon as part of a family move somehow ended up in Japan. And, only days after that there was still another incident: A United flight was diverted to Akron, Ohio, after the airline realized a pet had been loaded onto the flight in error.

A part of the problem regarding pet flight appears to be third-party vendors. This just happened: A family flying from Germany to Chicago said they landed at O’Hare International Airport Friday (March 23) only to find that their dog had been left in Germany.

Dawn and John MacEnulty said they landed in Chicago Thursday afternoon to discover that their 9-year-old Beagle/Australian Shepherd mix, Joey, who was scheduled to be on a separate Lufthansa flight, was removed from the plane before takeoff, according to a report from WMAQ-TV, Chicago. The family later learned that the dog was allegedly bleeding from his nose and was “anxious” and not approved to travel further by a veterinarian. However, further details appear vague, and the dog was given the all-clear by two veterinarians before the flight, and the paper work was accepted.

Originally from St. Louis, the MacEnulty family said that after living in Germany for a year, they were moving back to the United States following the death of John MacEnulty’s mother.

They booked their flight through United Airlines on March 15, but used a company called Gradlyn Petshipping to handle the transport of Joey and the family’s cat, Molly, per the airline’s recommendation.

But Gradlyn told the family it was unable to book the pets on the same flight as the family because United Airlines had suspended its PetSafe reservations program beginning March 20. The animals were instead scheduled to be on a Lufthansa flight departing 30 minutes after the family’s flight, and they were cleared to fly.

Only after gaining media attention did the family receive word that the dog would be flown to Chicago as soon as he was healthy with no additional charges, but that he wouldn’t be arriving for several days.

The family, by all accounts, did everything properly and paid $1,700 for Molly and Joey’s transport.

PetSafe Program or not, sometimes people simply need to fly their pets. In this situation, what else was the family to do? Leave their beloved four-legged family members behind in Germany? Not move back to the U.S.? Take a boat back to the U.S.? What do the airlines want people to do?

There are two basic issues at the core of this. In truth, the airlines lose more luggage than they do pets. So, should it be a surprise that they also “lose” pets? Perhaps the industry ought to look at their systems introspectively. Most businesses would not be allowed to “get away with” what the airlines have been routinely getting away with for years. Their explanation is that they handle millions of pieces of luggage and only a small percent are lost. I suppose that’s true, but is that excusable? And it’s not only about luggage. It’s about ticket mix-ups, etc. That brings up the second issue: When there is a mix-up or a problem, people can speak up. But our pets can’t speak for themselves. And, technically pets are treated as property.

Also, it’s clear that systems regarding third-party vendors and understanding pets’ needs (not to mention downright empathy) need to be addressed.

I called for United Airlines to create an expert task force to help advise them on this issue. And, while United has been in the news lately, this issue doesn’t solely fall on the wings of one airline—the problem is industry-wide. In part, United gets hit more because they fly more pets. No matter, it’s not excusable. The airlines must find a way for pets to fly safely in cabin and in cargo. 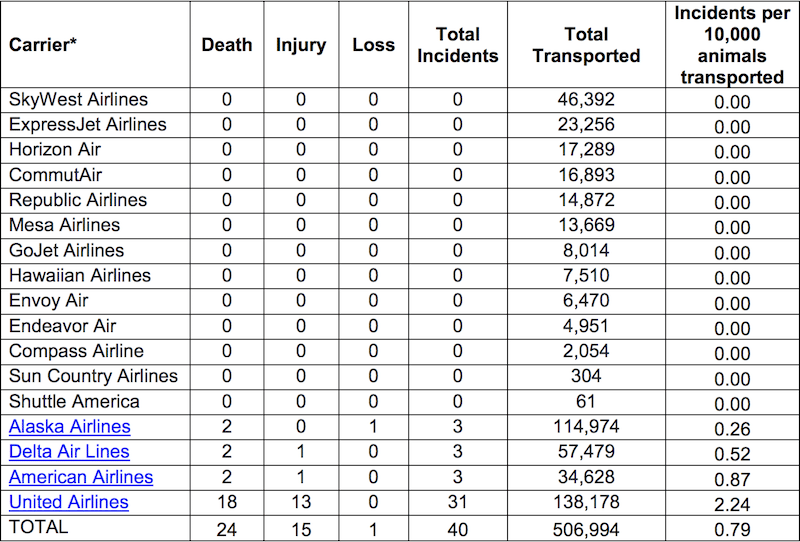