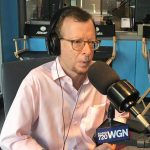 Dr. Weigner explains how the Winn Feline Foundation first began. Beginning with $150 in 1968, today we’re talking about over $7.5 in funding for various cat health studies worldwide. There is no other organization on the planet that exists solely to fund cat health studies.

Dr. Weigner describes a long list of how every cat – from pedigreed cats (purebred cats) to shelter cats to community or feral cats and certainly all pet cats have benefited from studies funded by the Winn Feline Foundation. Included in this list are cats who had dilated cardiomyopathy (DCM), which was once very common causing blindness, illness and early death in cats. Dr. Paul Pion, then a cardiology resident at the University of California, Davis had a theory, which many then considered “pure crazy.” He theorized that cats were suffering from DCM because there wasn’t enough taurine (an amino acid) in cat foods. It turns out, with Winn Feline funding. Dr. Pion was shown to be totally correct. As a result today there is plenty of taurine in manufactured cat foods. 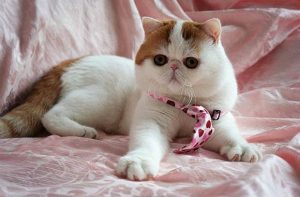 In 2005, the Bria Fund was set up to specifically focus on feline infectious peritonitis (FIP) and has funded over a half a million dollars in research. 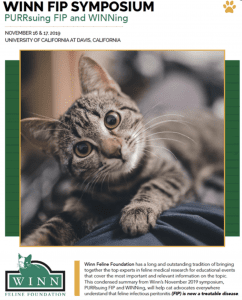 From early on Winn has funded Dr. Niels Pedersen, now professor emeritus at the University of California Davis, and others around the globe – at first to even understand FIP. In November 2019, with Pedersen the lead speaker, Winn and the University of California Davis School of Veterinary Medicine co-hosted a symposium, Purrsuing FIP and Winning. Over a dozen researchers from around the world, once funded by Winn for FIP studies, spoke at this groundbreaking event, the largest of its kind ever to focus on a feline disease.

Dr. Weigner offers many other examples, the difference Winn Feline Foundation has made to likely touch every cat on the planet – no exaggeration. And this commitment to every cat will continue with even more passion.

I also describe how I became involved with the Winn Feline Foundation and launched the Ricky Fund, named for our piano playing cat, to support funding for a common heart disease in cats (feline hypertrophic cardiomyopathy or HCM).

The Ricky Fund has now raised about $200,000 for studies. As a result, there is understanding of prevalence of HCM, and also a simple cheek swab test in Maine Coons and Ragdolls can discern if a simple gene defect exists.

News: Tallest dog ever passes away