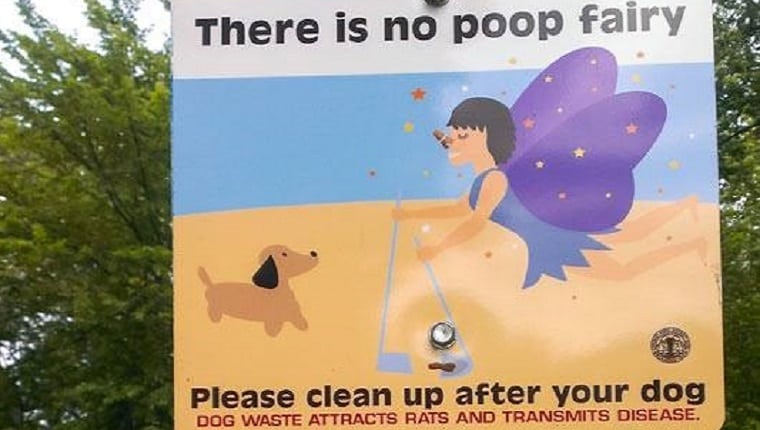 Why don’t people want to pick up their dog’s poop? I guess that isn’t too hard to answer. I get it: It’s shit. Who wants to pick it up? But, there are some pretty compelling reasons to do it, including social pressure (who wants to be called out by neighbors for not picking up dog poop?). 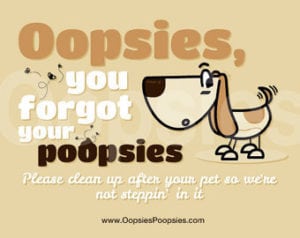 Dog poop is a potential health risk to people, particularly kids who play in the grass and don’t wash their hands. The canine poop may be a hazard for other dogs as well. Depending on where you live in America, issues include some combination of:

Canine parvovirus: Transmitted to unvaccinated dogs, especially puppies, and may be deadly. Don’t let anyone tell you that canine parvovirus doesn’t exist. It does, especially in pockets where people don’t vaccinate, and not picking up after their dogs makes matters worse.

Whipworms: Can tunnel in the wall of intestines for a blood meal and make dogs quite ill.

Roundworm: Occurs more often than people think in humans (especially children) and is sometimes spread to other dogs. In people, there are two primary concerns:

Roundworm can be a real threat

Giardia: Can cause severe stomach upset in people or dogs (one version is “Montezuma’s Revenge”).

Coccidia: Can cause diarrhea, especially in puppies and kittens. 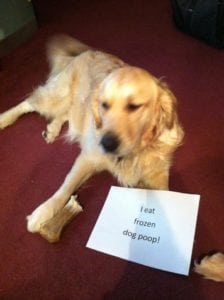 Frozen “poopsciles” are an appetizer or even a main course for some dogs, who apparently enjoy the crunchy referesher, albeit a not-so-healthy taste preference.

Who hasn’t stepped on poo themselves? Scraping it off your shoe is no fun. Only irresponsible and lousy neighbors are that thoughtless.

Experts suggest that letting poop sit on your grass (aside from the smell and attracting flies) is unhealthy for your lawn. And, those flies walking on the poo, and later landing on us or our kids, isn’t healthy either.

In reality, the good news is that there isn’t enough dog poop in any community in the U.S. to seriously threaten to contaminate the health of local drinking water. Still, it’s not a good thing. Ultimately, the feces does run off.

Public officials in some places hear more about dog poop than they do about crime or garbage pick-up. When they hear enough about it, they’re forced to take action. In most communities, it’s the law to pick up; however, there are no “poop police,” and such ordinances are rarely enforced (although they probably should be).

Some cities bend over backward to encourage picking up, even providing plastic bag dispensers on some street corners and in dog parks. 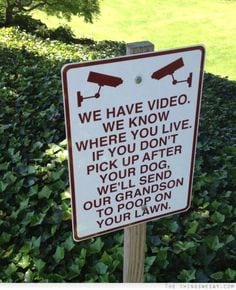 Some condominium developments and apartments have spent the money to genetically test resident dogs, and then they match any errant poop with the offender. The offender pays a large fine. It’s crazy. Another strategy are security cameras to catch those who are guilty, and then they are fined.

Why not pick up in the first place? It’s a culture that requires other dog owners “policing” to be most effective, merely by saying, “I have an extra plastic bag, if you want.” And, pointing out that errant dog poop isn’t only bad for the neighborhood, nearby people—especially kids—it’s also bad for dogs.