One of A Kind: Dr. Mark Goldstein, ‘Don’t Give Up on Your Dreams or Sweat the Small Stuff’ 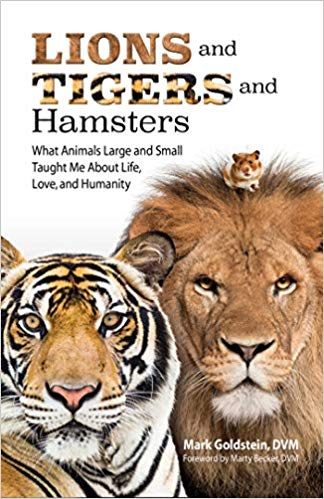 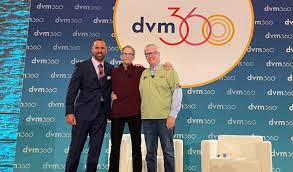 Dr. Mark Goldstein is as versatile as a veterinarian can get, with the longest book title ever: Lions and Tigers and Hamsters: What Animals Large and Small Taught Me About Life, Love, and Humanity.

On WGN Radio, listen HERE as he reminisces and discusses the human animal bond – but most of all  explains that humanity part of the title.

Dr. Mark Goldstein has done it all in veterinary medicine. Here’s a partial list: President/CEO San Diego Humane Society;  senior vice-president San Francisco SPCA; senior staff clinician in the medicine department at Angell Memorial Animal Hospital in Boston. After being hired to head the Boston Zoos, he led a turnaround for the failing inner city Franklin Park Zoo and then headed the Los Angeles Zoo. He also treated just plain dogs and cats.

Dr. Goldstein offers a hot snake story; talks about how an elephant almost ended his life and at the same time fell into a pond of water filled with alligators. He notes that like chimpanzees humans kill with malice as most species do not. However, Bonobo’s or pygmy chimpanzees are just the opposite (like 13-year old guys on steroids).

We discuss the human animal bond, and how over the course of Dr. Goldstein’s career that has intensified.

Today fewer animals – though still too many – are euthanized at shelters, and we discuss this.

Dr. Goldstein talks about not giving up on your dreams, as he still has the letter from Cornell which he was not only rejected but told he could never be a veterinarian. Diagnosed with pancreatic cancer, he’s determined to beat it. No matter he has a message for all of us, which includes, “Be kind,” “Don’t sweat the small stuff,” and please just say “thank you.”

I love this man and everything he stands for.