PACT Act: Why Should We Even Care? 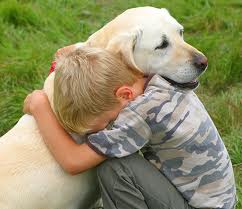 Comment regarding my post on PACT Act — which stands for Preventing Animal Cruelty and Torture, bipartisan legislation which passed the House of Representatives in October and the Senate November 6, and did so unanimously. “We don’t need this. We already have laws about it. What about people cruelty? You’re all more concerned about animals than humans.” T. G, Cyberspace.

This isn’t only a matter of addressing animal cruelty, the PACT Act – and laws like it- address human cruelty. We KNOW that when humans are violent toward animals, they are likely to be violent to one another. Indeed that adage about mass murderers “practicing” on animals first – while not universally true – do have truth to it. In fact, the Link between animal abuse and violence and domestic abuse and human violence has long been understood by law enforcement, and is indeed called the Link.

The PACT act supports animal cruelty as a felony, Currently, animal cruelty is already felony in all 50 states. But the states don’t all have identical written descriptions for exactly what that means. Now, prosecutors can just use the new Federal law (once signed into law by President Trump) if so desired. Also,  Interstate distribution of physical materials or videos (like dog fighting or cockfighting videos) not only won’t skirt the law, but will be a Federal crime. Under the PACT Act, a person can be prosecuted for crushing, burning, drowning, suffocating or impaling animals or sexually exploiting them. Those convicted would face Federal felony charges, fines and up to seven years in prison.

T.G., I do periodically get asked about why I care so much about animals and obviously not about people. That’s a ridiculous assumption. Of course, I care about people. Because I have passion about one topic doesn’t preclude me from also caring about another. And I suspect I am not alone, including all those U.S. Senators from both parties who supported the PACT Act.

Also, like it or not, we are all interconnected. For example, the rusty patched bumble bee has just gone on the endangered species list. I care about them, but also care because all of us who will suffer without these super pollinators. And a part of what’s impacting these bees, such as pesticides, does have an affect on all of us, though perhaps not yet apparent.

Today we know that most animals – particularly mammals – have similar neurochemistry in their brains as we do. For example, dogs – who we have co-evolved with – get hurt feeling, and feel happy just as we do. They feel pain and despair, the same as we do. Twenty years ago, maybe you’d consider such statements as “touchy and feely” coming from a crazed “animal rights” person. Today, it’s science – all of what I’ve said regarding animal emotions is simply a fact.

And finally, I believe – since we know there is that Link between animal cruelty and abuse and violence among humans; I am hoping there is another link. If we are kind to animals, perhaps we are more likely to be kind to one another.