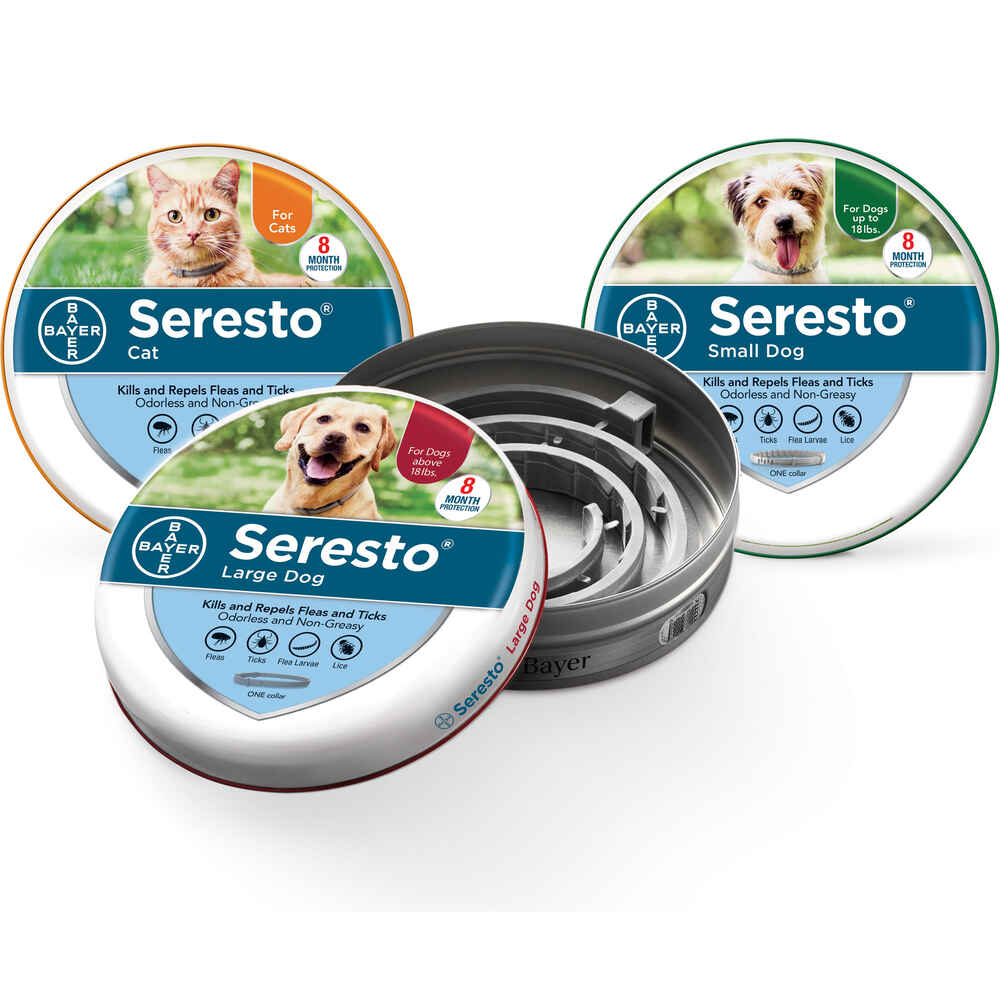 Seresto flea and tick collars have been allegedly linked to 2,500 dog deaths. What’s more, there are reported adverse events linked to humans.

A 23-page report advises a sweeping product recall and criticizes the EPA for not protecting consumers long ago. And thus far there has been no mandatory recall in the U.S.

However, not all in veterinary medicine agree, as I indicated with Lisa Dent on Chicago’s Afternoon News on WGN Radio, Chicago.

For starters, Imidacloprid/flumethrin, the active ingredient in Seresto collars are topical, not systemic. At least, in theory, toxicity causing much more than a mild dermatologic response should not be occurring, and certainly not death. And the National Pet Poison Helpline (an undisputed national leader in animal toxicology) issued a statement just over a year ago, pre-empting the more recent controversy as a result of the Feds meeting on this topic.

And Elanco Animal Health, the manufacturer of Seresto, CEO Jeffrey Simmons, contended to the U.S. House Committee the collar is safe.  Simmons said the collar had been approved previously by the EPA, undergoing more than 80 safety, toxicity and efficacy studies. And that is true.

So is Seresto safe or not? How can it be deemed safe when so many animals and even humans interacting with the product have been sickened? That’s not to mention the tragedy of animal deaths. I’ve broken this all down:

Elanco concedes there’s a lot of counterfeit product available, much of it online but some make their way into pet stores and other brick and mortar retailers where Seresto is sold. Counterfeit  products are often from China, and what these flea and tick collars are made of is questionable. Seresto collars aren’t the only pet product which suffers from counterfeit knock offs. HOWEVER, there’s no way – at this juncture – to understand how many of the illnesses and deaths were a result of the Elanco product or a counterfeit or for that matter, how many counterfeits there are. This is why keeping packaging which a product came in is always important. Counterfeit products look very much like the real deal but aren’t identical. Are nearly all illnesses and deaths associated with counterfeit products only or not? No one can say.

Adverse event reporting in the U.S. is a simple process for pet parents who may report directly to a manufacturer, to the EPA (in this instance) or FDA or through their veterinarian. All reports are counted, no matter how likely or unlikely. For example, if a dog wearing a Seresto collar gets hit by a car, and the pet parent somehow blames the collar and reports the adverse event – it is counted as such. Experts ultimately do go through each individual event and examine one by one, I was one such expert several years ago for another unrelated product. The result of that expert analysis has not (to my knowledge) been made public.

How is the Collar Causing Illness?

The collar is meant to be worn and not eaten. According to the Pet Poison Helpline, since 2013 they’ve managed approximately 400 cases involving Seresto (through May, 2021), the majority of which involved dogs ingesting all or a portion of the collar. Eating the product is far more dangerous to a pet than simply wearing one because the pesticides are not absorbed across the skin, or at least in theory that should not be happening, but for certain they can be directly absorbed from the gastrointestinal tract.

Of the more than 400 cases, more than a third of exposed dogs/cats remained asymptomatic and, for those that did develop clinical signs, the majority were mild and went away without veterinary intervention. Vomiting was the most common sign, experienced by approximately 50 percent of patients. This is unsurprising as vomiting may be caused by both pyrethroids (one of Seresto’s active ingredients) and ingestion of foreign material (i.e., the collar itself). There were other signs of illness as well. However, despite entire collars being chewed and swallowed, there were no reports of death, at least in this time frame from the Pet Poison Helpline.

One hard lesson learned – which I don’t know the solution, and that is how to stop the counterfeit products – which is at least a part of this story and others.

The jury remains out regarding how damaging the real Seresto Collars may be – if at all. No matter, it’s not unreasonable to consider that with the many effective and safe flea/tick products on the market today, that another choice may be considered more prudent. That is a decision to discuss with a veterinarian.

Protection against fleas/ticks is necessary, and with a product that is veterinary recommended, picking and choosing randomly from a pet store or online without veterinary input can be a problem.