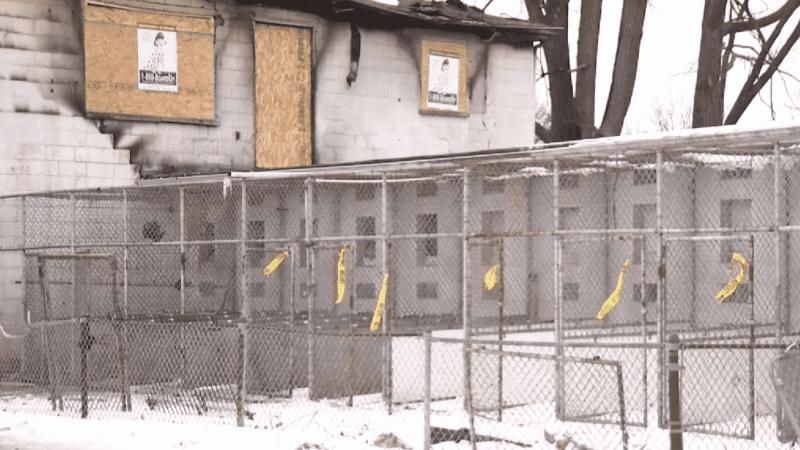 Appropriately fire protections are in place for children in day care facilities, but sadly not for dogs or cats in boarding facilities. I thought we NEED protections in place, a pet fire safety bill, and now there will be a law to support this in Illinois. I speak with Illinois State Senator Donald DeWitte (33rd district), and Marc Ayers, Illinois Director of the Humane Society of the United States. Listen HERE to our conversation from on Steve Dale’s Pet World on WGN radio.

When over 30 dogs were killed in a fire in West Chicago at Bully Life Animal Services (formerly D and D Kennels),  2N442 County Farm Road on January 14, I thought this must never happen again.

I was roundly criticized when I had the trainer/caretaker of Bully Life on the show, and for even mentioning the GoFund Me effort since allegedly his training methods were aversive. And I responded with a column regarding training methods used even when saving dogs. Are they really being saved?  Allegations regarding overcrowded conditions were, based on evidence, likely true. So perhaps not as many dogs needed to perish in the fire. But I can’t change that, or the allegedly shoddy electrical work, which may (or not) have caused the fire in the first place.

Knowing that kennel fires occur all too frequently, I thought what can I do? And that’s when I approached Ayers.

Here’s what the proposal and soon to be pet fire safety bill mandates: Kennels and boarding facilities Must have one of the three: A fire alarm system ringing directly to first responders or a sprinkler system or (maybe best of all) have a human being at the facility 24/7.

DeWitte notes there were a pawful of “no” votes in the House, because it’s an unfunded mandate. In truth though if the cost is passed on to pet owners – we’re talking maybe tops a dollar a day. And what pet owner wouldn’t pay that to insure safety for their beloved family member? This law won’t put anyone out of business. In the senate the bill passed unanimously, which nearly never happens in Illinois.

Texters and phone callers wanted to know if fire protection for horses might be next? And Ayers comments on that.

Also, fire fighters texted about how they like this bill, which goes beyond saving animals. For one thing, in West Chicago, had the firefighters arrived earlier it’s likely more animals would have been saved, DeWitte says.