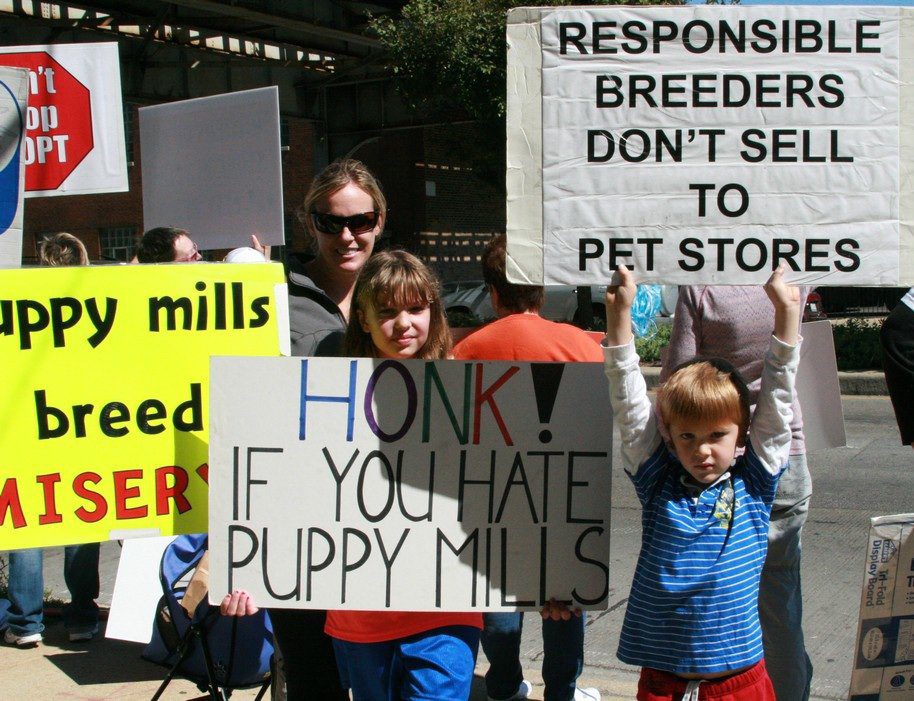 Chicago Animal Care and Control (CACC) and also Chicago’s department of Business Affairs and Consumer Protection (BACP) are taking decisive action against pet stores for ignoring the City Council ordinance passed in May to ban retail sales of dogs, cats and rabbits. In 2015, Chicago passed a similar ordinance to limit pet store sales, and instantly three pet stores circumvented the law, arguably partaking in consumer fraud in the process, and getting away with it.

Again, three Chicago pet stores continued to sell dogs after the passage of the updated May ordinance. However, this time around, they’re not getting away with it, and this time around there is no loophole to find in the law.

The citations are for various alleged violations, some revolving around paperwork as to where the pricey puppies were truly from (alleged rescues which are not rescues but instead alleged to be puppy mills) or individual dogs not matching up with the paperwork for that specific dog. Also, there are neglect charges, such as no available water or filthy cages at the time of inspection. (As a side note, it’s hard to believe the Illinois State and Chicago Veterinary Medical Associations continue to stand by pet stores selling dogs and cats who are being charged with animal neglect).

Each individual citation is reportedly for anywhere from $500 to $1,000.

And there’s more…..additional charges being filed by BACP for business related offenses (the specifics of which are unavailable as of this writing).

Pet Luv Pet Center has since closed its doors, the explanation for the closure is unavailable at this time, but may have been the pandemic as well as being forced to no longer sell puppies. Park Pet Shop is a full service pet shop, and according to sources they will stay in business, comply with the law and no longer sell puppies.

The most vocal opponent of the Chicago ordinance has arguably been Lane Boron, owner of Pocket Puppies, and according to sources, he will close his Chicago location at the end of the month. If that’s true, he’ll likely continue to sell puppies at his Arlington Heights location – but likely not for long as Illinois Governor J.B. Pritzker is about to sign a statewide humane ordinance similar to Chicago’s, prohibiting dog and cat sales at pet retail stores.  Of course, legitimate shelters and rescues can continue to adopt via pet stores, and hobby breeders – who work on a small scale – may continue as well.