Pets Teach Empathy, And Empathy Trumps All Else 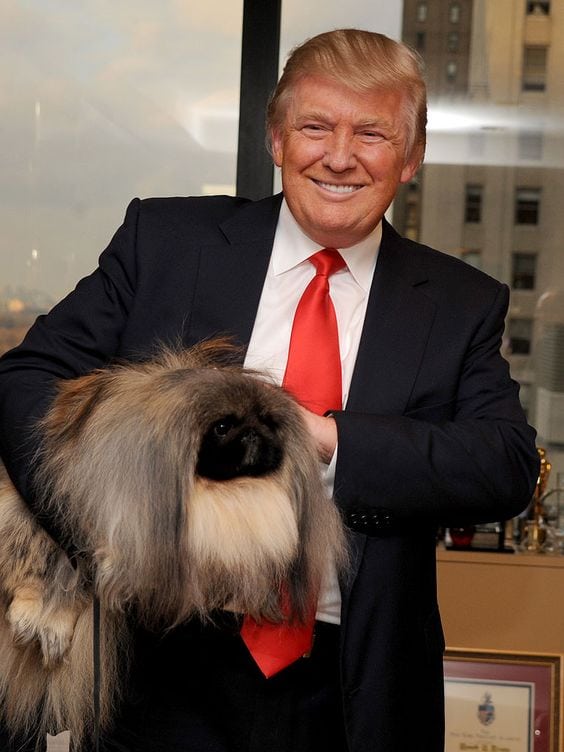 I believe I write about making our world a better place as dogs and cats give us a daily dose of unadulterated goodness. Pets also teach us empathy daily. Studies confirm that children growing up with pets are more empathetic adults.

I agree with President Elect Trump on many issues, from keeping our military strong to maintaining as many jobs as possible within our borders.

To be an effective President also requires empathy, a quality I have not previously noted in Trump but hope to see moving forward.

Empathy is the ability to truly feel what it may be like to walk in someone else’s shoes… to be caring and loving – to want to help others because you want to – because it is the right thing to do, and for no other reason.

Republican or Democrat, I worked with enough public officials to be as cynical as anyone else, but have also met wonderful individuals who truly want to serve to make their community and the world a better place. Long before Twitter accounts and TV coverage could capture the moment to harvest voters, public officials hugged people and kissed babies solely because they really did care. Time will tell if Mr. Trump can demonstrate empathy, which begins with the home we all share – our planet.

Call it Global Warning or Climate Change, or whatever you like but the hole in the ozone layer does exist. It’s real. You can see images of it. I’m not sure how what is real can be denied.

Thousands in Australia and New Zealand that have died of skin cancer as a direct result, and for citizens of these nations, the mere notion that climate change isn’t real is incomprehensible because they live with it daily.  Scientists from nations worldwide agree that our very planet is imperiled. Trump has called the words of these scientists “a hoax.”

I’m sure political gurus can tell me how climate change has become a political issue in America, the only nation in the world where the issue has become politicized . In the end it doesn’t matter –the climate doesn’t really care if you are Democrat or Republican.

Simultaneous to the issue regarding climate, our plant is also at risk as a result massacre of wildlife and plant life, and degradation of the land the land they inhabit. Some believe that human beings are above whatever affects pesky insects, plants that are disappearing before even being described by scientists (to potentially provide medical benefit), or species as diverse as poison arrow frogs to African elephant.

We know what affects one species will impact another – even us, yet we continue to destroy animals who share our planet, in part, because we can.

Prince William and Prince Harry of the UK are spending money and time desperately trying to save our planet, and the plants and animals who share it with us.  Soon to be American “Princes” Donald Jr. and Eric Trump spend a great deal of money (albeit their own money) hunting big game, including endangered species (illegal by international law, though some countries are so money strapped they don’t care).

Donald Sr. has defended these acts, proudly touting his sons’ marksmanship. Maybe they are expert marksmen, I don’t know…If so, perhaps they can serve is the U.S Military, rather than kill defenseless animals.

There’s no doubt that Trump won the election riding on a wave of mistrust and anger, and during the election he only stirred the water – creating a massive tidal wave of support.

However, it’s one thing to get into office, and another to work with others, from the other party to other nations. Dogs and cats have taught be the value of positive reinforcement – it works to motivate our pets, but also to motivate others, and empathy helps to understand others.

When President-elect Trump famously spoke about Mexicans as “murderers and rapist,” I was offended. Right there, he lost my support – and that was literally day one of his campaign.

How can you speak with people you attack and expect them to respect you? Besides, I’ve been privileged to visit Mexico many times. I know that ‘Mi case, su casa’ is more than expression. The culture is as warm and welcoming as any on the planet. I am unsure the Trumps would offer their homes to strangers, most Mexican would.  I learned long ago that people are people, from the smiles and hugs I received from people in Rwanda who have so little based on our standards to friends who happen to be Muslim and are very much Americans.

Kindness, Mr. Trump, begets kindness. . . and the reverse of that is true all well.

I believe this is a universal law of human nature.

Trump supporter or not, we all want to see a lower unemployment rate, medical attention with higher quality and more affordable costs, the ability to save for that “rainy day,” the ability to go about your life certain neighborhoods without fearing for your life and the ability to live your life celebrating freedom we have in America.

Most of America and public officials did not vote for Trump. That’s a lot of people who will need to adjust, However, if Trump is to be effective he will also have to adjust, and to practice empathy.

Moreover, we all agree on one more thing. We all hope that our great great grandchildren have a planet to live on, and if we don’t take action sooner than later, there will be a terminal price to be paid.