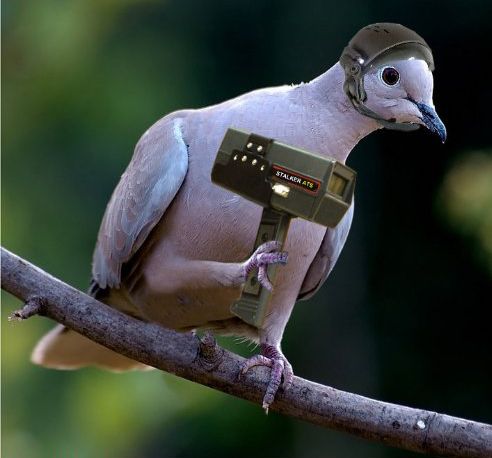 A Pakistani pigeon was arrested by Indian law enforcement on suspicion of being a spy.

The suspected feathered agent flew over the contentious border between Pakistan and India and was apprehended due to a suspicious ring around its ankle printed with numbers.

The numbers turned out to be the cell phone number of the pigeon’s owner. After a thorough investigation, and questioning the pigeon was deemed not to be a threat to national security and was set free.

“It was just an innocent bird,” police told Reuters. But before you laugh it off, you should know that this wasn’t the first case of avian espionage in the area: In 2016, a pigeon was taken into Indian custody after it was found with a note threatening Indian Prime Minister Narendra Modi.

During World War I, pigeons were outfitted with tiny cameras and released over enemy territory. As the birds flew, the cameras clicked away, snapping photos. And ever since some countries have used the birds as a double OO7.

Perhaps, there is also a concern that the birds could flock together and organize a coo.