For so many dogs, sheltering in place at our homes is a dream come true. But what’s next? Here’s the segment I did for Good Morning America on increased separation anxiety. 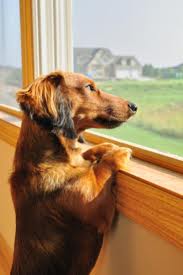 I suggest this separation distress will occur most likely among the three following populations of dogs in particular:

There are steps you can take right now so prevent or at least modify the level of separation anxiety that could occur when life returns to whatever normal will look like.

While it’s great so many of us are taking more walks with our dogs, I suggest everyone in the family takes some walks without the dog, leaving the pup home alone. If you happen to have a shelter/rescue dog that’s not yet been left home alone or a dog with previous separation issues, take it slow and only depart, at first, for five or ten minutes. 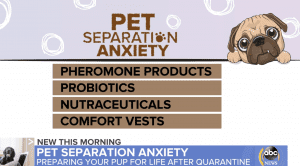 Before you depart leave out (safe) treats. Stuffed cookies or low fat and low salt peanut butter inside a Kong toy or sterilized bone left somewhere out of reach, but so the dog knows its there. The dog focuses on that instead of your departure.

Ask for your dog to sit, and then deliver the treat as you depart. 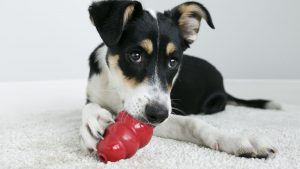 Another idea is to offer a meal or treats in various toys, or kibble or treats scattered around the house. Either way, assuming your dog is food motivated, if you find the food isn’t touched when you are back home, that’s a significant red flag. Of course, you could find the pillows destroyed or the front door scratched at which makes it clear you have a problem.

If there is no issue – great! . Leaving your dog home alone periodically is actually the right thing to do for you dog because ultimately few of us are home all the time, and life will ultimately return to normal.

If your dog either falls under and of the three categories above or fails the separation test – the good news is that there actions you can take right now. 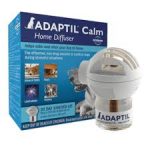 *If your dog is described as generally anxious, lower that level of anxiety. For starters, consider a pheromone product, called Adaptil. This is a copy of the comforting pheromone naturally found in the milk of nursing dogs. Adaptil is available at many pet stores and online as both a diffuser (you plug into the wall) and a collar.

Another idea for generally anxious dogs is the Thundershirt, which may come with Thunder-Ease (same as Adaptil). The Thundershirt Itself wraps around the dog (kind of like a vest or shirt) and has a swaddling calming effect on many dogs.

*You may simultaneously use Zylkene, a nutraceutical capsule (or you can pull the capsule apart and sprinkle the powder inside on moist food). 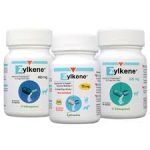 You know how grandma used to say, “To help relax at night, drink a warm cup of milk.” It turns out granny knew best. And what’s good for you is also good for your pup. Zylkene contains bovine-sourced hydrolyzed milk protein, an ingredient with calming properties (though it doesn’t typically cause any drowsiness).

Zylkene is available online and via Amazon.com; though very safe, it’s best to consult your veterinarian before giving to your dog. 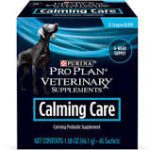 *Calming Care is a probiotic from Purina ProPlan Veterinary Diets; simply sprinkle on the dog’s food. The stomach and the brain are indeed connected. A six-week supply of supplements contains a strain of beneficial bacteria known as BL999 that has shown to help keep dogs calm during stressful situations like separation. While available at Chewy.com and elsewhere online, ask your veterinarian before purchasing.

*CBD: Anecdotally, CBD (cannabidiol, is a non-psycho-active chemical compound from the Cannabid sativa plant) has shown to relieve anxiety, and even help some dogs deal with separation distress. However, to date, there’s no science to specifically demonstrate this use. Not all CBD products are equal. Contact your veterinarian before trying.

I am intrigued and impressed with new technology, called the Calmer Canine. 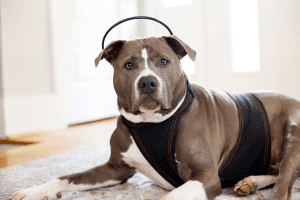 This product can help to deal with generalized anxiety, but was specifically developed for separation anxiety. 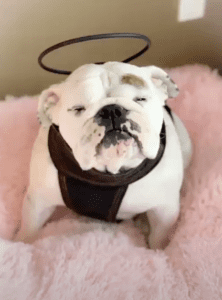 Yes, the Calmer Canine helps dogs with current separation anxiety, but can also prevent the problem. If you can check off any of the first three on this list, indeed now is the time to start.

Crate training is generally a good thing, but not always for dogs with separation distress

It’s simply untrue to think that dogs with separation anxiety will soon realize that eventually their people are returning, and that anxiety will ease all by itself. In fact, left untreated the anxiety more often worsens over time. We don’t know exactly what these dogs are thinking. Perhaps they are in the moment believing their people are never returning, or just experiencing separation from those they love is something they can’t tolerate it.

With all the stress that many families are feeling financially, I am worried that dogs may more likely be relinquished to shelters for reasons which they may previously have tolerated. And that landlords or neighbors may not be as patient regarding excessive barking, potentially even seeking an excuse to see certain tenants depart. 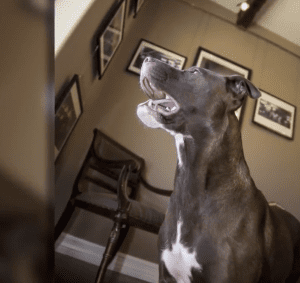 More You Can Do

To really determine what’s going on when you’re away – to see if the mice are at play – camera systems are inexpensive to set up. You’ll want to point your primary camera to the door family most often departs from, at least in most cases.

Signs of separation anxiety include (but aren’t limited to):

It might not be a bad idea to hire a dog walker even before returning to your routine. While it sounds crazy – the walk offers fun independence from you and your family, and also provides work for the dog walkers. Be careful regarding of the leash handoff; wash your hands.

Music – studies demonstrate that background music, particularly classical music may help to sooth nervous dogs when you’re not home. A talk radio station or the TV playing might do the same.